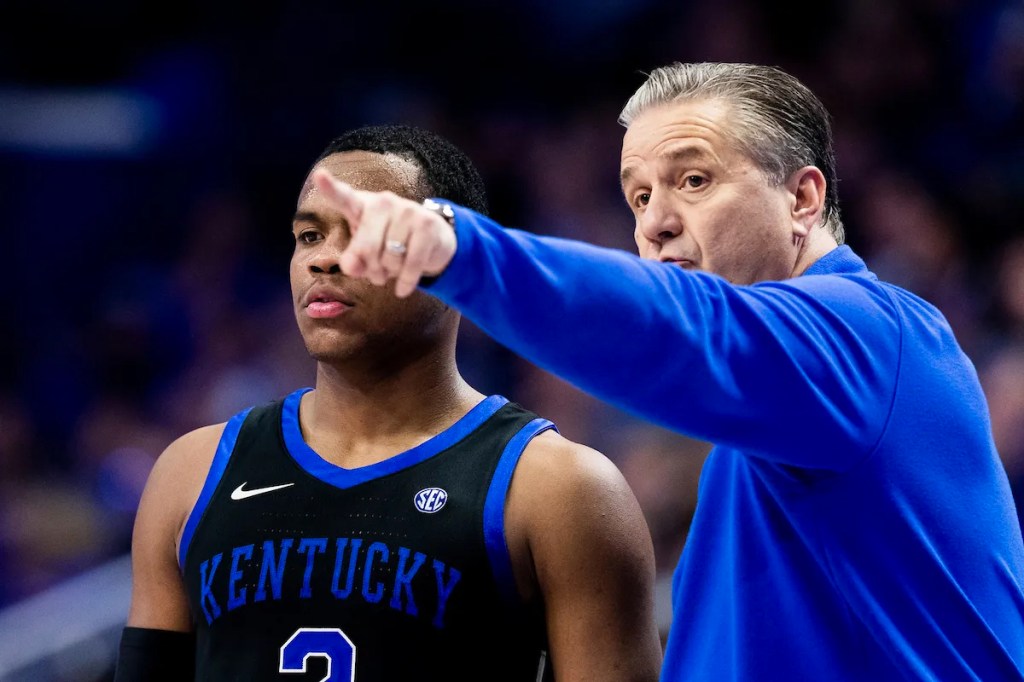 UK coach John Calipari, here instructing guard Sahvir Wheeler during the Cats’ recent win over Florida A&M, says his team has to be better in all phases of the game to compete in the SEC. UK Athletics photo by Chet White

John Calipari is stressing patience as Kentucky switches its focus to the Southeastern Conference portion of the schedule during the final week of the calendar year.

The 19th-ranked Wildcats (8-3) have had little trouble against non-conference opponents, but have struggled against Power 5 conference foes, losing to Michigan State, Gonzaga and UCLA. Eleven games into the season, Calipari is still figuring out his squad, and started Chris Livingston and Lance Ware in an 88-68 win over Florida A&M in the team’s last outing on Dec. 21.

“I’m not budging … combinations matter with this group,” the Kentucky coach said. “We’re going to have to have some good combinations. We’re still a work in progress, and I would tell everybody, just be patient. You know, if you’ve watched me work and coach in the past, it takes time to get it all together, and I’m not panicked. … I’m the biggest proponent for guys in (the locker) room.”

Still, the Kentucky coach said the Wildcats have “got work to do now.” Calipari wants his squad to get back to being consistent on defense. After holding UCLA to 63 points on Dec. 17, Kentucky surrendered 68 points to the Rattlers.

“We didn’t defend (against Florida A&M) like we’ve been defending,” he said. “It’s crazy. I mean, the one thing that we could rely on is that we would really, really guard. They beat us on the bounce, they beat us shooting threes, they beat us offensive rebounding.”

Kentucky is one of six SEC teams in the Associated Press Top 25, but Tennessee (No. 7), Alabama (No. 8) and Arkansas (No. 9) are ranked above the Wildcats. Arkansas, LSU, Mississippi State and Missouri are each off to an 11-1 start, with the Tigers the lone team among the three not ranked.

While defense is a priority for Calipari, he seeks improvement from the free-throw line. As a team, Kentucky is shooting 66% from the charity stripe. CJ Fredrick and Livingston are the top two are are a combined 27-32 for the season, while the rest of the team is 106-168 on the season. Fredrick has missed just two free throws on 14 attempts.

“In the Power Five Gonzaga games, we’re shooting 58 percent from the foul line — 58 percent,” he said. “You can’t win games shooting 58 percent. We’re taking four more threes than all those teams per game. Four more. So you’re doing some things different, but making free throws is how you advance. We’ve got to do it. We haven’t been doing it.”