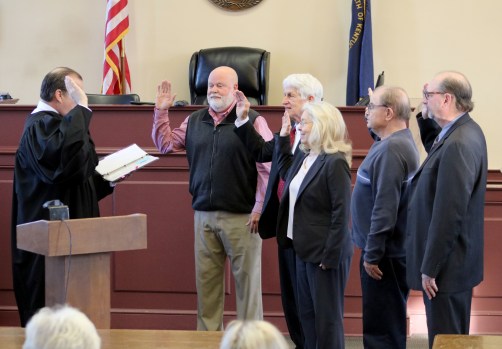 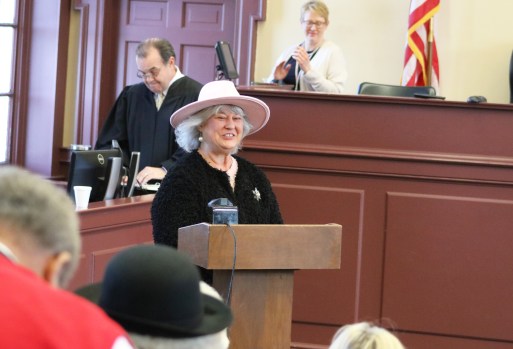 New Judge Executive Trille Bottom makes a speech after her swearing in. Photo by Lance Gaither. 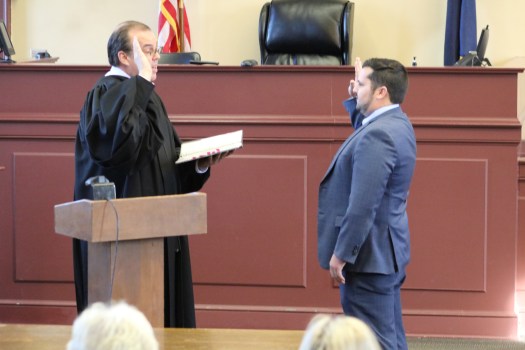 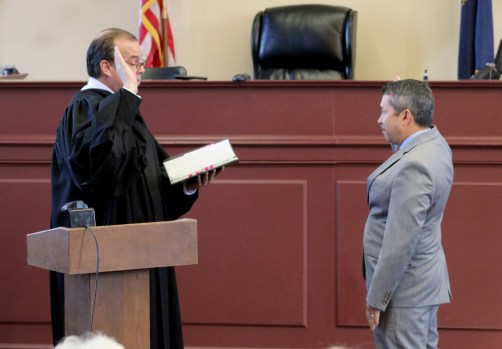 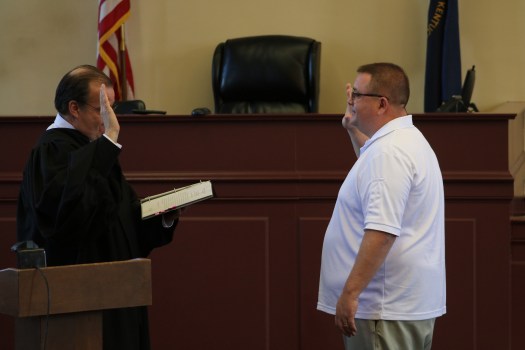 Coroner Eric Guerrant was sworn in. Photo by Lance Gaither 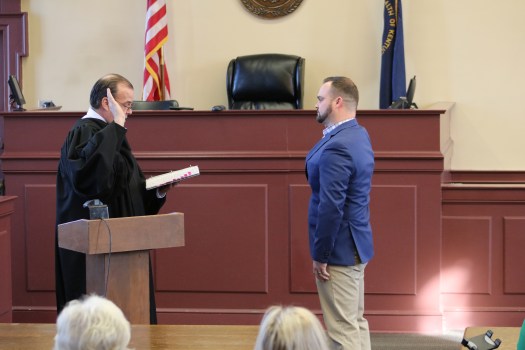 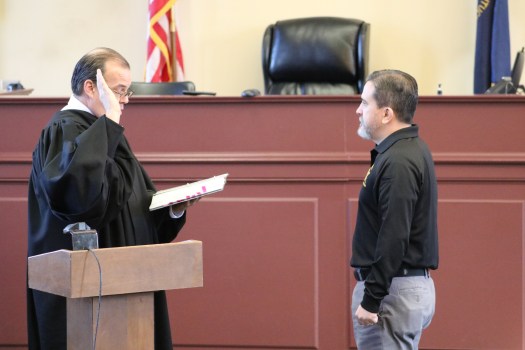 Jailer Brian Wofford was sworn in. Photo by Lance Gaither.

“Thank you all who came out today to support not only me but all the elected officials getting sworn in today,” said Bottom after her swearing in. “We are very thankful and blessed to be here in this court room and carry out history. A new day has donned here in Danville and Boyle County. We are going to move forward and do great things. We are going to make Danville and Boyle County the best it has ever been.”

Paula Bodner, Barry Harmon, and Steve Sleeper will be new members of the court. Barry Harmon is eager to serve the people of Boyle County and thinks his previous experience as county jailer will help as he joins the court.

“I want to be a servant to the best of the county and the cities that we serve; it’s a lot better than being in jail all the time,” Harmon said. “I’ve attended two fiscal court meetings every two weeks, Boyle and Mercer, when I was jailer. The court isn’t a stranger to me but serving on it is going to be different. With my background I can be a strong venue to tap into. I think I know what direction we need to go. This is our community and we want to keep it a community.”

As a magistrate, Harmon would like to see the jail modernized and is open to moving it to a new location.

Other positions sworn in at the ceremony include Patrick Barsotti as District Judge for the 50th District, Casey McCoy as County Clerk, Brian Wofford as Jailer, and Taylor Bottom as Sheriff.