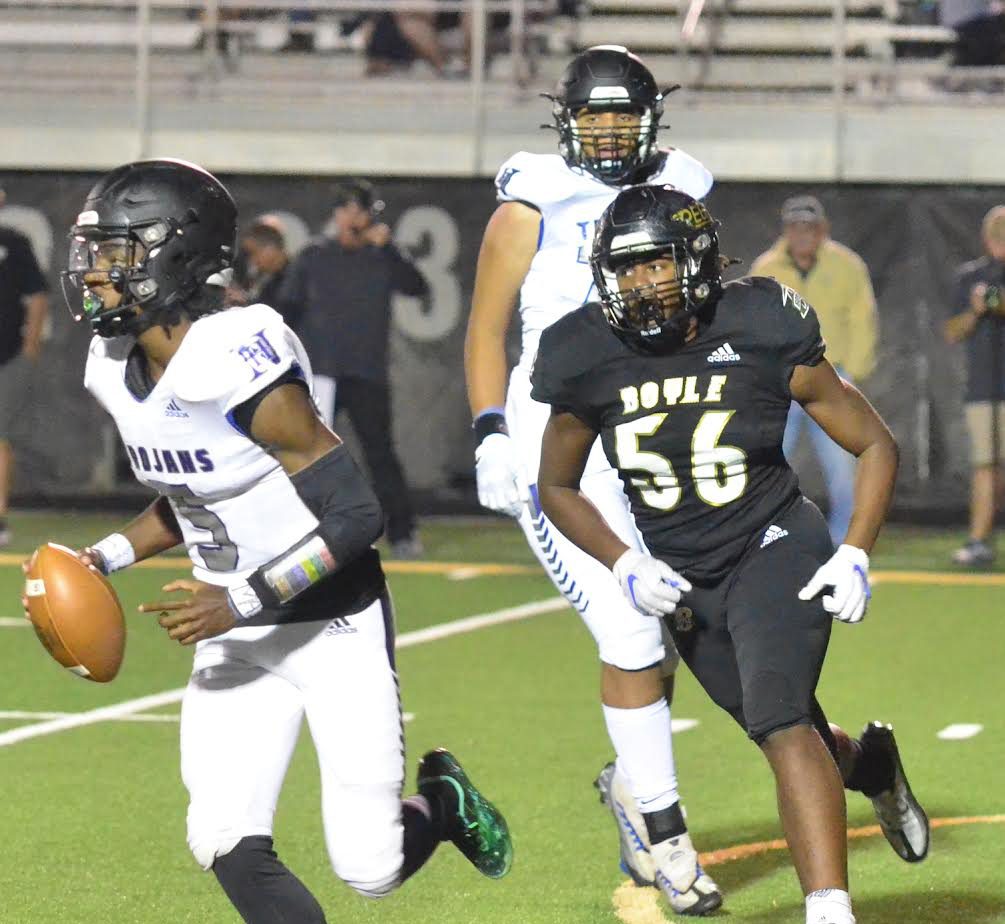 Make it three in a row for Tommy Ziesmer.

The Boyle County defensive end has been voted The Advocate-Messenger Area Lineman of the Year for the third consecutive year in balloting of local coaches.

Ziesmer has been a ferocious pass rusher throughout those three seasons, and he shined as a senior for a Boyle team that won its third straight Class 4A championship.

After committing to Kentucky in the offseason, he led the Rebels in tackles for loss (20), sacks (9) and forced fumbles (3), and he ranked second on the team with 83 total tackles, an average of 5.5 per game.

“He’s just a kid who’s been challenged (and who’s done) everything that we’ve asked him to do,” Haddix said.

That was particularly true this season, as he became a regular on Boyle’s injury-riddled offensive line,

“I mentioned to Tommy that for us to win and get the best out of our team, we’re going to need you to play offensive line, too, (and he said,) ‘I got you, Coach,’” Haddix said. “That’s just the kid that he is and the kid that I’m going to miss.”

Ziesmer even scored the winning touchdown in the state championship game earlier this month, scoring on a 7-yard run to provide the winning margin in the Rebels’ 32-26 victory over Corbin in the Class 4A final.

Ziesmer is rated as a three-star recruit and ranked as the No. 8 player in Kentucky in the Class of 2023 by 247sports.com, and Haddix said he can’t wait to see the player Ziesmer becomes in a few years.

“He is the most talented kid I’ve ever coached just as far as all the things he can do, how fast he is, how strong he is, what he does in the weight room,” Haddix said. “Obviously it’s a step up in the SEC, but the sky’s the limit for Tommy.”