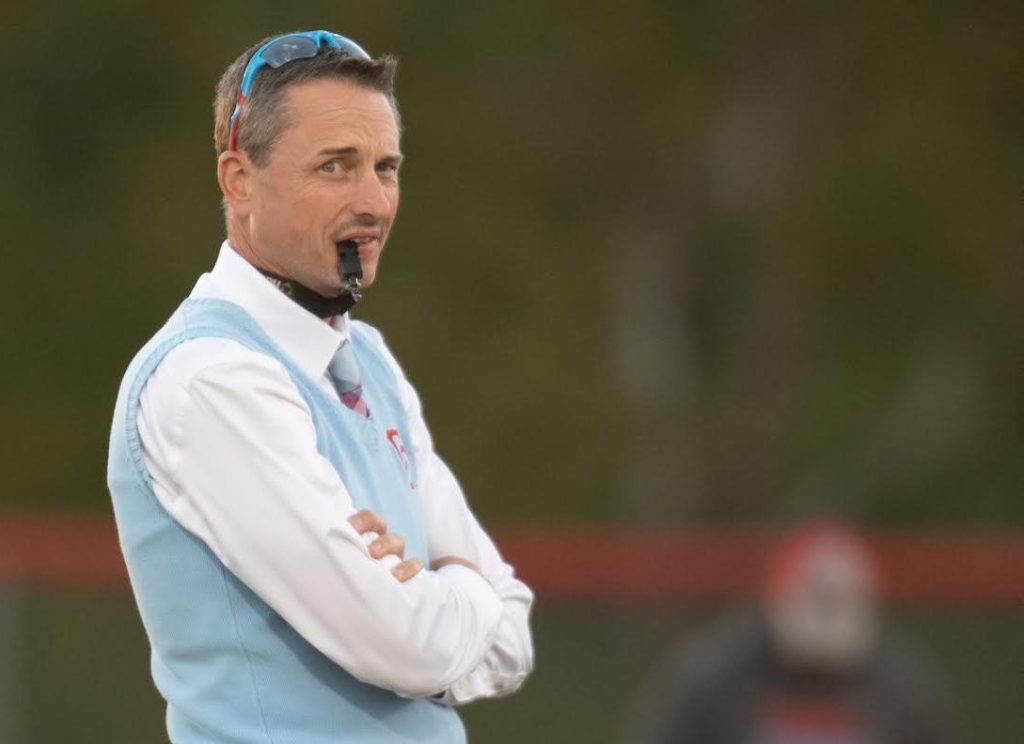 Casey County’s Steve Stonebreaker was named All-Area Coach of the Year by his peers. Photo by Chris Zollner/Carpe-Imago Photography

Stonebraker led the Rebels to one milestone after another in two stints as their coach, including a most unlikely championship in what turned out to be his final season in Liberty.

Stonebraker, who was named the new coach at Adair County this week, was voted The Advocate-Messenger 2022 Area Coach of the Year after guiding the Rebels to the school’s first district title this fall.

It is the third time Stonebraker has won the award determined through balloting of local coaches. He was named Area Coach of the Year in 2000, when Casey had its first winning season and first postseason appearance, and in 2016, when he led the Rebels to their first regional championship game after the first two playoff wins in school history.

This year’s Casey team was picked to finish last among the five teams in District 3A-2 after a 2-8 season in 2021. However, the Rebels got off to a 5-1 start, finished the regular season 7-3 and routed Webster County in the first round of the Class 3A playoffs before falling to Paducah Tilghman in the second round to finish 8-4.

“This team was the first in the 50-year history of the program to be called ‘champions,’” Stonebraker wrote in a Facebook post following the season-ending loss. “We accomplished so many things and had so many great moments this year. … It was truly a blessing to coach these players and coach with a great group of assistants.”

Casey defeated Adair, Taylor and Hart counties to clinch the district title before the final week of district play.

“This isn’t even close to being one of my top three most talented teams at Casey County. But, this is the team that did it!!” Stonebraker wrote in another Facebook post following the clinching win over Hart. “And for the history of this program, a program that has fought against all odds, for this to be the team that has brought home the first ever championship is something for all to smile and relate to.”

The Rebels concluded the regular season by beating Estill County 29-22 on a touchdown with 4 seconds to play in a game in which 10 starters were out due to injury or illness.

Stonebraker became the youngest head coach in Kentucky at age 23 when he came to Casey in 1999. He quickly transformed a program that had never had a winning season and had gone 1-48 in the five seasons before his arrival.

He posted a 54-41 record in nine seasons at the school, leading the Rebels to five of the seven winning seasons in the 50-year history of the program.