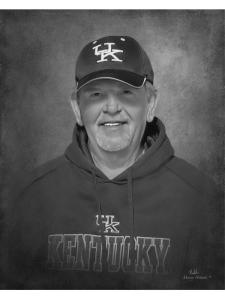 Mr. Herbert Lee “Herb” Parker, age 67, of Madison, Indiana entered this life on March 25, 1955 in Louisville, Kentucky. He was the loving son of the late Thomas Lindsey Parker and Jennie Irene Miller Parker. He was raised in Danville, Kentucky and graduated from Danville High School. Herb was inducted into the United States Navy and served during the Vietnam Era. After his service in the Navy, Herb began working for Kentucky Utilities in Ghent, Kentucky. Herb moved to the Madison area in 1978 and became involved in the community immediately. He was united in marriage to Patricia Hereford and they owned and operated the Nex-Dor Lounge and the Best Western in Madison for several years. He then owned the Frischs Franchise in Madison from 1996 until his retirement in 2016. He had also worked as a real estate agent for Remax and was a contractor. Herb had built many houses in the area and owned his own construction company, “Signature Builders”. Herb enjoyed his companionship with Lee Ann Eisert for the past 30 years and they enjoyed traveling, camping, sitting around the camp fire, and spending time with friends and family. Herb was a member of the Madison VFW Post No. 1969 since 1998, the Major Samuel Woodfill Post No. 9 of the American Legion, the Madison Chamber of Commerce, he served on the Tif Board, and the Madison Elks Lodge No. 524. He was a past Madison Regatta President and enjoyed attending all the Regatta events. He was an avid University of Kentucky Wildcats basketball and football fan. Herb was a very patriotic man and was proud to have served his country. Herb enjoyed socializing, being with his group the “The Prayer Meeting”, and was well known in the community. Herb died on Tuesday, January 3, 2023, at 7:30 p.m. at the Norton Hospital in Louisville, Kentucky after a brief illness. Herb will be missed by his loving fiancée, Lee Ann Eisert of Madison, Indiana; his step son, Taylor Eisert and his wife Kelsey of Dupont, Indiana; his step daughter, Paige Eisert and her companion Evan Green of Madison, Indiana; his step grandchildren, Henry Eisert, Jayce Jones, and Brooklyn Eisert; his sister, Joyce Parker of San Diego, California; his brothers, Tommy Parker and his wife Carey of Lexington, Kentucky, and Ed Parker and his wife Vicky of Danville, Kentucky; his mother in law, JoAnne See of Greendale, Indiana; his brother in law, John See and his wife Beth of Rising Sun, Indiana; his sister in law, Joni Rucker and her husband O.J. of Osgood, Indiana; and one nephew, several nieces, and others relatives. He was preceded in death by his father, Thomas Lindsey Parker, died January 19, 1964, his mother, Jennie Irene Miller Parker, died November 20, 2012, his maternal grandparents, Walter Sutherland and Carrie Elizabeth Lunsford Miller, his brother, William D. “Bill” Parker, died March 23, 2010, his sister, Bonnie Louise Parker Visty, died March 25, 2008. Private services will be held at the Morgan & Nay Funeral Centre, 325 Demaree Drive in Madison, Indiana. Interment will follow at the Indiana Veterans Memorial Cemetery, 1415 North Gate Road in Madison, Indiana. Memorial contributions may be made to the Jefferson County Animal Shelter. Cards are available at the Morgan & Nay Funeral Centres of Madison and Hanover. Online condolences, remembrances and memorials can be left at www.morgan-nay.com