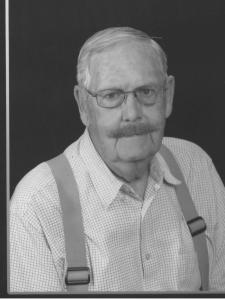 David Lee Crain, 89, passed away Thursday, January 5, 2023. He was born August 28, 1933 in Boyle County, Kentucky to the late Tarlton and Margaret Baker Crain and was the widower of Margaret “Maggie” Crain who passed away in 2019.
David served his country in the United States Army during the Korean War and was a member of Junction City Baptist Church. He was a graduate of the former Junction City High School and was a mechanic in Danville and the Mitchellsburg Postmaster for many years. David enjoyed fishing and camping and he and Maggie used to enjoy attending the Dirt Car Races, where their son, Butch was a driver and they liked going to flea markets.
Survivors include a daughter, Susan (Rick) Alvey, son, Butch (Dana) Crain, three grandchildren, Heather (Brian) Lockhart, Jonathon Perkins, Jacob Crain, Eric (Alison) Pollard and four great-grandsons, Mason, Alex, Andrew Lockhart, and Zachary Perkins.
In addition to his parents and wife, David was preceded in death by three siblings, Nancy Horne, Rosemary Bandy, and William “Billy” Crain.
The funeral service will be 2:00 p.m., Saturday January 14, 2023 at Walden Funeral Home with Pastor Choe Sargent officiating. Burial will follow in Hillcrest Cemetery in Perryville. Visitation will be from 11:00 a.m., to 2:00 p.m., Saturday January 14, 2023, also at Walden Funeral Home.
Serving as Pallbearers will be Daivd’s grandchildren and great-grandchildren.
Memorial contributions are suggested to Susan G. Komen of Kentucky 1201 Story Ave. STE 205 Louisville, KY 40206-1998.