Cats drop another one in a loss to South Carolina; Setback breaks UK’s string of 28 straight home wins 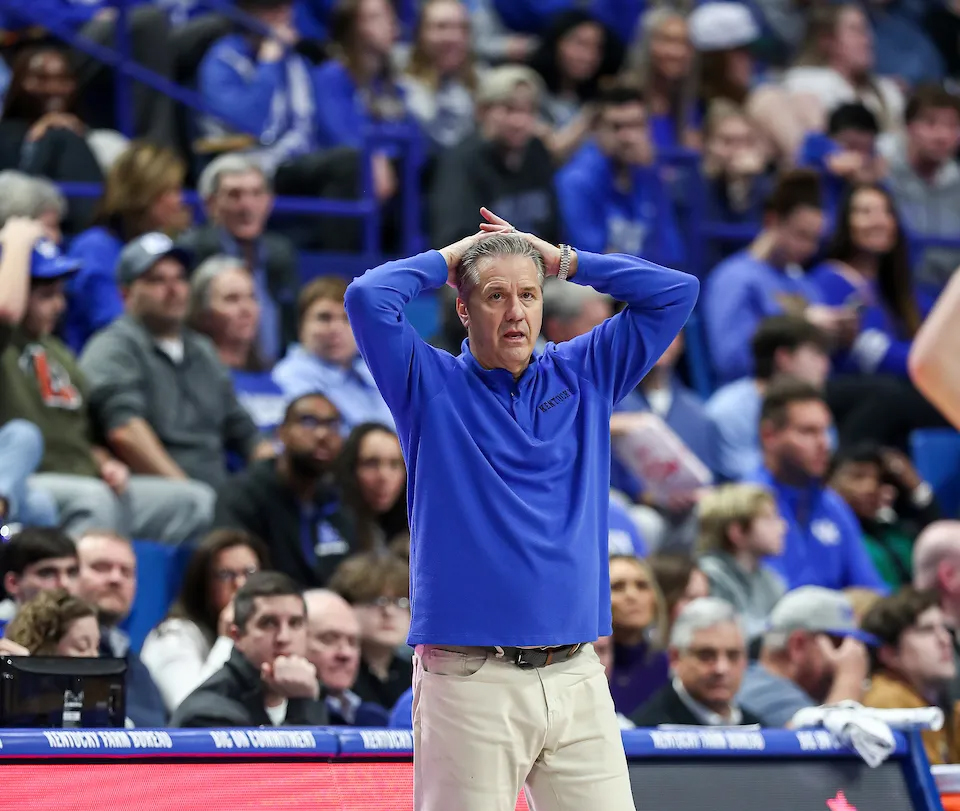 Kentucky was a heavy favorite against South Carolina on paper. It was a different outcome on the court.

The Gamecocks added to Kentucky’s mid-season slump with a stunning 71-68 win over the Wildcats on Tuesday night. Kentucky’s Southeastern Conference-leading 28-game home winning streak came to and end and it marked South Carolina’s first victory over Kentucky at Rupp Arena in 14 years.

The Wildcats (10-6, 1-3 SEC), coming off an humbling 78-52 loss at No. 4 Alabama Saturday, never led and trailed by 15 after the Gamecocks scored 13 of the first 15 points. Kentucky crawled back within striking distance and had a chance to tie the game on its last possession, but missed a pair of 3-pointers as time expired.

“We lost the game in the first half,” Kentucky coach John Calipari said. “In the second half, we hold them to 29 (points) and we did some things better, but in the end, a loose ball we do not get, we did a great job of guarding them and guy runs in (the lane) and gets a tip. We didn’t block him out. Those are winning plays (and) those are the difference between winning and losing.”

Kentucky was shorthanded and without senior forward Jacob Toppin (shoulder), while guard Cason Wallace left the contest in the first half because of back spasms. Wallace scored just four points in eight minutes.

Amid all the circumstances, Calipari offered no excuses for his team’s performance.

“Am I happy? No, I’m not happy,” Calipari said. “I hate losing. We’ve got to do better and better than this and that’s on me. We’ve got to be better. … Are the fans mad? They should be. We lost at home. We don’t lose at home (and) we were down 10 at half. I expect fans to be mad and we have the best fans. I love our fans and I know they may be mad at me right now, but I’ve been here a long time teaching and working and having our fans have a big part of this. All I am saying is be with these kids. They need you now more than they need you when they’re 4-0.”

Kentucky guard CJ Fredrick, who came off the bench and scored 14 points after missing the previous three encounters because of finger injury, was disappointed.

Oscar Tshiebwe led the Wildcats with 19 points and 12 rebounds, but like Fredrick, he wasn’t happy with the team’s third conference loss in four tries.

“We’ve just got to get better,” he said. “… We come to Kentucky for a very good reason, we come chasing greatness. And if you come not willing to fight, it’s going to be tough.”

Mired in a slump to open conference play and rumors circulating regarding a future opening at the University of Texas, Calipari, who is “on a mission” and was “into the game,” urged the team’s disgruntled fan base to direct their frustrations at the head coach.

“Stick with these kids,” Calipari said. “If you want to get on me, that’s fine. I’m the coach. If we weren’t ready to play, then I’ve got to look at me and (say) where were we mentally? I was trying things today to get them in a positive mindset, because it’s hard and it’s hard. This isn’t for everybody, including coaches.”