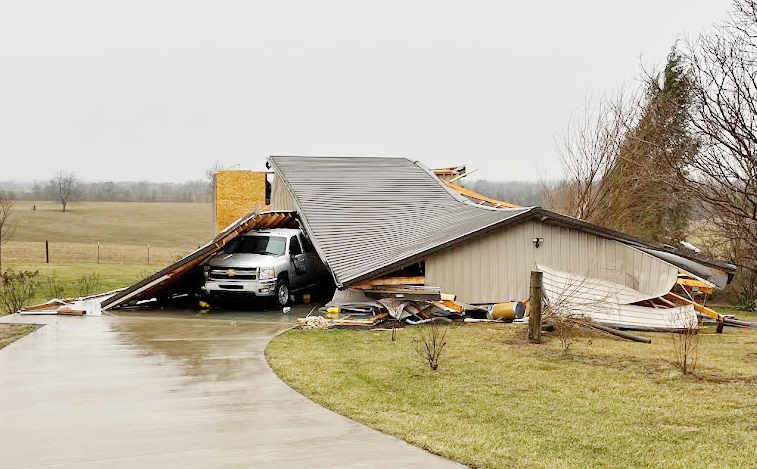 The National Weather Service has confirmed an EF1 tornado did touch down in Boyle County during Thursday’s storm.  The tornado winds reached up to 95 miles per hour.

They determined a touchdown in the Waterworks Road vicinity. It totally destroyed a garage with a truck inside, knocked down trees in the area, and caused minor roof damage to houses and a barn.

“We are grateful to report no personal injuries have been reported,” Bottom said.

Citizens may report damage, roads with obstructions and any other storm related issues to the County Judge-Executive by calling 859-238-1100 ext 118.

The NWS has confirmed six tornadoes in Kentucky. They were in Mercer, Boyle, Madison, Ballard, Grant and Henry counties.