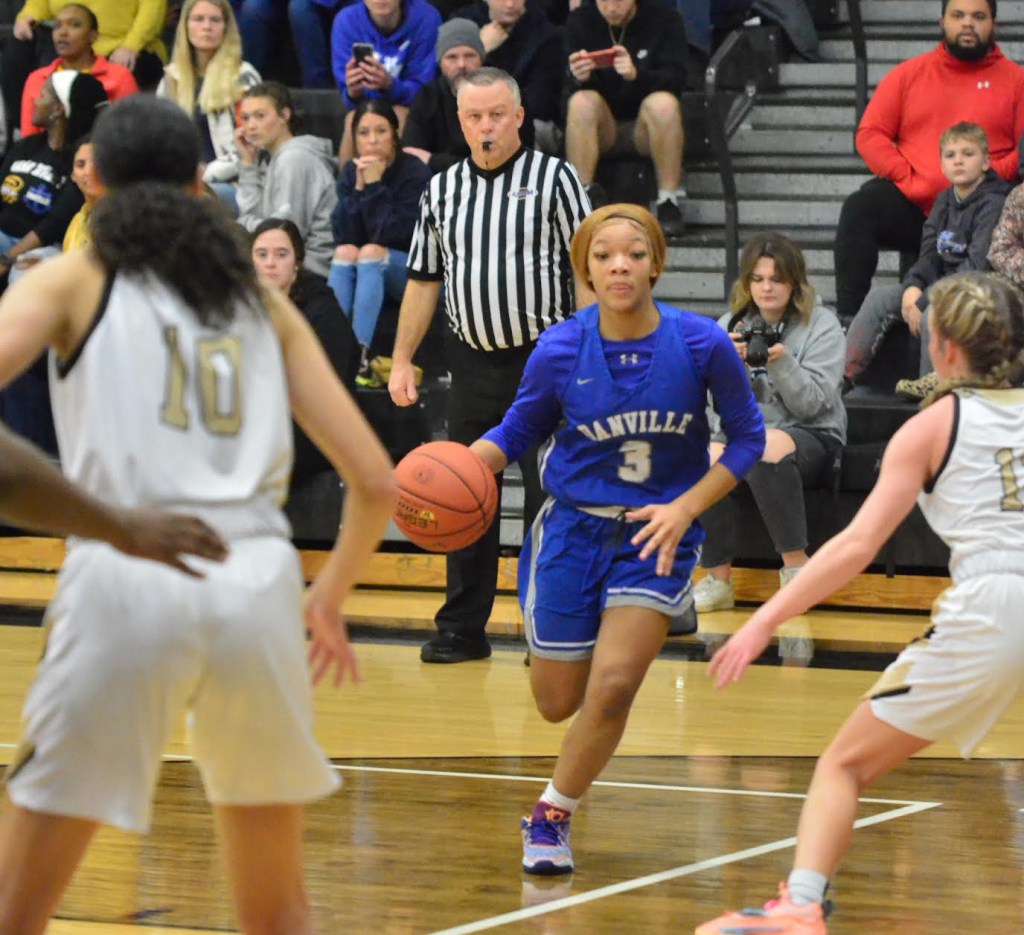 It took a little longer than they might have liked, but the Boyle County boys’ fortunes are taking a turn for the better.

A rocky start and a rough patch in the middle of the season have given way to better basketball for the Rebels, who rebuilt their lineup and had to play catch-up following a long football season.

Boyle earned perhaps its most satisfying win of the season Friday night when it fought off Danville for a 62-57 victory, then trounced Marion County 61-32 some 24 hours later for one of its largest wins.

The win pushed the Rebels up to .500 for the second time this season and a little closer to where coach Dennie Webb would like them to be.

Boyle shot 61 percent and held Danville to 31 percent in the second half Friday to score its fourth consecutive win in the crosstown series.

Montavin Quisenberry had a game-high 21 points for the Rebels, who scored eight of the final 11 points.

Kason Myers had 20 points in the win over Marion in which Boyle opened an 18-2 lead and was never threatened.

“I think they’re starting to figure things out. That being said, we’ve got to turn around and get ready to go again and keep building on it,” Webb said.

After losing six seniors to graduation, Boyle (9-9, 3-2 45th District) lost six of its first 10 games, then lost another three in a row in early January.

“We were really hoping maybe over Christmas break we would have things clicking, and it’s just taken longer than we thought,” Webb said.

Three players in the Rebels’ rotation are in their first year in the program, and two others left the team in early January.

After losing to Wayne, Harrison and Lincoln counties by a total of 15 points, Boyle beat Garrard County by three earlier last week before the first of its two tilts with Danville.

The Rebels took a 56-54 lead with 2:53 left on a Quisenberry basket, then opened a 61-54 lead in the closing seconds after Danville missed 3-point attempts on three straight trips.

“We finally started contesting a little bit better on those 3s,” Webb said. “We knew we were going to give up some 3s playing the zones we were in, but we tried to get them to at least contest and get out there and get a hand up. We did a little bit better job of that in the second half, and they just missed some, too, that they hit in the first half.”

Danville was 6 for 17 from 3-point range in the first half and 3 for 17 in the second. The Admirals also had nine second-half turnovers, were outrebounded 39-25 and missed seven of 11 free throws as they remained winless in district games.

“There aren’t any moral victories in the district,” Danville coach Ed McKinney said. “I love our kids, I thought we worked our tails off, but there’s nothing good that comes from losing a game in this district because it just sets you up terrible in the district tournament. We’ve got a good enough team to play with everybody, I think, but if you don’t start winning some games … it’s going to be a long road.”

Dunn led Danville with 18 points and 10 rebounds. Owen Barnes, playing with a brace on his hand after breaking a bone in the hand a week earlier, had 15 points and Jarius Bryant added 13.

Tarter had 11 points and 17 rebounds in Boyle’s rout of Marion on its inaugural Heritage Night.

Boyle will be away from district play until a Feb. 3 rematch with Lincoln, but it has three tough opponents before then in Collins, Madison Southern and West Jessamine.

“Having a little bit of pressure off, not having district games, does help a little bit, but we’ve still just got to keep rolling,” Webb said. “We don’t have time not to be playing well.”

The Lady Admirals trailed 2-1 before that run, which included nine points off six Boyle turnovers, and they went on to lead 26-3 early in the second quarter before the Lady Rebels got their second field goal.

Love Mays had 18 of Danville’s first 26 points, and she finished with 33, surpassing the 30-point mark for the third time in four games. Bryn Gooch added nine points and Desiree Tandy had 11 rebounds for the Lady Admirals.

Ella Coffey scored 11 points and Payton Bugg had eight rebounds for Boyle, which had won seven of its previous eight games.