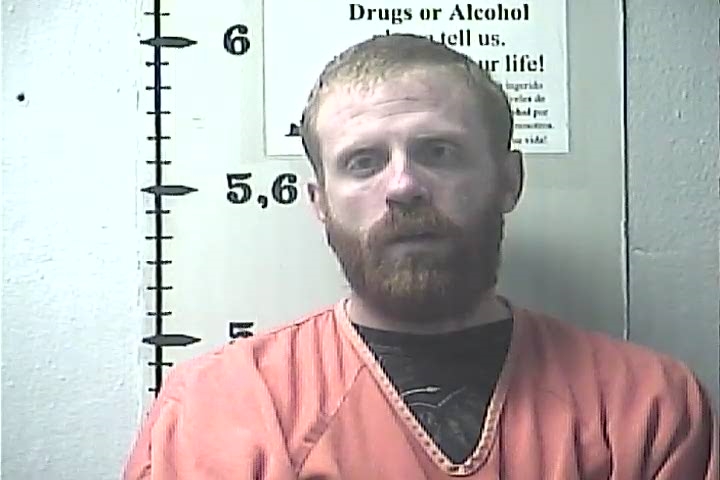 STANFORD — A Lincoln County inmate was discovered Monday trying to dig his way out of the jail a few days after a jury recommended he be sentenced to 20 years in prison.

Anthony Ottis Drury, 32, of Waynesburg was found guilty of receiving stolen property (more than $10,000), first-degree wanton endangerment and first-degree fleeing and evading police last week during a one-day trial, according to a news release from Commonwealth’s Attorney Eddy Montgomery.

Drury was facing a new charge of second-degree escape Monday, after he and another inmate at the Lincoln County Regional Jail — Justin League, 27, of Lancaster — were found allegedly attempting to escape.

Using a piece of the cell door, wrapped in a cloth to muffle the sound, Jailer Rob Wilson said Drury and League had been chiseling away at the wall in one of the jail’s two-man cells.

“(They) got about halfway through the wall,” Wilson said. “A lot of times, when they aren’t on lockdown, which they rarely are in that area, those doors stay open and the outside of the door is against the wall.”

Wilson said since the doors are usually open, the place where the piece was missing isn’t usually visible.

“It was in the area we call ‘the cage’ and it has a big open area and then six or seven two-man cells and they were housed in one of those two-man cells. But unless those areas are on lockdown the doors are open so they have access to the bathroom and all that stuff. We only shut those doors when someone is in trouble.”

Major Brettany St. Lawrence was the one who discovered the hole in the wall, he said.

“She heard them up there pecking and went to check it out,” Wilson said.

Both Drury and League were charged with second-degree attempt to escape, according to jail records.

Drury was indicted by a Lincoln County grand jury Sept. 26 on charges stemming from a Sept. 3 incident when Lincoln Deputy Chase Marcum spotted a vehicle he knew to be reported stolen on Ky. 501, with Drury behind the wheel.
Marcum testified during Drury’s trial that Drury went off the road and into a ditch on Pleasant Point Road and when the deputy attempted to approach the vehicle, the driver put it in reverse and attempted to run him over, according to the trial prosecutor Neal Tucker.
“Marcum testified that he shot out the back driver’s side tire of the hummer because he was in fear of losing his life or suffering physical injury,” the release from the Commonwealth’s Attorney’s Office states. “Marcum did in fact hit the driver’s side tire with one of those shots and was able to apprehend Anthony Drury who was the driver of the stolen Hummer vehicle.”
After Drury was found guilty, Tucker introduced evidence of four prior felony convictions against Drury for other theft-related offenses.
After five minutes of deliberation, the jury recommended Drury receive the maximum 20-year sentence.
“The jury recommended that Drury receive the maximum amount of prison time on each conviction and that each conviction run consecutive for a total of 20 years,” the release reads.
Formal sentencing is scheduled for Feb. 10 in Lincoln Circuit Court.

According to the news release, Montgomery said he was “pleased the jury held Drury accountable for his actions of jeopardizing the safety of a member of the Lincoln County Sheriff’s Office” and applauded Tucker for getting the case to trial.