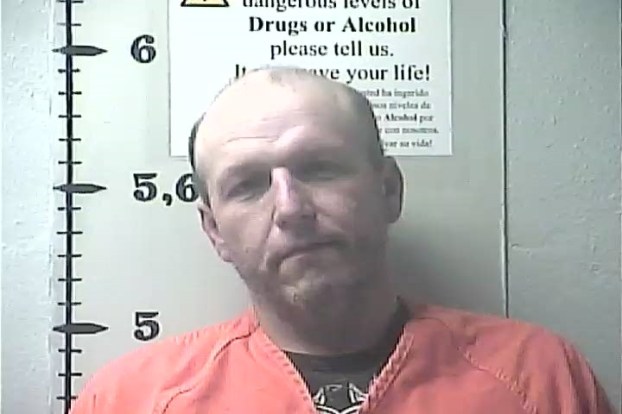 HUSTONVILLE — The same man arrested last week for allegedly driving under the influence — alongside a passenger in possession of methamphetamine — was arrested six days later in Hustonville on drug-trafficking charges.

Shannon Christian, 43, was first arrested Feb. 20 during a traffic stop in the McKinney area by Lincoln County Sheriff’s Deputies who said he was under the influence of alcohol.

Christian was arrested along with a passenger, 33-year-old Candy Maples, who allegedly had a bottle of whiskey in her lap and suspected methamphetamine in her pocket.

It was Feb. 26, six days later, when Christian was arrested again — this time on charges of trafficking in methamphetamine.

The search lasted for about an hour, according to Sheriff’s Sgt. Ryan Kirkpatrick of the ESU team. Christian was located in the kitchen area when ESU entered the residence and appeared to be under the influence of alcohol and narcotics.

Christian was living at the residence where about nine grams of crystal methamphetamine were found inside a bedroom closet, according to Sheriff’s Deputy Rob Oney.

The street value of the narcotics found totaled to about $1,100, he added.

Also discovered in the residence were digital scales, baggies and needles.

Deputy stuck with needle during search

While conducting the search, Deputy Oney said he was stuck with a needle hidden inside a cinderblock.

Oney said it wasn’t clear whether the needle was clean or dirty but he was treated at Fort Logan Hospital and placed on a four-week schedule of medication to prevent the spread of disease such as AIDS and hepatitis.

That wasn’t the only needle in the home, according to Kirkpatrick, who said several were found during the search.

Oney said more arrests will be made in connection with the Feb. 26 narcotics search.

Christian was transported to the Lincoln County Regional Jail. A bond has been set for $25,000.

Danville is seeking almost $47,000 in grant funding to expand an educational park project at the water treatment plant. As... read more