A Danville man is facing drug related charges following a report of a suspicious vehicle parked at gas pumps for in downtown for more than an hour on Thursday. 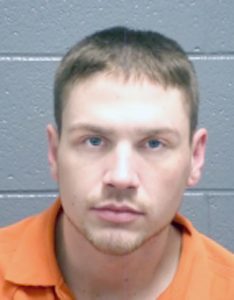 According to the Danville Police Department, officers responded to Speedway at 9:20 p.m. Thursday for reports of a suspicious vehicle that had been parked at the gas pumps for over an hour. When officers contacted the driver, Derousse left the vehicle and attempted to dispose of drug paraphernalia in the trash can.

Derousse was being held in the Boyle County Detention Center Friday morning and bail had not yet been set. Officer Luke Hughes is the investigating officer.