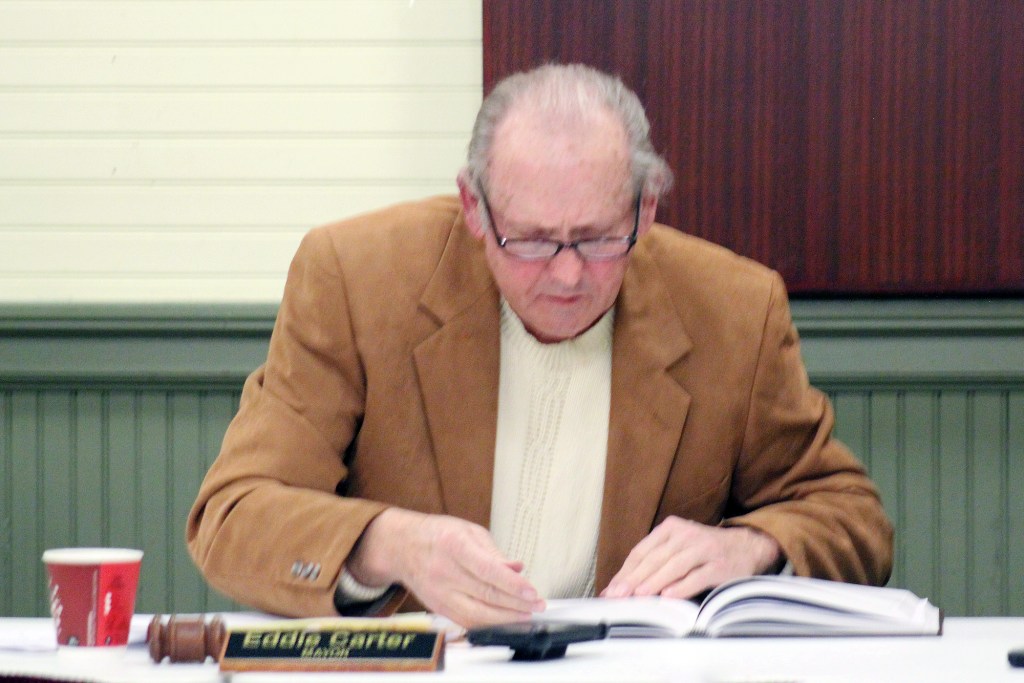 STANFORD — Due to the firing of Stanford’s city clerk, the approval of minutes for the October City Council meeting came two months late, but not before the contents of the minutes were debated by the council.

“These minutes were supposed to be approved in 30 days and under the circumstances last month, that didn’t happen and it’s gone another 30 days,” said Mayor Eddie Carter during the city council’s Dec. 7 meeting. “I talked to the Attorney General about it. I’ve talked to them and told them the circumstances and I think they’re fine with it not being approved last month.”

That wasn’t the only issue related to the minutes to be discussed, however, since allegations of inappropriate and/or illegal behavior were made against the mayor during the Oct. 5 meeting. Carter presented council members with two sets of minutes last Thursday.

“The first set, I’ll tell you the main difference is, it kind of condenses everything,” he said. “It has ‘Citizen Mr. Jim Jarrett spoke at length with numerous complaints concerning Mayor Eddie Carter, some of which he maintained were illegalities. He called upon the mayor to resign.’ Now that’s sort of in a nut shell, sort of condensed it all down, of what he said in the meeting.”

Carter said there are “litigation issues” concerning the allegations made and recommended approving the condensed version of the minutes.

Councilwoman Peggy Hester said she also spoke with an attorney and was given similar advice.

Hester said since the allegations could lead to the courtroom, the council needs to be cautious as it proceeds.

Reading from the Kentucky League of Cities Handbook, Carter cited legal language related to meeting minutes. “‘Flowery descriptions, personal opinions and long, irrelevant paragraphs are not acceptable for informal or formal minutes,’ and then it stresses up here, ‘the only thing that’s required in the minutes is any action taken.'”

Similarly, the Kentucky Open Meetings Act, KRS 61.835 states, “The minutes of action taken at every meeting of any such public agency, setting forth an accurate record of votes and actions at such meetings, shall be promptly recorded and such records shall be open to public inspection at reasonable times no later than immediately following the next meeting of the body.”

“You all have the final say, the council here, this legislative body, on what you all want to let in the minutes and what you don’t want to from month-to-month,” Carter said. “I will say this, take it like it’s supposed to and go to the ethics board and I’ll abide by whatever they say, put it out there to the public. They rule on me, on anything, put it out there … I’ll accept their decision, whatever it is.”

Councilman Naren James said the city needs to be cautious and reiterate to the general public that public meetings are not an open forum for personal hearsay.

James made a motion to accept the condensed version of the minutes, which was seconded by Councilman John Sallee. All council members voted in favor of approving the minutes.

Carter said he is moving forward on hiring a new full-time city clerk.