The investigation began Dec. 26 when deputies were advised to be on the look out for a maroon vehicle that had reportedly picked up two males who were running from a trailer.

While Reik and other deputies were attempting to locate the maroon vehicle, they received information from dispatchers about an armed robbery at 299 McCoy Dr. in Hustonville.

Reik said he responded to the residence, along with emergency services personnel, and found two male victims — Cameron McCullough and Logan Hendriksen — both injured.

Hendriksen had been knocked out by one of the two alleged robbers while McCullough suffered a possible broken arm and a laceration from a knife during his struggle with the other robber, Reik said.

The victims provided a description of the same vehicle previously reported, as well as details about the robbery that occurred. 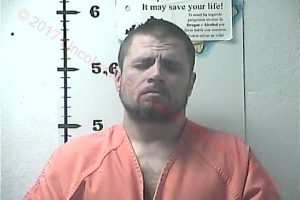 Reik said according to the victims, one male subject — later identified as Ronnie Rogers, 36, of Junction City — first arrived at the residence, knocked on the door and went inside to sit on the couch. Neither of the victims knew Rogers.

Rogers told McCullough and Hendriksen he was waiting for their roommate and was told to wait there. A few minutes later, there was another knock on the door and a second male subject – later identified as Timothy Johnson, 31, of Danville – entered the home. 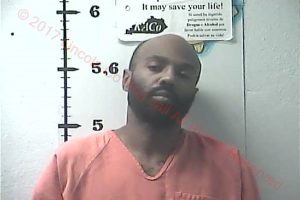 “When he (Johnson) came in the door, he turned around and locked it and that’s when both of the guys that came to rob them pulled out knives,” Reik said. “They took their wallets, phones and got in a fight with one of the guys.”

Johnson allegedly picked Hendriksen up and slammed him down, rendering him unconscious, while Rogers and McCullough continued to struggle. McCullough was dragged to a back room, Reik said, as he attempted to fight off the assailant.

“He (Hendriksen) wound up getting up in the middle of them trying to leave the house and they tried running out the door with a TV and an XBOX, and their wallets, phones and all their money and stuff…” Reik said. 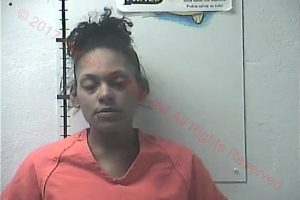 As Reik was gathering information from the victims, he received notification that Danville law enforcement had located the maroon vehicle. Reik traveled to the location of the vehicle and interrogated the female driver, Cynara Davis, 26, of Stanford.

The investigation then led deputies to the female’s apartment near 150 Auto Sales on US 150, where she had allegedly dropped Rogers and Johnson off.

Sheriff’s Deputy Rob Oney said Rogers and Johnson were attempting to leave when he pulled into the parking lot and stopped their vehicle.

“They were identified by witnesses as the two who had burglarized the residence in Hustonville,” Oney said.

Rogers and Johnson still had the stolen wallets and cellphones on them when they were stopped, according to deputies. 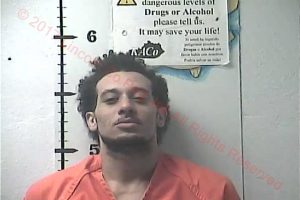 Oney said deputies then searched Davis’ apartment and found another male subject hiding in a closet with a gun, reportedly stolen out of Louisville, in his vicinity. The man, who had an active warrant for his arrest, was identified as John Graves, 28, of Danville.

“We found, on one of the suspects, zip-ties, kind of shaped like zip-tie handcuffs, and then we found, on scene at the apartment where they were picked up, the same style of zip-ties,” Oney said.

According to Reik, Rogers and Johnson allegedly took the zip-ties to the Hustonville residence to tie up the two victims but were unable to do so because of the struggle and the presence of a dog.

The four were being held in the Lincoln County Regional Jail on Wednesday afternoon, according to the jail’s website.

Reik said the investigation is ongoing and could possibly lead to more arrests in connection with other robberies in the area.