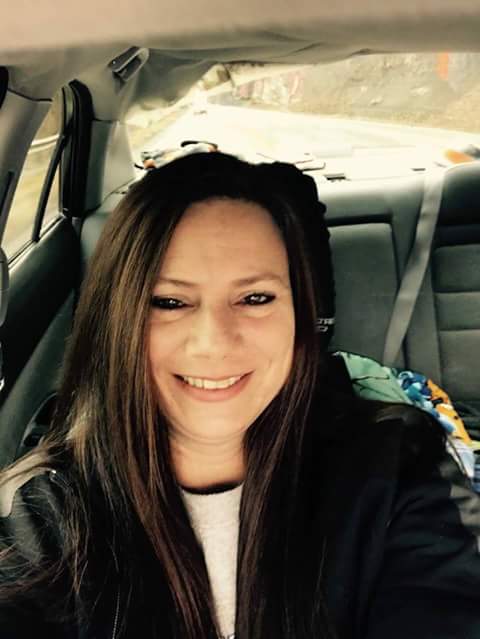 WAYNESBURG — As authorities continue to receive tips connected to a missing Lincoln County woman, two searches have been conducted in the last week but no “hard evidence” has been found.

April Lynn Neikirk, 46, was officially reported missing Friday, May 11, and, according to Lincoln County Sheriff’s Deputy Rob Oney, she was reportedly last seen in the early morning hours of April 25.

Authorities returned to the same area where the first search was conducted — an initial tip police received alleged Neikirk was “drug off into the woods, or buried in a field” — last Friday, May 25, to continue to look for evidence.

“We searched close to the same area as we did last time,” Oney said. “We had received some tips about smells, people smelling something. So we followed up with it. I’ve been to five or six different farmers’ fields because they’ve seen buzzards flying around.”

Last Friday’s search was on Cemetery Road — the same road that Lincoln County deputies were dispatched to for a possible domestic situation on May 11, the same day Neikirk was officially reported missing.

“She was possibly last seen walking down U.S. 27 heading to Tick Ridge Road,” Oney said. “That’s a story that we got from Otha (Wesley), that they had parted ways there. She walked north, he walked south.”

According to arrest records and archives from The Interior Journal, Wesley has been arrested on fourth-degree domestic violence (minor injury) charges at least three times since 2009.

The Advocate-Messenger reported Wesley bonded out in court Monday, May 14, and according to the jail, Judge Janet C. Booth set his release conditions and bond, which were $1,000 and serving time on weekends.

Wesley, who is considered to be one of a few suspects in Neikirk’s disappearance, did not show up to serve his weekend time last week, according to Lincoln County Jailer Rob Wilson.

“I can imagine, I’m pretty sure the jail drug tests them every weekend, and my guess is he was not going to pass a drug test, is why he didn’t come back,” Oney said.

As of Wednesday, May 29, Oney said a warrant had not been issued for Wesley’s arrest.

“He’s a suspect, just due to the fact that he was an ex. I don’t know if they were exes at the time, but they were together as of her last known appearance — they were supposedly boyfriend and girlfriend,” he said. “Of course we have a few other people of interest.”

Oney said the Lincoln County Search and Rescue team, along with himself, Sheriff Curt Folger, Sgt. Billy Hester and a private investigator helped with last Friday’s search on Cemetery Road.

“No hard evidence … we’ve got a few other leads that we’re trying to follow up on, hunt people down,” Oney said.

Another search was conducted Thursday this week, this time on Rocky Hollow Road in the Waynesburg area.

Oney said cadaver dogs were used during the search but weren’t able to pick up any scent.

“I have new names to interview that I got from other leads that I’m (going to) interview as soon as I find them,” Oney said Thursday.

April’s niece, Megan Neikirk, has taken to social media to spread the word about April’s disappearance and seek donations to offer a reward.

“We want to remind the public that we need help with information to be able to find her,” Megan said Tuesday. “Foul play is suspected in this case, just from previous tips police have received, and we believe someone knows something.”

By offering a reward, Megan said the family believes it will help get the information needed to find her aunt.

“We started a Go Fund Me page for a reward for information that leads to locating her,” she said.

The GoFundMe page “Find April” can be found online at gofundme.com/findapril.

Anyone with any information about April Neikirk’s disappearance is asked to call the Lincoln County Sheriff’s Office at (606) 365-2696.