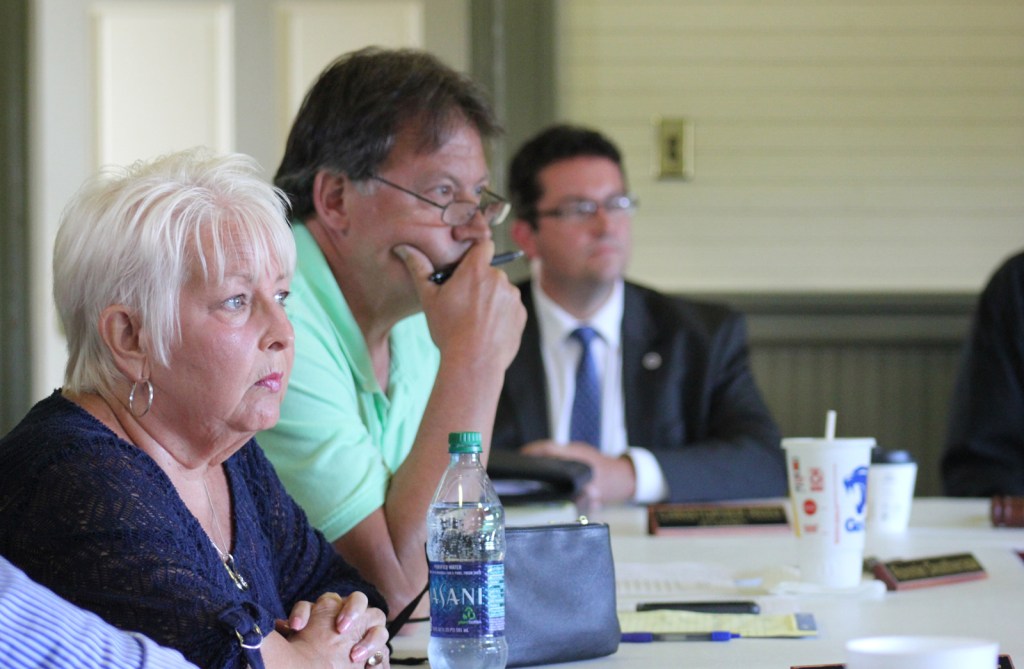 STANFORD — Stanford City Council members have held several meetings this month but Monday night, the council passed a final reading of an ordinance that raises the city’s occupational payroll tax to 1.15 percent.

The increase in the city’s payroll tax from its current .65-percent rate will go into effect July 1 and is expected to generate about $1,058,000 in revenue for the City of Stanford in the coming fiscal year, which is up from the approximately $590,000 that the .65 percent tax rate brought in.

That represents an increase of approximately 77 percent.

A first reading of the ordinance was passed last Thursday during a special called meeting, which began with one city council member voicing his disagreement with the city attorney’s advice on changing the occupational and net profits tax percentages. 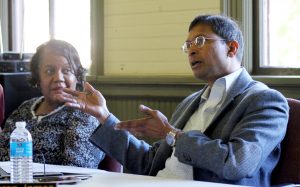 James asked if the city council could go into executive session to discuss the net profits tax but Mayor Eddie Carter said they could not, due to it being a special meeting.

“The reality is, for us to be constrained to discuss an issue, based on a legal opinion, really troubles me, especially coming at the last minute,” James said. “How are we going to legislate if we are continuously being constrained by legal opinions, that we can’t discuss a very important issue, which is, can we tax a certain group of people or not?”

James said he reserves the right to disregard City Attorney Christopher Reed’s opinion. According to Reed, the city council could not make any changes to the occupational net profits tax until following legal procedures, including notifying the Kentucky Secretary of State’s Office and local businesses.

“We passed the ordinance last Monday with the language of net profit in it. I made the motion. It’s public knowledge,” James said. “I’m really troubled by why that’s suddenly become something we can’t talk about.”

Reed said the ordinance was amended.

“The reason it was passed so hastily is because nobody bothered to read the ordinance prior to coming to the meeting,” Reed said. “I think you’re confusing the issue on what we can and can’t talk about. We can talk about wanting to set in the future the net profit tax, but for today’s purposes, that’s off the table. We haven’t done the procedural steps to do it, so it’s just a waste of time.”

Net profits taxes are taken out of the profits reported by companies operating in Stanford. The rate is currently .65 percent, the same as the payroll tax used to be.

Last Thursday night, three council members questioned why they were voting on a first reading to increase the payroll tax to 1.15 percent.

Carter said just because a first reading of 1.25 percent was passed doesn’t mean the city has to pass a second reading of it.

Carter said the council doesn’t have to rescind any previous first readings since there were no second readings of those ordinances passed.

As far as the 1.15-percent payroll tax, Carter said many local businesses would rather see the council pass the lower rate and spread the tax burden across more people.

“You’re referring to businesses, (but) the City of Stanford is a business,” Ernst said. “It should be treated as a business and we’ve got to come up with revenue to take care of our expenses. We’ve got to look to the future and plan for the future and it takes money to do that.”

With costs associated with public pensions expected to be passed down to cities from the state, Ernst said he was not in favor of the lower 1.15-percent option.

“I think it needs to stay at 1.25 (percent). I’m sure there are people in the audience here who disagree with that. I know it hits the people’s pocketbook but we’ve been voted to represent the city and make the best choices for the city in a financial matter,” he said.

James said he’s disappointed that the city didn’t get the full status of where the city is financially at the end of the fiscal year.

“That really throws our entire judgement process off,” he said.

If the net profits tax is not addressed while raising the occupational payroll tax, James said the city is only taxing lower income people and salaried people, while exempting large businesses from an increase.

Council member Ronnie Deatherage said the net profits tax produces $75,000 in revenue annually, while the occupational payroll tax brings in about $590,000 (at .65 percent), so raising the net profits tax wouldn’t generate a lot of revenue in comparison.

“I wasn’t proposing using that only as a revenue source. The question is, if you include that, you can actually drop the rate on the payroll people,” James said.

“That was a working budget,” Carter said. “It started out in April. You can’t judge to an exact penny how much money you’re going to have. I thought it was going to be close.”

Peggy Orberson, a part-time city clerk, explained the reasons for the discrepancies in the working budget.

“Bob Casher (of Bluegrass Area Development) created the working budget, assuming that actual was going to come in. …There were some areas where we have come in under-budget and he wasn’t aware of that,” Orberson said. “It didn’t show a beginning balance or ending balance, it just showed total income and total expenses, and we were spending $212,000 more than we were taking in.”

James stressed the need for the city to have an accountant present at the meetings when discussing the budget.

“If you have a $200,000-plus shortfall, of course you want a tax,” James said. “Information changes the judgement. That is what frustrates me with the whole process. I can’t make good judgement with inadequate or undependable information…That’s a huge swing.”

Orberson said the city could have more than $150,000 surplus at the end of June.

“I made a motion at the inception of my term, that we should have the accountant here within the first two weeks or so of the end of the quarter. I encourage you to look at the minutes. It has never happened. This is very disappointing,” James said.

“The thing with net profit too, you could have a company leave us, so that is going to change the net profit that we receive,” Ernst said.

Carter said a company could also come into the city and expand the number of jobs, ultimately expanding the number of people on payroll in the city.

Ernst said the state-mandated 12 percent increase in public pensions that the city could have to cover is still a possibility, despite the fact that Franklin Circuit Court judge struck down Kentucky’s pension reform law this month.

James made a motion last Thursday to pass the first reading of the ordinance raising the occupational payroll tax from .65 to 1.15 percent.

“i will only support it with the promise — I know you can’t promise me — but with the anticipation that we will later deal with that net profit tax,” James said.

There are three new businesses that the city expects to collect taxes on beginning this year, James said, including the Kentucky Fresh Harvest greenhouses, a ball-bearings business and a dialysis center. The new occupational tax rate is expected to generate about $30,000 to 50,000 in additional revenue for the city once it begins collecting on those three businesses, James added.

Carter said future annexations could also bring in additional revenue for the city.

Thursday’s vote to pass the first reading of the ordinance was 4 to 2, with Ernst and Deatherage voting against the motion. Both council members questioned whether the 1.15-percent payroll tax would give the city enough reserve to cover anticipated costs of public pensions.

Council members returned Monday night to vote on a second reading of the ordinance, as well as the 2018-19 city budget, both of which passed unanimously.