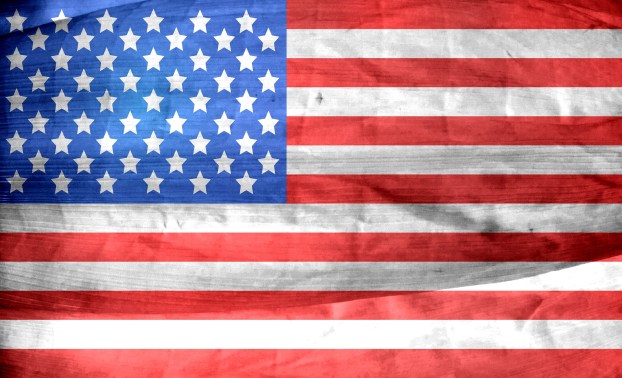 Perryville City Council will be full of brand new faces come January, except for its new mayor, Brian Caldwell. After serving 10 years on the council, Caldwell said he is happy about his win. 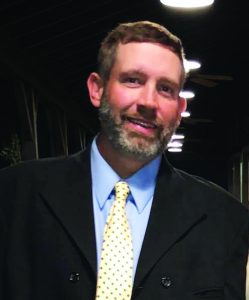 “I wasn’t totally surprised, but you never know what the outcome will be when you put your name on the ballot,” Caldwell said, and added that he hit the pavement pretty hard, going to door-to-door.

Caldwell said he looks forward to working with the new council members, and getting the city headed in a good direction — “or a better direction.” With nine people running for six seats, he said city council is “one of those races that can go either way … I knew no matter what happened, with the nine who were running, I felt like we’d be in good hands.”

One of his first orders of business is to break the new members in better, something he said the council hasn’t done the best job of in the past, “and bring them up to speed on what they’ve missed.” He said offering members an orientation of sorts, with materials put together showing them the course of the last 10-12 years of city business, has been in the forefront of his mind.

“It’d be nice to have everyone on the same page, and have them all up to speed on topics that will be coming up.”

Bringing more businesses to Perryville is also a goal, and to revitalize Perryville to what it once was.

“I just want to start doing what I campaigned on. And to try to get something accomplished in meetings … I want us to move forward and not beat dead horses,” he said.

Webb said he did a lot of door-to-door work and feels like the voter turnout for the mayoral race was low.

“But, I ran a clean campaign,” he said. “I walked the streets; I was honest; I listened.”

Webb said he is proud he “didn’t use my opponents’ past against them. I didn’t put them down or tell bold-faced lies to use as scare tactics to get votes.” When asked to elaborate, he said someone pulled something out of his past and was circulating it prior to the election.

“There were some things that happened over a three-year timespan in my past, some that were out of my control, and some were my responsibility. But I was honest with people and very up-front with whoever I talked to.” Webb said most are now aware of his past because records were taken to a local place frequented to eat and socialize and left on a table for customers to view.

Caldwell said he heard about the information that was distributed. “For the record, that was not me. But yes, I heard about it.”

However, Caldwell doesn’t think that had anything to do with his win.

“I think my past 10 years on the council speaks for itself. And I’m very happy with how I ran my campaign. I’m a straight-forward guy — what you see is what you get,” Caldwell said.

Simpson also said he had nothing to do with the records about Webb. He said he asked the police chief to go the location and view “the store video to view and see if they can identify who did it. I have my suspicion who did it, but it is water under the bridge now.”

Simpson said he was hoping for more votes in the race, but “had a great time running. Being one of the very few mayoral runs with a medical cannabis platform, I would say I made a little history.”

Chad Blackwell was the top vote-getter with 207.

“I was surprised I got the most, and very honored. I reached out to families — that was part of my campaign, because I don’t think families have been a priority. We need to focus on them,” he said. “One of my big goals is to establish a suitable budget … And see where we can cut spending. I’m from a lower-income family, so I know how to stretch a buck. I’m excited to see where we can save money, as well as look into opportunities to make money.”

Blackwell said he’s excited about working with the others. “I think we’ve got a good group … We all will have great ideas, and we need to learn how to use each others’ strengths, move forward and make as much progress as we can.”
Trent Bottom came in second with 184 votes.

“I wasn’t too surprised. I think Perryville is ready to try and make some changes. I think having some new faces on the city council is a good thing — get fresh ideas and offer more perspectives.”

Bottom said bringing new businesses is important to him as an agenda, including a new restaurant.

“I’m open to hearing more ideas about what the citizens are needing, and what the new council will want to think about and the new directions we’ll go in.”

“I was really surprised and humbled by the win.” She said running really “stretched myself far out of my comfort zone.”

She said Perryville needs to offer more for families, including perhaps a grocery store and restaurant. But first, she said she has some homework to do, learning how a mayor-council form of government completely works.

“Our school was just given a distinguished rating, so people want their kids to grow up here, but we don’t have things families need,” she said.

“I was on council two years ago, so I’m excited to get back in,” Adam Gray said. He said he feels about the new faces.

“We want to get started on resolving the water issue, keep taxes down. To make Perryville more popular, getting an awareness out there about our town. People are paying the city to offer them a service. We need to make sure when they write that check, they have to feel good about what they’re receiving.”

Conan Dallman received 107 votes — he was edged out for the last seat by Carlos Miller’s 128.

“I’m on the outside,” Dallman said. “I’ve only been in Perryville for four years. But when we all got together, all of the candidates, it was nothing but respect for each other. They’ll do a good job.”

Dallman said Perryville hasn’t heard the last of him. “I’ll get back out in two years and do it again.”

Incumbent Julie Clay came in second to last, with 91 votes; Samuel Irvin Jr. was last, with 84. Incumbent Steve Bailey, who said he was dropping out due to health reasons, brought in 96 votes.