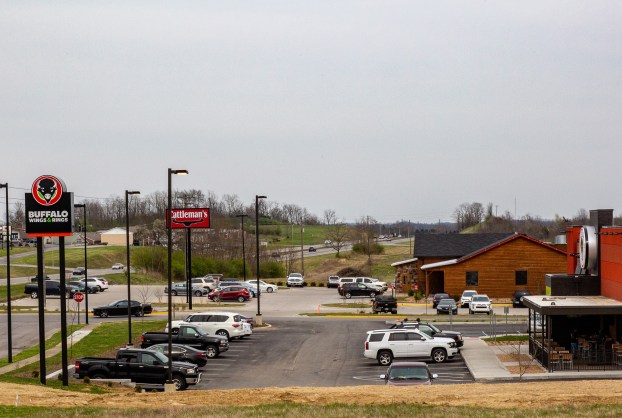 Asuka Japanese Steak House &a Sushi plans to open a new location in Danville, on property to the east of Cattleman's Roadhouse and Buffalo Wings & Rings. The commercial area on the south end of the Danville bypass has just begun developing in recent years; the Holiday Inn Express on the hill behind the restaurants is also a recent addition. Photo by Ben Kleppinger.

A popular Japanese steak house and sushi restaurant in Nicholasville is planning to open a second location in Danville in 2020.

Asuka Japanese Steak House and Sushi expects to break ground for its new location on property near Cattleman’s Roadhouse and Buffalo Wings & Rings in the late fall this year, said Jason Shaver, a manager for the restaurant. 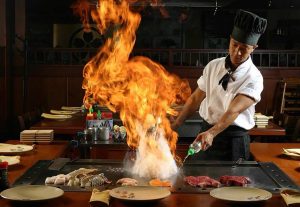 “We’re not in a huge hurry, but we do want to get the ball moving come fall,” Shaver said.

Asuka’s Brannon Crossing location offers hibachi, sushi, teppanyaki cuisine and a full-size bar with 20 beers on tap, including a rotation of local craft beers and “as big a bourbon selection as they let us have,” Shaver said. The Danville location will replicate much of that same experience, but it will also have an expanded menu with options like hamburgers, sliders and sandwiches, meaning the restaurant will be “not just for people who enjoy Asian food,” he explained.

Asuka picked Danville because they know from their customer rewards program that many of its return customers live in Danville. It also seemed like a good location because “it seems like a growing town” with a customer base that could support the new business, Shaver said.

Asuka initially looked at moving into an existing building in Danville, but none of the ones they looked at had the infrastructure to support how the restaurant operates. Instead, Asuka will build its own building, which will include garage doors in the bar area between an indoor and an outdoor patio seating area, Shaver said.

An estimate of how many people might be employed at the new business wasn’t immediately available, but Shaver said it will be similar in number to the Nicholasville restaurant.

Corning Inc., Philips North America, the City of Danville and additional unnamed businesses or individuals have been named in a... read more