Tourism contributes millions to Boyle’s economy, but slowdown is expected 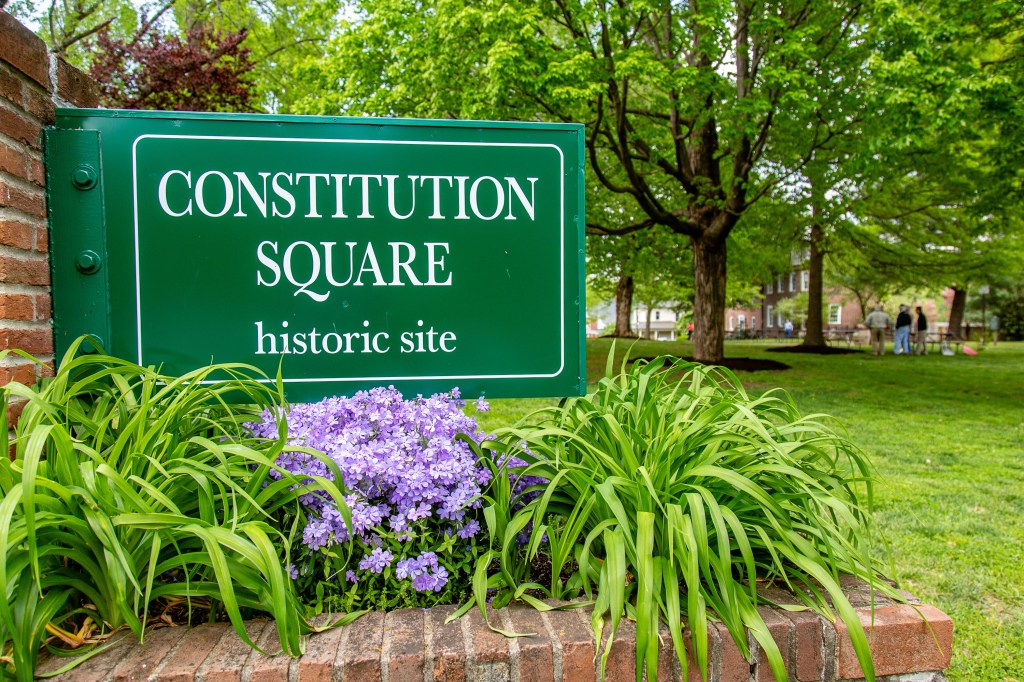 Flowers grow in front of the Constitution Square Park sign as volunteers work inside the park. Photo by Ben Kleppinger.

Tourists spent almost $7.6 billion in Kentucky last year, and about $63.4 million of that was spent in Boyle County.

That’s according to Kentucky’s Department of Travel and Tourism, but there are plenty of questions about the newest tourism numbers because the state just switched the company it uses to analyze tourism impact, said Jennifer Kirchner, director of the Danville-Boyle County Convention and Visitors Bureau.

Kirchner said current projections anticipate 2019 to be a slow year for tourism. “There’s been a large growth in hotel rooms in Kentucky, so the competition is high,” she said. There’s also increasing fears that the economy will take a turn for the worse, which is a major factor in determining how well tourism business does.

Kirchner said state figures show tourists spend a lot of their money on food and beverages and retail shopping. Together, those two categories represent 45% of all visitor spending. (Another 22% is spent on lodging, while local transportation, airplane flights and recreation combine to represent about a third of visitor spending.)

Those stats show how important it is for Boyle County to understand the value of having restaurants and retail businesses — “especially downtown,” Kirchner said

“If we’re not providing good opportunities for the top two spending categories, we’re leaving money on the table,” she said. “We really need to do a good job of creating places where we can have the visitor leave their money.”

While state tourism numbers are in flux, Kirchner said she has much more confidence in local statistics based on the CVB’s 3-percent transient room tax. The CVB’s tax revenue has grown every year since at least 2012-13. The total 2018-19 revenues are expected to come in around $225,000, which is almost 37% more than the CVB received six years prior in 2012-13.

Kirchner said while the downtown master plan currently being developed by Danville could help “accelerate” tourism, the CVB is expecting revenues to be basically flat in 2019-20 — again, because the economy is expected to slow down.

When the economy slows, “one of the first cuts is business travel,” Kirchner said, which impacts how many hotel rooms in Boyle County are being rented to business travelers. Disposable income goes down for many people, too, meaning fewer choose to travel.

According to the Bureau of Labor Statistics, tourism contributed to 634 jobs in Boyle County in 2018, and those workers are paid a total of about $15.22 million. That works out to an average of about $24,000 per job.

Those numbers are up from 2017, when there were 631 tourism jobs and workers were paid an estimated $14.91 million — an average of just over $23,600 per job. Boyle County’s tourism industry represents about 3.3% of its total economy and 0.7% of Kentucky’s tourism economy, according to data provided by Kirchner.