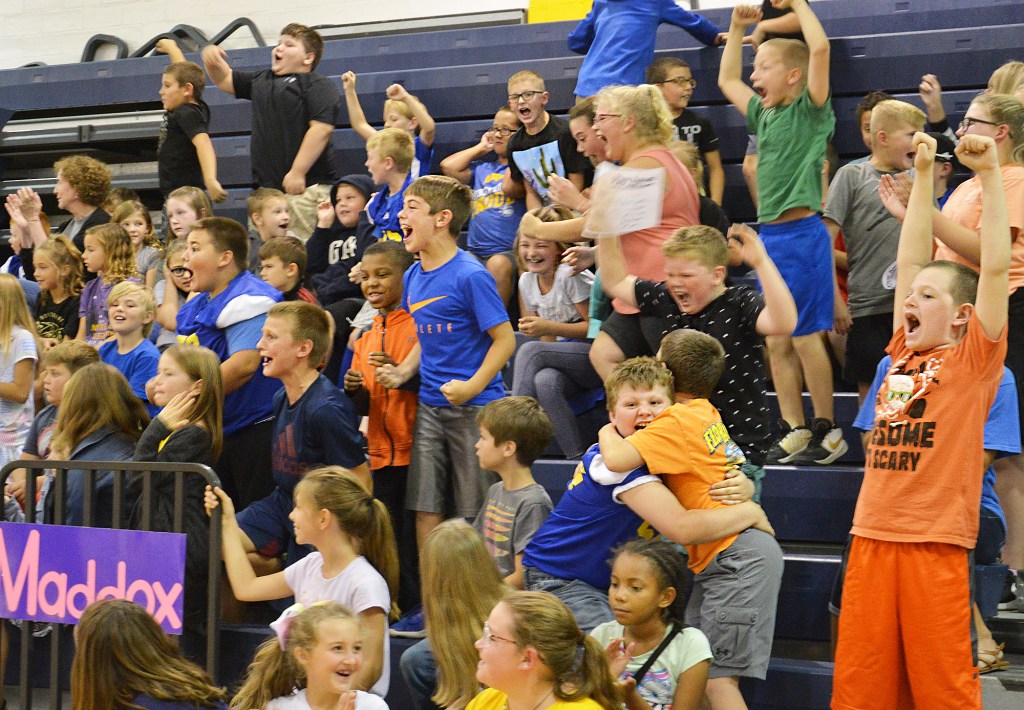 Students celebrate in the Perryville Elementary School gymnasium Friday, when it was announced the school is one of nine "Blue Ribbon" schools in the state, as determined by the U.S. Department of Education. Only 362 schools nationwide earned the prestigious title in 2019.

Perryville Elementary School was named as an Exemplary High Performing Schools National Blue Ribbon School for 2019 by the U.S. Department of Education on Thursday. It’s the highest honor a school can have bestowed upon it, according to Boyle Schools Superintendent Mike LaFavers.

Only 362 schools in the nation — nine of them in Kentucky — were given the prestigious designation this year, according to a news release from the U.S. Department of Education.

The recognition is based on a school’s overall academic performance or progress in closing achievement gaps among student subgroups.

Schools are only eligible to apply for this status once every five years and are chosen based on their performance, which is measured by state assessment testing in reading and math. And the school must show student growth and progress in these areas, according to a release from the Boyle County Schools. 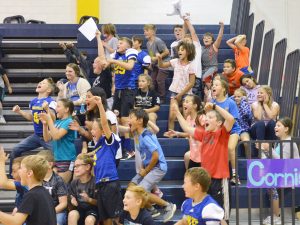 “I could not be more proud. What I think this award really reflects is the amount of work our kids, as well as our support staff and teachers and community (do),” said Perryville Elementary School Principal Chris Slone. The school was nominated by the Kentucky Department of Education, Slone said, and school officials completed the application.

“I think our kids just work really hard and our teachers have rigorous standards,” Slone said. “There’s no magic ingredient.”

On Friday afternoon, Slone announced to the students, teachers and visitors that the school was named a National Blue Ribbon School, which caused a boisterous eruption of cheers and applause. The only other time a Boyle County School was named a Blue Ribbon School was in 1990, Slone said. However, last year Perryville was also named a National Elementary Secondary Education Association Distinguished School for the second year in a row. Only 68 schools nationwide received the award.

Before the announcement was made on Friday, second-grade teacher Katrina Glass said Perryville Elementary is special because of the sense of community within the school. She said the students are hard workers, parents and the community are very supportive, and her colleagues are always there to help.

Amanda Marsh, who teaches fifth grade at Perryville, said she loves the small school, which has about 240 students in preschool through fifth grade. “It feels like a family.”

LaFavers said the teachers work every day making sure no student falls into an education gap. “Great teaching works well regardless the size of the school. The things they’re doing here would work in an 800-student school. … Every day counts here.”

Slone added, “Awards are nice, but they’re only nice because they reflect the work that went into it.”

Slone and LaFavers will travel to Washington, D.C., in November to celebrate with the other 312 public and 50 non-public school honorees at an awards ceremony.