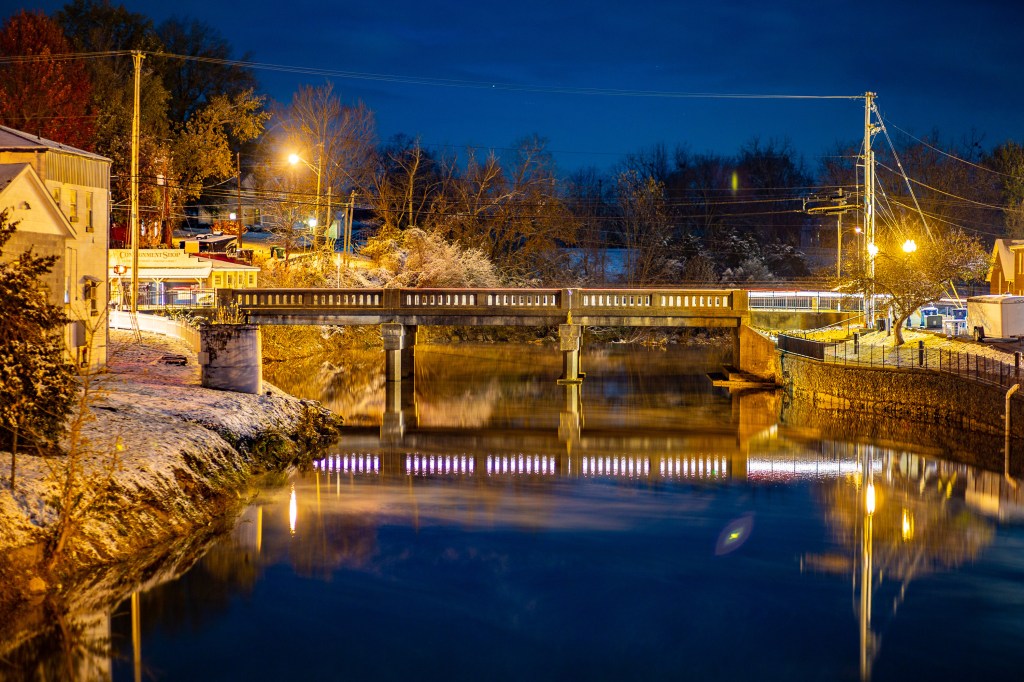 The U.S. 150 bridge over the Chaplin River in Perryville is the only option for vehicles to cross the river for miles around. (Photo by Ben Kleppinger)

Some Perryville residents were surprised Tuesday night when they learned the state plans to shut down the U.S. 150 bridge over the Chaplin River for weeks or months while the bridge is upgraded.

The bridge closure would create a 12-mile detour for vehicles to get from one side of Perryville to the other. 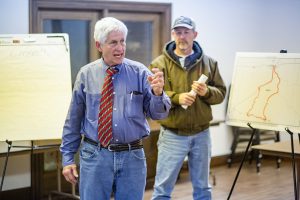 Boyle County Magistrate Tom Ellis says he will fight a proposal to completely shut down the U.S. 150 bridge over the Chaplin River in Perryville while the bridge is rehabbed next year. (Photo by Ben Kleppinger)

“This is so unworkable for our traffic flow,” Boyle County Magistrate Tom Ellis said. “… I will fight this plan. I will be in Frankfort representing my district and all of Boyle County and the economic development we would lose” if the closure happens.

Ellis, Judge-Executive Howard Hunt, other local officials and residents were adamant the closure could not happen — primarily out of safety concerns for the west side of Perryville.

Boyle County EMS, which is stationed in Danville, would have 12 miles added to any run west of the Chaplin River, which could mean the difference between life and death for someone suffering a heart attack, for example, they warned.

And while there are fire stations on either side of the river, access to water on the west side is extremely limited. A fire could spread and bring down an entire structure in the extra time it would take to truck water around the 12-mile detour, residents said.

The state Transportation Cabinet, District 7, held the public meeting at Perryville First Christian Church in order to provide residents with information about the bridge upgrade project and listen to their concerns. There was a lot of listening to do, as many residents and local officials expressed concerns about the plan.

Many in attendance believed there was a previous plan to keep one lane of the bridge open at a time while workers replaced the other half of the bridge. They wanted the state to reconsider and go with that plan instead. 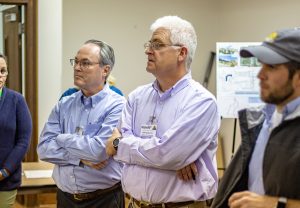 Robin Sprague, branch manager of project development for the transportation cabinet, said state officials had talked about the specifications for the new bridge with the previous Boyle County judge-executive and previous Perryville mayor.

But “the details of how we were getting there was not discussed until this meeting,” he said. “I think that’s why everyone feels surprised.”

Sprague said he would have to do research to determine if it would be possible to keep one lane of the bridge open during construction. He’ll need to speak with bridge designers and engineers about whether the existing bridge is structurally sound enough to continue bearing the weight of vehicles while construction is ongoing, he said. He’ll also need to see if it’s possible to remove sidewalks on the current bridge to provide extra space for a vehicle lane during construction; and he will have to examine the potential added cost of a temporary traffic signal, among other things, he added. 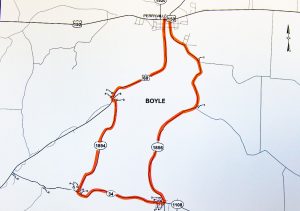 The state Transportation Cabinet is proposing this 12-mile detour to get from one side of Perryville to the other during construction on the Chaplin River bridge next year. (Photo by Ben Kleppinger)

Sprague promised to come back with some answers for local residents next week, when Transportation Cabinet officials are back in town for another meeting about the bridge, this time to discuss any potential impacts from the proposed construction on Perryville’s historic district.

The state is planning to spend around $1.2 million to replace the Chaplin River bridge.

“The project will address the deteriorating condition of the bridge deck and bridge rails,” according to an informational handout provided Tuesday night. “The U.S. 68 approach does not accommodate large truck movements. Continuing to accommodate pedestrians is important.”

Construction is projected to happen in the summer or fall of 2020.

“Construction will be timed so the road is open for important local events including the Snappin’ Chaplin Turtle Derby, Battle of Perryville Reenactment and the Bourbon Chase Relay,” according to the handout. 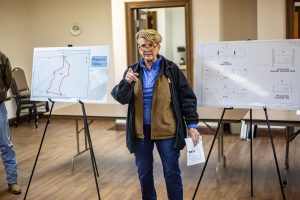 Barbara Brummett, owner of Perryville Furniture, told state officials the new bridge that is ultimately built across the river must be of high quality and must be able to handle heavy traffic loads. More and more semi-trucks are coming through Perryville to avoid scales on bigger roads, she claimed.

Brummett said she appreciated state officials coming to Perryville to listen to residents’ concerns and hopes they will find a way to correct the situation.

“I know everybody has a job to do and we appreciate you,” she told the state officials.