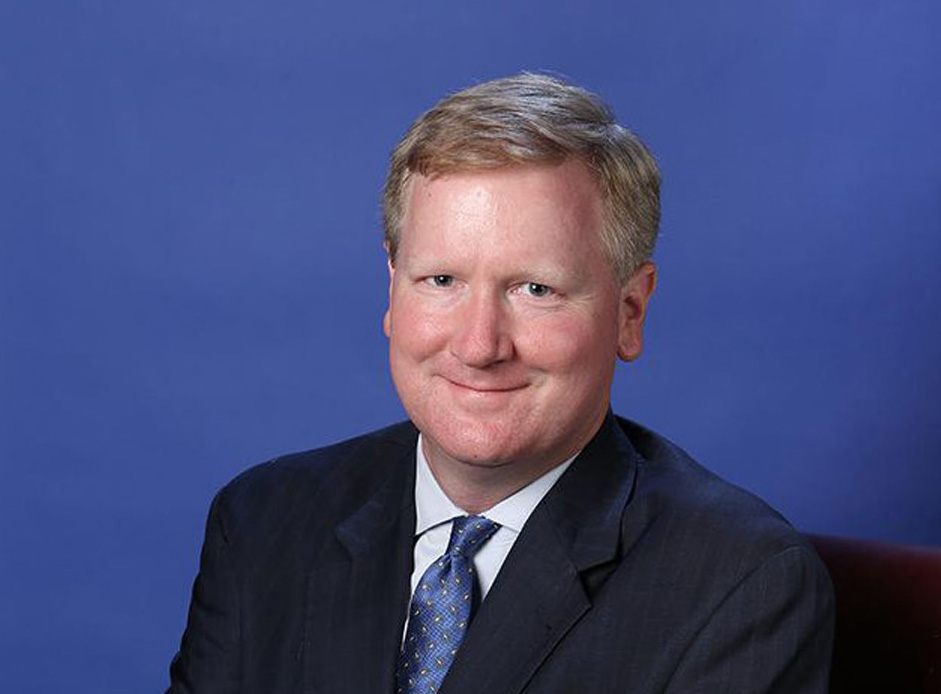 The death of attorney Matt Walter sent a shockwave throughout the Danville community on Monday. It seems Walter — perhaps unknowingly — touched many lives in the 41 years that he lived.

You’d be hard-pressed to go anywhere downtown without someone commenting on what a loss the community has suffered in his passing, and how saddened they are by the news. Yet, when anyone talks about Walter, they can’t help but do it with a smile, or with laughter while retelling stories about him.

After all, that’s what Walter was known for — his humor, says longtime friend and fellow attorney Patrick McClure.

Walter was “absolutely one of the funniest people I’ve ever known,” McClure says.

They grew up together and both worked for attorney Ephraim Helton early on in their careers. Walter and Helton eventually became partners in a Danville law practice.

“Self-deprecating, irreverent — which also makes this so hard,” McClure says. “He was one of the happiest people I know.”

He says in the courtroom, Walter was beyond good — “he was brilliant. Tenacious. But he never held onto anything … Never carried a grudge or anything outside of the courtroom.”

“And CASA, the Danville schools — clearly, there’s a theme here,” McClure says, referencing Walter’s work on behalf of children. “He did a lot of custody work, a lot of adoptions. His first job, he was (Family Court) Judge (Bruce) Petrie’s first clerk when we got a family court here.”

“Matt was such an amazing guy. A lot of people will remember him by his humor, but I will always remember him for his compassion and willingness to fight for the innocent and vulnerable,” says Laura Guerrant, director of CASA.

He served on the CASA board of directors in its early days and also represented many of the children it served as Guardian and Litem. Guerrant says, “He was essentially appointed to represent many of the children in court due to child abuse/neglect. He always had the best interest of his young clients in mind… and he fought for them fiercely and passionately.”

She agrees with the recurring theme. “… between his work with us and his work for WTCDC, you can see how much he cared for children and ensuring they were safe, and advocating for their education. He was a true gem.”

McClure says Watler was “about all things Danville and Kentucky, a huge UK fan — he was blue, through and through.”

Walter was a member of the “young wing” of the Democratic Party’s executive committee for 15 years.

“He worked very hard on that, was the treasurer,” McClure says. “Kind of brought some levity to it.”

“My dad told great stories about him,” he says.

McClure’s father was instrumental in starting the WTH theater with its namesake, the late West T. Hill.

McClure says the first play his own son was in, he looked over at Walter in the audience and saw he was choked up; later, he says Walter told him all he could think about was how proud George would’ve been of his grandson.

“His devotion to his kids, his family, was unbelievable,” McClure says.

Walter is survived by “his greatest and most cherished love,” as his obituary stated, his wife and three children, Lilla, Annie Capers and Townsend.

“And not just his kids — the kids at the theater, the ones at Wilderness Trace, my kids … he genuinely took an interest in them,” McClure says. “He wasn’t trying to change the world or anything, he was just a solid, solid guy for them to look up to, and he was so enthusiastic for whatever they were doing.”

“First and foremost, he was one of the best friends and fathers that I’ve ever known,” says Karen Logue, managing director at WTH. He helped Logue “at every turn with all kinds of issues, including my mother’s death,” on settling her estate.

Walter and his family adopted a dog from the humane society used in a production, naming it “Ms. Logue,” she says, laughing.

She says Walter would jump in and help any way he could for plays, and the kids were everything to him.

“He was in the Christmas show — it was beautiful. He played Townsend’s father. He spent so much time with him, taking him to ballgames …”

“He was like a second son to me. I’m going to miss him forever.”

Libby Suttles, director of WTCDC, says, “Matt and Audrey have fought for all of our kids at (the center), just like they were their own.”

Walter served officially as a board member for three years, “and unofficially as the friend we all need to have.”

Suttles had to take some time to find the right thing to say.

“How do you find words to publicly share your feelings for a friend … He championed inclusion, bolstered spirits, loved and cherished his family and friends,” she says. “We have truly lost a member of our family.”

Suttles wishes their last conversation had been about life moments instead of business.

“He always made the person he interacted with feel so valued. That was his greatest gift.”

Possibly a shining light in all of this is that “people have been called to express more love,” as Suttles puts it.

Many have taken to social media to express their feelings over his death. McClure made what started as a gruff, humorous post that ended in reaching out to all of his friends who might need to hear some encouraging words. He summarized his post: “If you’re having a problem, don’t go off into your dark place … FInd somebody you can talk to, there’s always someone there. And for the rest of us, pay attention. Don’t pay attention to what this person thinks about politics … pay attention to what’s really going on with folks. We could all stand to pay a little bit better attention to one another.”

Walter was affectionately known by his friends as “Choo;” McClure thinks it started with a childhood friend who couldn’t pronounce, “Matthew.” One of his dearest friends, Cooper Pass, coined him as “Fancy Dancer.”

“He had absolutely no rhythm whatsoever, but didn’t care. He epitomized the phrase, ‘Dance like nobody’s watching.’ Or maybe he did it because people were watching and it made them smile, I don’t know. But he owned it,” McClure says.

After retelling several humorous stories, how funny and incredibly intelligent Walter was and how he was known for his excellent taste in music, Pass wrote:

“Matt truly cared for everyone in his community. He cared about his clients, friends and family. He was so proud of his children and bragged about them to me all the time. He loved Audrey very much.”

He ended the post with a few words from a Tom Petty song:

“You belong among the Wildflowers

You belong on a boat out at sea

You belong with your love on your arm

You belong somewhere you feel free.”