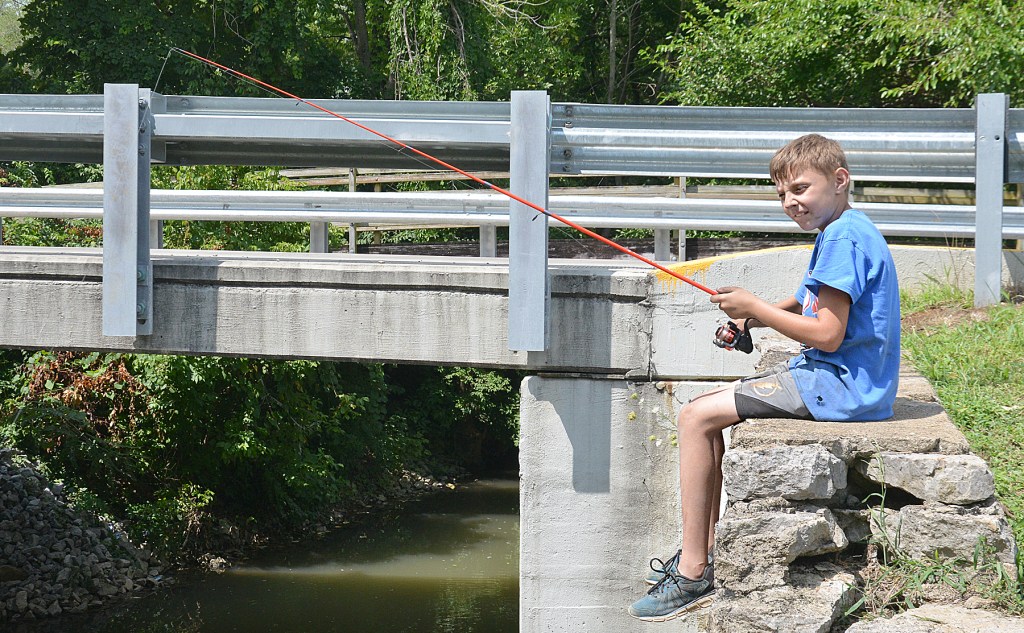 Braydon Watts’ favorite thing to do is fish.

“I worked a little, and now I’m fishin,” he said with a big grin Wednesday afternoon.

Braydon has spent most of this summer working with his papaw and uncle right next door at K&B Tires on Second Street. “He’s a good little helper,” his grandfather Bobby Watts said.

Braydon said he helps take tires off the racks and the black smudges on his face and arms proved it.

But most of the time, Braydon can be seen with a determined look on his face casting under the bridge at Clarks Run on Second Street. He likes to use rooster tails and earthworms.

He turned 10 earlier this month, and the bright red fishing rod and reel were a birthday present, he said.

But he doesn’t keep and eat what he catches. He always plops them back into the water.

Most of the time the fish are too little to eat anyway, but, Braydon said, “Lee’s catfish is the only fish I’ll eat.” 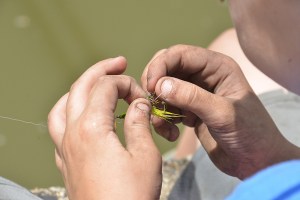 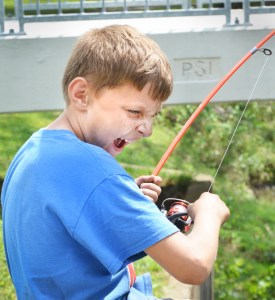 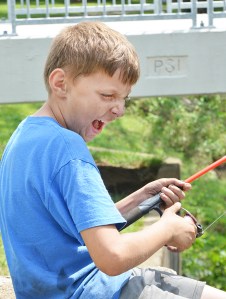 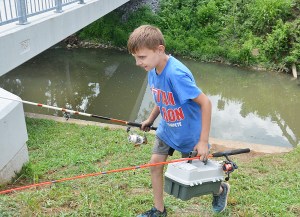 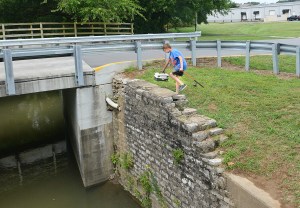 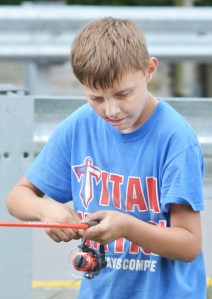 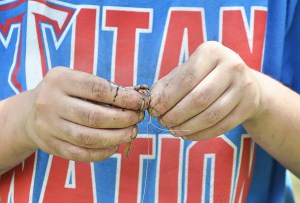 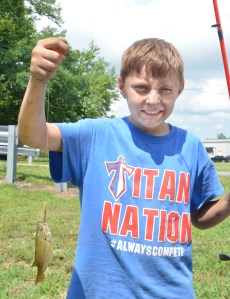 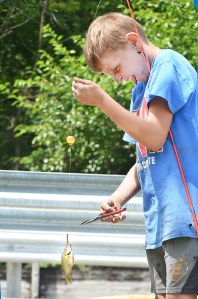 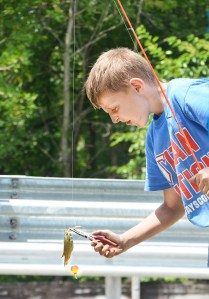