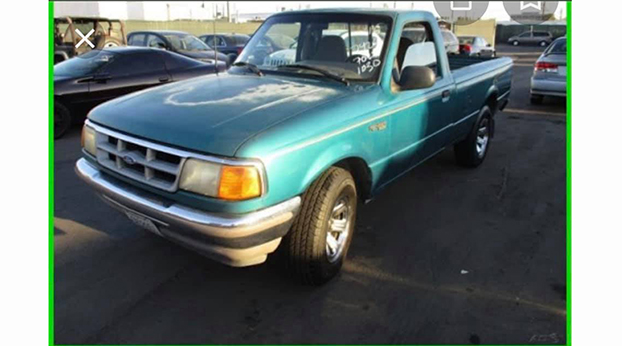 The Lincoln County Sheriff’s Department is asking for the public’s help if you have seen a green 1993 Ford Ranger with license plate number 911ZGA. The vehicle was stolen from a homicide scene on Nov. 30, 2020. If you have any information about this vehicle contact Detective Oney at 606-365-2696. The vehicle pictured is not the actual truck.

WAYNESBURG – A murder investigation is underway in Lincoln County after a man was beaten to death in his home, according to Lincoln County Coroner Farris Marcum.

Marcum was called to what he described as a gruesome scene on Monday morning after the man’s body was discovered in his home on Clear Fork Road by his mother.

“It was a pretty bad scene,” he said. “There were some pretty violent injuries to him. During the investigation, it was determined that a Ford Ranger pick-up truck was missing, along with possibly some money and a cell phone.”

The home where Adams lived and the truck he was driving were both owned by his parents, Marcum said, who live in Richmond. Adams’ home was located right on the Lincoln-Pulaski County line and he lived there by himself.

An autopsy was conducted in Frankfort Tuesday, Marcum said, and the cause of death was determined to be blunt force trauma.

“It’s going to be pending toxicology, too, to see if there’s any substances in his body,” Marcum said.

Marcum said he can’t remember the last time there was a violent death like this in Lincoln County.

“It’s not very common here,” he said. “It was just kind of a gruesome scene. It was pretty violent. I’ve been around a long time and I’ve seen a lot of stuff in the Coroner’s Office but we just don’t have it here in our nice community. We haven’t seen that in quite some time.”

The victim and the assailant/s likely knew each other, according to Lincoln County Sheriff’s Detective Rob Oney, who is overseeing the homicide investigation.

Oney said there was no sign of forced entry into the home.

“We do have leads,” he said Wednesday. “We collected evidence at the scene and that will be transported to the crime lab in Frankfort for processing.”

As of Wednesday deputies were still working to locate the stolen truck, which has been entered into the National Crime Information Center database.

“If that truck is found anywhere in the United States it will pop up ‘stolen,'” Oney said.

Oney said if anyone does spot the vehicle, do not attempt to stop it. Instead, contact the Lincoln County Sheriff’s Office at 606-365-2696 or contact the local authorities in the area.