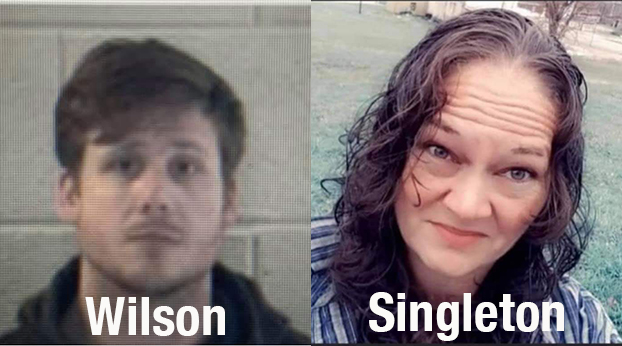 WAYNESBURG – The Lincoln County Sheriff’s Office is attempting to locate two individuals wanted for questioning in relation to the homicide on Clear Fork Road Monday.

Daniel Adams, 38, was pronounced dead in his home on the Lincoln-Pulaski County line Monday morning. The cause of death was determined to be blunt force trauma.

Detective Rob Oney, who is overseeing the homicide investigation, said the victim likely knew his assailant/s as there was no sign of forced entry into the home.

A green Ford Ranger pickup truck was stolen from the scene, as well as money and a cell phone. The Sheriff’s Office is still attempting to locate the stolen vehicle.

Thursday morning, Oney identified two individuals who are wanted for questioning In relation to the homicide.

The Sheriff’s Office is asking for the public’s help in locating Matthew Wilson, who is 6’1’ and weighs about 200 pounds. Wilson has brown hair and brown eyes.

They are also attempting to locate a female, Una Mae Singleton.

Anyone with information on the whereabouts of Wilson or Singleton, or the pickup truck, is asked to contact the Lincoln County Sheriff’s Office at 606-365-2696.