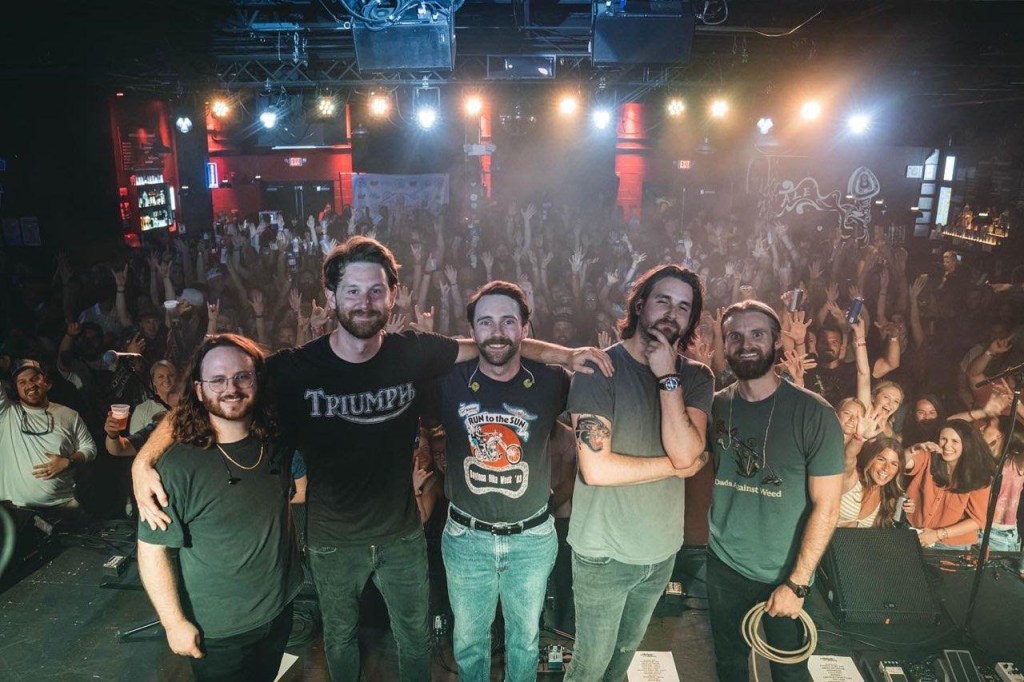 STANFORD – After moving away to pursue his musical career, Brandon Moore said coming home to Lincoln County is one of his favorite things to do – in fact, he loves it so much he decided to write a song about it.

“Lincoln County Line” was born from Moore’s love of home and the feelings he gets every time he makes his way back.

Moore, 26, is one of five members of the group Highway Natives.

“We’re all from different areas of the country. We have Jordan, who is from Florida; Arthur who is from North Carolina; Matt who is from Boston; and Artie is the only Nashville native,” Moore said.

Moore is a native of Waynesburg and current resident of Nashville.

The five-piece American rock band released their first EP in 2021 and then decided to launch a Kickstarter campaign to help them get back into the studio.

“We went into the studio mid-2021 and recorded the record that just came out June 24,” Moore said.

The album is called West of the Blindside and features what is already a local favorite, “Lincoln County Line.”

“I wrote that song during a little period of homesickness,” he said. “It’s only a three hour drive for me so I try to drive home as much as I can. When I do go home it’s a pretty anxious, anticipated drive heading home so the song is really about just the anticipation that I have whenever I’m driving from Nashville to Lincoln.”

The song mentions the “top of Halls Gap into Ottenheim,” which is where his grandma, Mary Coomer, lives, he said.

“My granny lives out in Ottenheim on Allen Road so that’s where there ‘top of Halls Gap Ottenheim’ lyric comes from,” Moore said.

The official lyric video on YouTube shows various shots of Lincoln County, including the Ottenheim sign, Main Street in Stanford and the Lincoln County Fair Grounds.

Moore will be coming home once again on July 23, and this time he’s bringing the band with him.

The group will be performing at Englewood Estates.

“They were gracious enough to let us host basically an album release,” Moore said. “We wanted to have a little party out there in my hometown and celebrate with some people.”

The event will begin around 4-5 p.m., he said, with some food and custom crafted beer.

“We have a home-brewer out here in Nashville who makes really great beer so he’s going to craft us up some Pilsners that will be inspired by the sound of the album,” Moore said.

Attendees can purchase a $30 package which includes admission to the show, food and drinks.

“Englewood Estates is beautiful land out there,” he said. “We’re going to have two other local Lincoln Countians to open up for us – Daniel Cain and Jim Sowers. It should be a good time.”

The group is planning on taking some of the proceeds from the event and donating it back to the community, Moore said. They will be donating a portion to Little Hands Preschool for a new building.

Moore said he’s excited to be back home and share the new album with other Lincoln Countians and, like the song says, “Cross that Lincoln County line” once more.