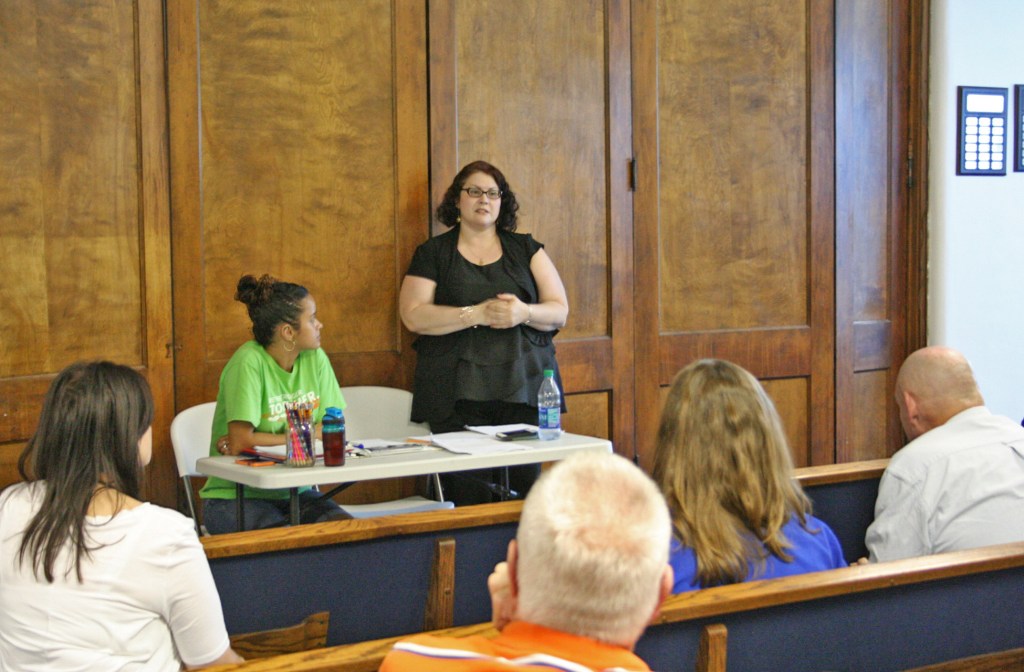 Casey’s Law was implemented in 2004, and has been touted as a solution to getting help for some addicts, is not a cheap avenue, as families learned Tuesday night.

Stacy Coontz, attorney from the Danville office of the Kentucky Department of Public Advocacy, met with Families Into Getting Help Together, or FIGHT, Tuesday night to learn more about the law.

Members of the Boyle County Agency for Substance Abuse, or ASAP, said they could help with the costs of getting someone into rehab initially.

There are some free facilities, such as the Salvation Army’s facilities, but they might require the addict to be clean prior to coming. There are also many free programs for juveniles, Coontz said.

Despite the potential costs, there are positive aspects about the law that most don’t know. For starters, it doesn’t have to be a family member to file the paperwork for Casey’s Law. Anyone who is concerned about the safety of the individual can file.

“People always think it’s got to be mom or dad. It doesn’t. It can be anyone: relative, friend, spouse, mom, dad, third cousin twice removed, next-door neighbor,” Coontz said.

The paperwork asks if the addict is an imminent danger to themselves or others, which she pointed out, is likely the case once someone has become addicted to drugs. Finally the requestor can select how many days they think the addict will need to be in rehab, 60 days or 160 days.

Coontz warned those present that the person cannot be taken to jail when the paperwork is filed, which might create an issue for the filer.

“Not too many people are going to be real happy to see you after you file this,” she said. “That could be a problem in and of itself.”

Once the petition is filed, a hearing will be held. Within 14 days before the hearing, the person needing help must be assessed by two qualified mental health professionals.

If the court agrees they need this, they can order the person to court-mandated rehab.

The problem, those present said, is the potential price tag at the end. Even if a facility agrees to take someone for free, there’s still costs at the courthouse to contend with.

Discussion was had about hosting a providers’ fair, to give families a chance to meet and talk to providers about what their respective facilities have available, and what is required to go. Some require patients be detoxed prior to coming in, for example. There was also discussion about creating a packet of information for all of the facilities.

Others present agreed and said the only way they have found out the options was simply by calling every facility they could find and ask.

“We need to have a forum for families, to inform them, ‘This is what’s available,’” said Pastor James Hunn during the meeting. “We don’t want to see anyone else die.”

A planning meeting is being held for the fair later in the month. The fair will likely be sometime this fall.

• Casey’s Law allows relatives or friends of an addicted person to lawfully intervene and request involuntary, court-ordered addiction treatment for their addicted loved one. It went into effect 2004 and is named after Matthew Casey Wethington, a man who died of a heroin overdose in 2002, at the age of 23. For more information, visit http://caseyslaw.org/KY_Files/About.htm.