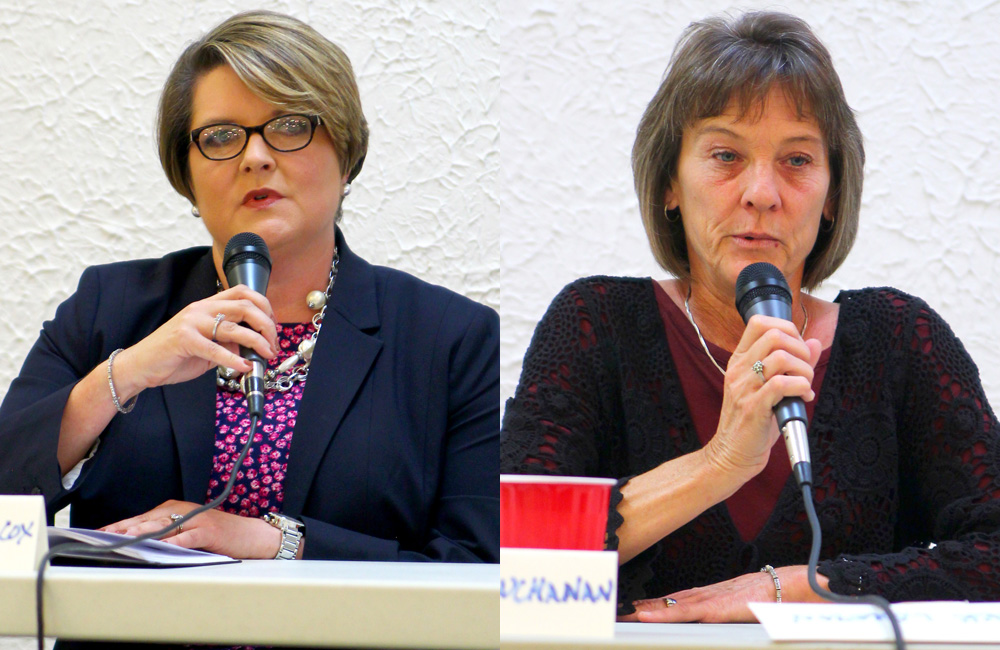 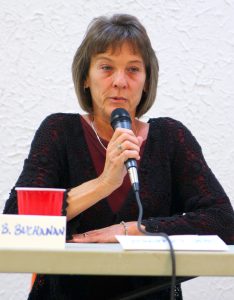 Alison Buchanan is currently serving as clerk, after being appointed to the position in March following the resignation of the previous clerk, Beth Neal.

Buchanan had been Neal’s chief deputy. Because Neal stepped down before the end of her six-year term, which runs through 2018, and because Cox passed the required exam and filed to run for the office, a special election is being held to fill the remainder of Neal’s original term.

At a candidate forum Tuesday, Cox said she is qualified to serve as circuit court clerk because she has 25 years of experience as a paralegal and has already worked with many of the records handled by the office.

Buchanan said her 23 years of experience in the clerk’s office, under three different circuit court clerks and five different judges, makes her a good choice for the seat. 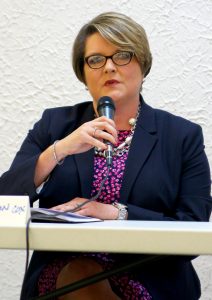 “I’ve learned many different ways the cost system can run and my staff and I run it very efficiently,” she said.

Forum moderator Dr. Earl Motzer asked both candidates what their first action would be once elected.

“My first action would probably be to run it just as we have been running it for the past 23 years,” Buchanan said.

“Since I would be new to the office, I would get to know all the staff,” Cox said. “I would like to keep all the staff and make no changes to that.”

Asked why voters should choose her, Cox said she would like the chance to work and give back in the community where she was raised.

“I’ve done many of the things that is done by the circuit clerk,” she said. “I would like the opportunity to be on the other side of the window.”

Buchanan responded to the same question by pointing again to her 23 years of experience in the office she currently holds.

“I feel like my experience and my dedication to the job is worth your vote,” she said.

Raley sentenced to five years minus time served for…