Plan for Perryville restaurant in the works after alcohol vote 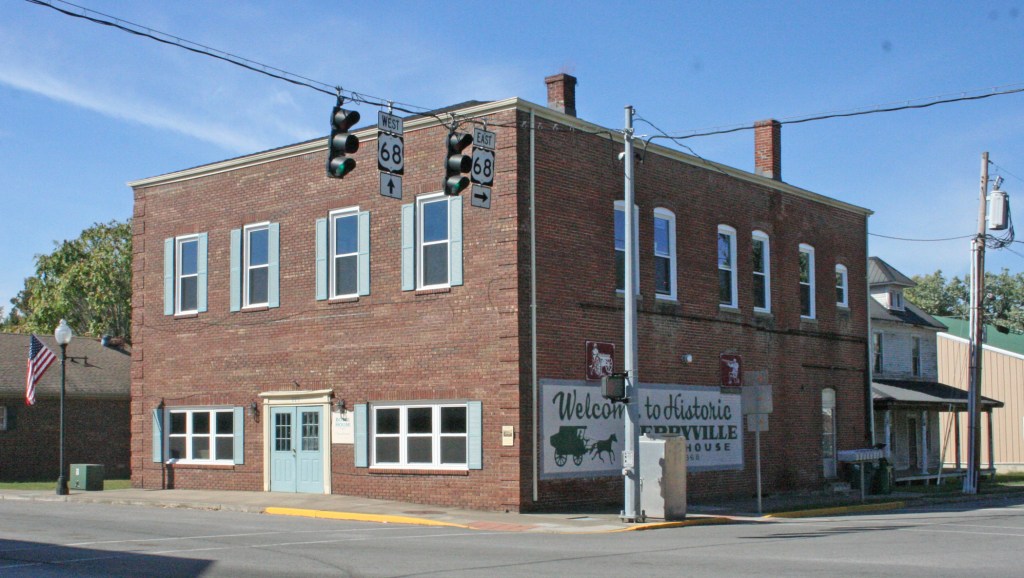 Kendra Peek/kendra.peek@amnews.com The historic Boyle House in Perryville is soon to be home to a restaurant and package store, if all goes according to plan.

Thanks in large part to the passage of the recent alcohol vote in Perryville, plans are now in the works for a restaurant and alcoholic beverage package store in the historic Boyle House.

“We’ll start the renovation on that right away,” said owner Jerry Houck, who also owns Cue on Main and Nellie Burton’s Steakhouse and Bar, both in Danville. “Tentatively, what the plans are: We’re going to open a restaurant in that building, but we’re going to subdivide off the first floor and do a package store there as well. We’re going to apply and see.”

Situated on the corner of East Second Street (U.S. 150) and North Bragg Street (U.S. 68), the historic building has been a bit of everything over the years, Houck said.

“Historically, it’s been a grocery store, a soda fountain — I think at one time there was a candy shop in there — the original stagecoach stop was there … it’s had lots of lives over the years,” he said. “The way that the downstairs is designed, it’s one big open room. There are lots of possibilities with that building.”

Houck purchased the building, which most recently served as an apartment building, in December, with plans to convert it into a potential event venue. Work began on the second floor and has neared completion. Initially, he planned to make the space on the first floor into a large area to host events, but when he learned that Perryville could go wet, the plan was paused.

When the vote passed last week, Houck decided it was time to change the plan.

“It’ll still be a place for events — where it’s in close proximity to several wedding venues, it just makes sense to do things there,” Houck said. “This will open it up for us to do things inside.”

He plans to convert the first floor to two separate suites, so that they can be operated separately. There’s also a basement that would come in handy for the restaurant, he said.

Houck hopes that the convenience stores in town will be able to sell items like beer, while his store could sell more wine and spirits, putting the businesses into different licensing categories.

“We could cover everything and everyone would get a piece of the pie and not be too competitive,” Houck said.

With his catering license, Houck said he could begin to sell alcohol at any events hosted in Perryville after sales begin Dec. 5, and that goes for any caterer with a state license.

The historic properties in the city could be perfect locations for tasting rooms for Wilderness Trail or other distilleries, little cafés, craft brewers or even a package store, Houck said.

“I think when people talk about package stores, they have to keep in mind that it doesn’t necessarily mean a Liquor Barn. It could be just like a little wine shop. One of the distilleries could put a tasting room in to sell some of their own wares,” he said. “It could bring a different flavor to it if people thought outside the box.”

Houck said he’s optimistic about what alcohol sales could bring to Perryville. Under state law, bed and breakfasts can obtain a special license to sell alcohol by the drink. While there are some AirBNB locations in town, there are no bed and breakfasts and really nowhere for more than a few of the city’s visitors to stay, he said. One potential bed and breakfast could be the Elmwood Inn building, which is currently for sale and spent time as both a restaurant and a bed and breakfast in the past.

“When you think about when people are coming to town, one of the things we’ve looked at is that Perryville’s a day trip,” he said. With nearby wedding venues, the Perryville Battlefield and Camp Horsin’ Around, just to name a few local spots, Houck said the need is there.

“If you want to go to the Battlefield and spend the day, or you’re really into the Civil War and want to spend the weekend in Perryville, then you have to drive back to Danville to eat and spend the night. Or to Lebanon. Hopefully this opens up the potential that there’d be a place for them to stay in Perryville, eat in Perryville, walk around Baril Park,” Houck said. “Those additional days generate more tourists, because they’ll talk about their visit more.”

The potential for growth, he said, could reach beyond just stores that sell alcohol, to other stores, such as craft stores or stores selling local wares. Another possibility would be putting an independent grocery store in somewhere.

“It just opens up a whole different set of possibilities and potential for different things to come into Perryville. I don’t think it’s going to cause a massive influx of people from California, but there’s a lot of great history there that we can draw on, a lot of great possibilities that we can draw on and it’s really untapped at this point,” Houck said.

“It’s only limited by how much somebody can imagine it could be like. That’s the only limitation. If you can’t dream it and you can’t imagine what it could be, then it probably won’t. But if you can step back and look at it for the raw space that it is, then there’s unlimited potential.”

It will likely be summer 2017 before the restaurant opens.