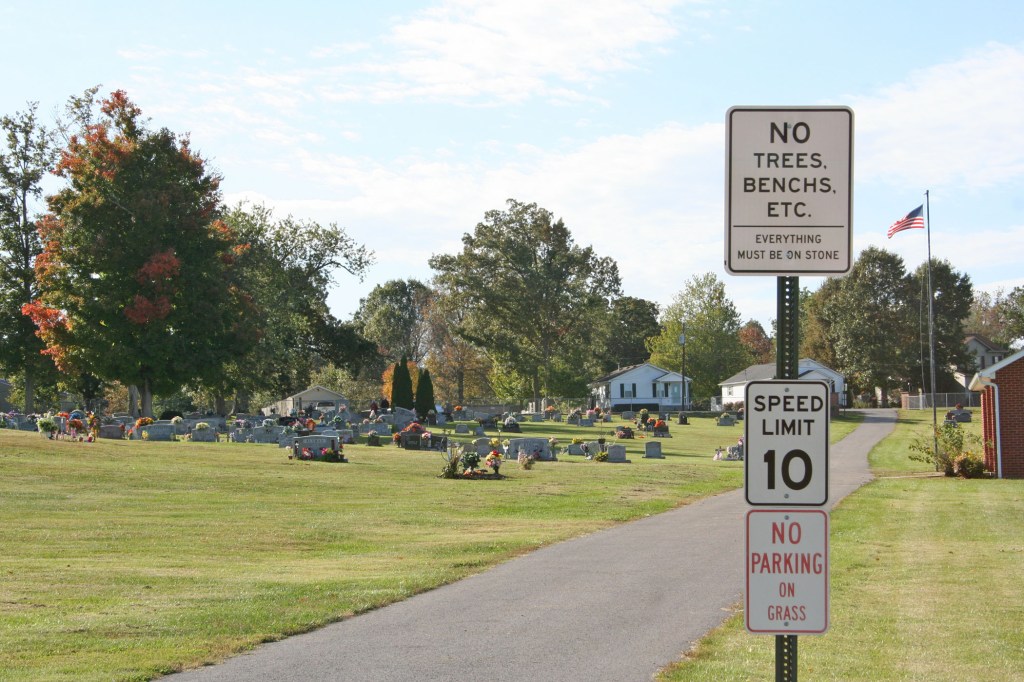 Kendra Peek/kpeek@amnews.com A sign hangs at each entrance to the Junction City Cemetery reminding visitors of the limitations.

The Junction City Council has denied a mailed request to place decorations in the city cemetery during December and early January.

Junction City resident Patsy Daugherty wrote a letter to Junction City Mayor Jim Douglas and the city council, asking them to “please consider” the request to decorate her family’s grave lots in December and for at least two weeks in January. Decorations she wanted to use include “small lighted candles, etc., in front of the grave stones” and potentially “flowers to be placed on the ground.”

“We have an ordinance that covers that. We should go with the ordinance,” council member Stephen Martin said. That sentiment was met with some agreement from other members.

The city ordinance states “any and all floral arrangements placed on any lot in the City Cemetery must be placed on the monument itself” and gives the city council the right to remove any offending items without notice.

The cemetery policy has created some controversy this year. Protesters gathered in the cemetery and on Main Street in June, after city workers removed a large number of items from graves. Protesters alleged city workers do not treat the graves appropriately and shouldn’t have removed some metal grave-markers that were the only way to identify some graves. Officials said metal grave markers were only removed from graves that already had tombstones. Items placed around graves area potential safety hazard to city workers when they mow, officials have said.