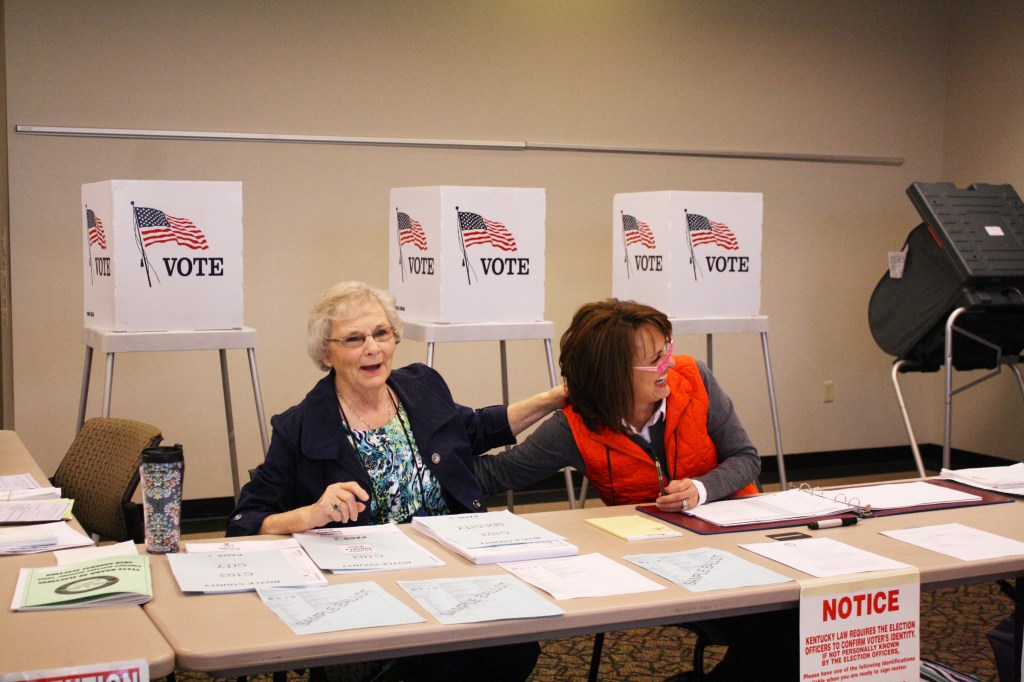 Turnout was around 65 percent in Boyle County for Tuesday’s general election. Election officials around the county said they were impressed by long lines of voters.

“This is one of the best turnouts we’ve seen in years,” said Kay Berggren, an election officer who helped run a polling precinct at InterCounty Energy on Hustonville Road.

At the Salvation Army, election officer Artheia Thompson said there was a line of voters ready to vote at 6 a.m. and throughout the day, the line kept reaching out the door.

Berggren said the Inter-County Energy location was given enough ballots for a voter turnout of 70 percent, and at 1 p.m., they were at 40 percent.

“Some elections were not even at 30 percent at the end of the day,” she said. “We are pleased.”

A total of 13,133 voters participated in the election. Boyle County Clerk Trille Bottom said there are more than 20,000 registered voters in the county.

There were a few precincts that ran out of specific ballots and some — Bottom estimated 25-50 — had to be printed and brought to the precincts to replenish their supply.

Bottom said there were no major issues at the polls. Some people were surprised to find they weren’t listed in voter rolls, but that was because they had moved or because they hadn’t voted in the past two federal elections, which causes voters to be purged from the rolls, she explained.

There were more than 90 write-in votes cast county-wide, the vast majority of which were not for certified candidates. More than 80 of those write-ins were not counted, Bottom said, explaining that many of them were votes cast for candidates who had lost in the primary elections earlier this year.