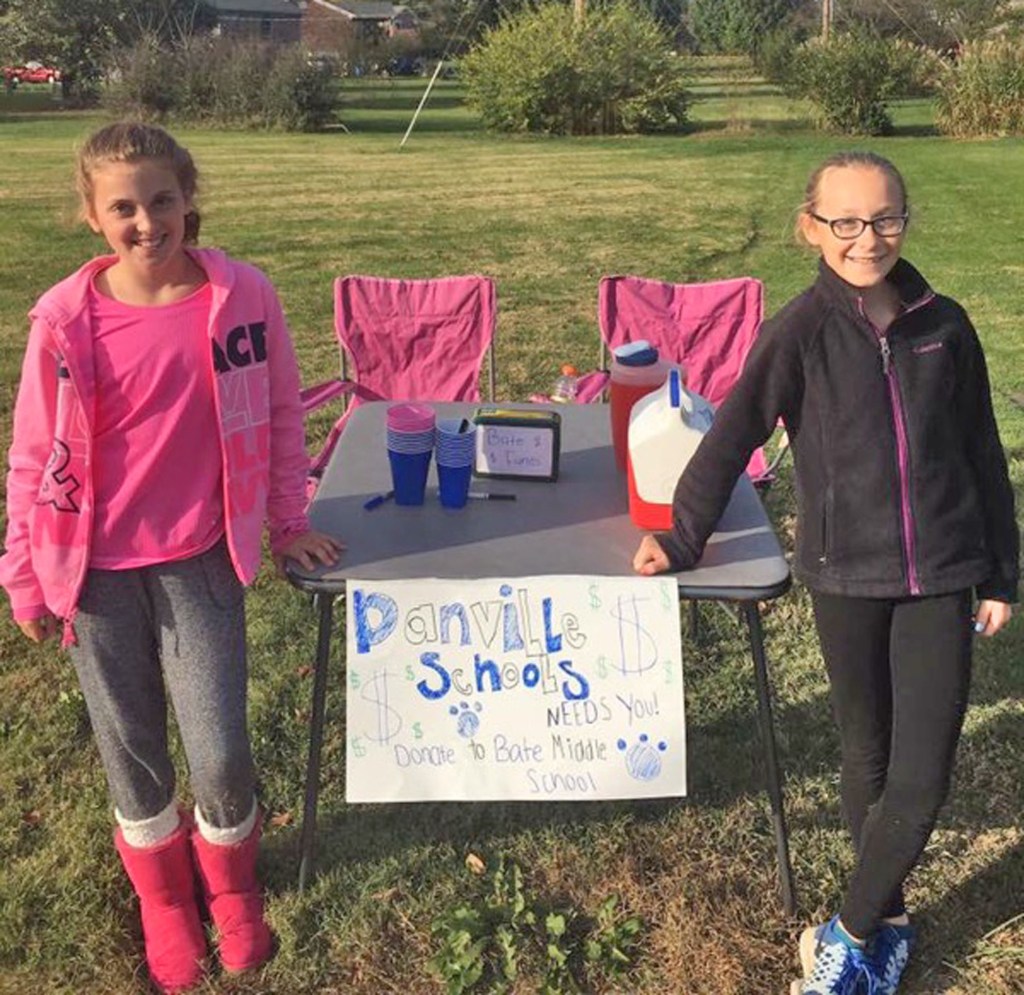 Photo submitted Two Bate Middle School students, Kate Gibson and Chloe Strysick, decided to host a pop up lemonade stand over the weekend, to raise money for their school in the upcoming Dancing with the Danville Stars.

Teachers, students and community members will dust off their moves and don their dancing shoes in an effort to raise money for the Danville Schools through the Dancing with the Danville Stars, to be held Saturday night at Gravely Hall.

When it first began four years ago, teams were pairs of dancers, but now there are teams of pairs and larger groups. There is one group from each school in the Danville school district and there are two community groups. Wright said there are more students involved than ever before.

Money was raised prior to the event by The Amazing Admirals at Danville High School, the T-Birds and Pink Ladies from Toliver, the Boogie Down Bulldogs from Bate, the Clueless Cougars from Jennie Rogers and The Hogsett Historians. Those funds will benefit the schools.

Money raised by the OutThere Zombies and by Rick Serres and Nicole Harmon will benefit the foundation.

Money raised the night of the event will be counted toward the groups’ totals to determine winners, but the money will ultimately go to the foundation.

Serres said he felt participating as a current Danville city commissioner would be a good way to give back to the community.

“I think it’s always good to give back to your community, whether it be education or other areas,” he said.

Serres said he enjoys dancing and this was not the first time he has danced publicly, simply the first time on stage. His partner, Nicole Hamilton, has performed on stage before for other things at West T. Hill Community Theater, among other places.

The duo is dancing to a “1961 rock and roll tune” called Runaway Sue, which fits the kind of music they’ve danced to before, Serres said.

“We’re looking forward to it,” he said.

The money raised by the Danville Schools Education Foundation enables the non-profit organization to award teacher mini grants and provide financial aid to schools for things the district can’t provide.

Dancing With the Danville Stars will be held 6-8:40 p.m. Saturday, Nov. 12, in Gravely Hall at Danville High School.