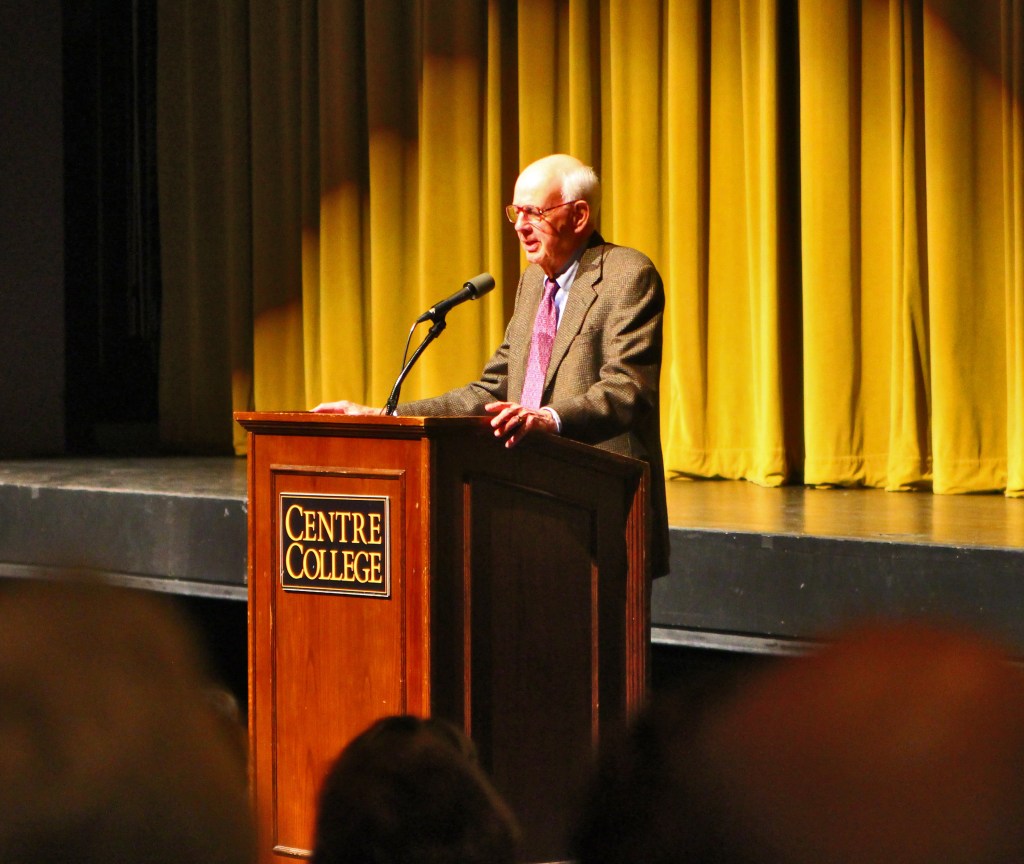 Berry, an 82-year-old farmer and environmental activist who has authored dozens of works over the course of more than five decades, read a pair of his works and fielded a handful of questions during the hour-long event.

Berry read one story that examined the lives of family farmers who earn a kind of freedom caring for their small plots of land, even as industrialization consumes more and more of the world around them.

Berry’s second piece was actually written prior to the first one, and focused on the frugal spending habits of the same rural farm families. It presented the idea that who people are cannot be represented by economic principles.

During the question-and-answer session, Berry was asked if he could provide members of the audience with words of hope.

Hope is not something that can be given, Berry responded — it is a virtue you either have or don’t.

“You’re supposed to have it,” he said. “Get out there and get it up yourself.”

Another audience member asked what Berry had to say to millennials who have a reputation for disliking hard work.

“Don’t let the sons of bitches get ahold of your money,” he said, quoting a character from his second reading and earning laughs from the audience.

Berry said politicians always talk about creating jobs, but he believes that’s not a good way of thinking about work.

“We’re started this idea of job creation and job creation kills the idea of vocation, which is what you are intended to do,” he said.

Berry declined to pick a favorite thing about his farm, joking that he doesn’t think his sheep, horses or dogs would like to hear him pick only one of them.

He also pushed back when asked what his favorite song is.

“People need lots of songs,” he said. “… I really do think the idea of having a favorite is something you ought to outgrow.”