Tobacco going once: Photos from auction at Farmers Tobacco Warehouse 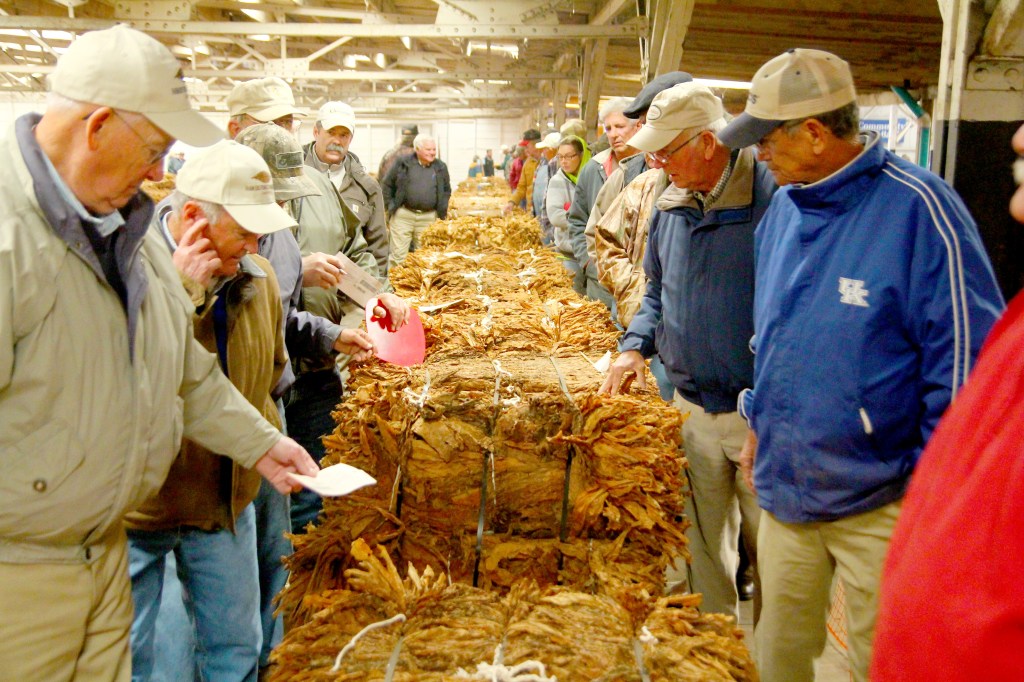 Dozens of tobacco farmers and tobacco buyers visited Farmers Tobacco Warehouse No. 1 in Danville for a tobacco auction Tuesday morning.

Tobacco auctions help farmers that either don’t have a contract with a big tobacco company or can’t afford expensive equipment to bundle and transport their tobacco, warehouse owner Jerry Rankin said. Auctions provide a “floor” on tobacco prices for smaller farmers, he explained.

Farmers Terrill Simpson, left, and Tony Young talk among bales of tobacco at Farmers Tobacco Warehouse Tuesday morning, shortly before the auction starts. Simpson and Young were not participating in the auction; they had come to watch.

People examine bales of tobacco shortly before they go up for auction.

Ben Kleppinger/ben.kleppinger@amnews.com Auctioneer Trip Foye, fourth from left in green, asks for a bid from a tobacco buyer. Foye is from Statesburg, Georgia.

Ben Kleppinger/ben.kleppinger@amnews.com Potential tobacco buyers get a feel for the product during the auction.

Jason Elliott with Farmers Tobacco Warehouse, right, talks with tobacco farmer Russell Skaggs as the two stand by bales of tobacco from Skaggs’ farm that just sold at auction.