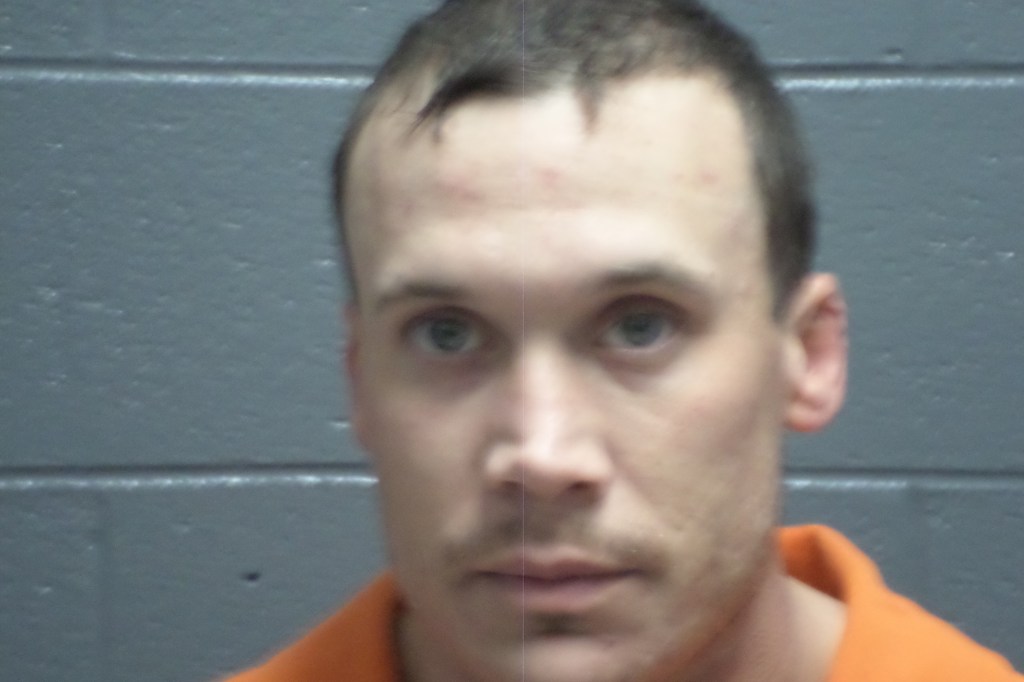 Danville Police received a tip that Aaron Denny, 34, who was wanted on several outstanding warrants, was living in a black pickup truck in various parking lots in Danville and Stanford.

Danville Police Officer Brandon Record located a vehicle matching the description of Denny’s parked in the Walmart parking lot about 12:38 am., according to Danville police.

Denny was identified by officers and while they were attempting to handcuff him, Denny pulled away and started to flee on foot. He was Tased after a short foot pursuit, according to Danville police.