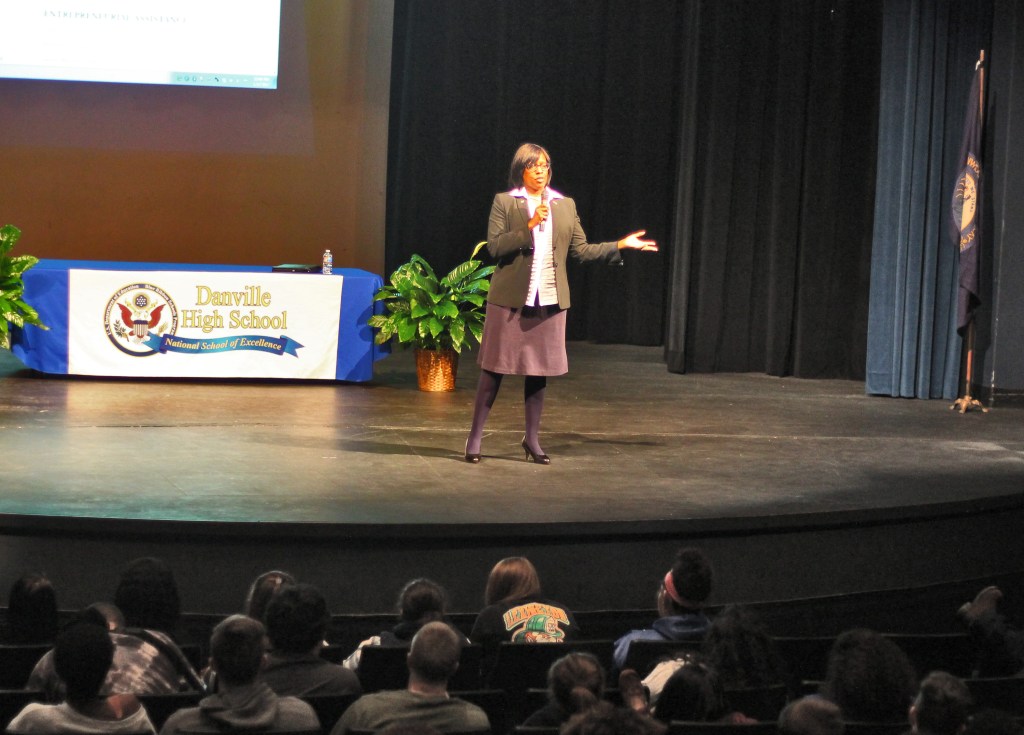 Hampton told the high school students, who gathered in Gravely Hall to hear her speak, that the “first annual Lieutenant Governor’s Entrepreneurship Challenge” is similar to the reality television show “Shark Tank.”

The challenge is open to all high-school-aged people, whether they’re in public school, private school, home school — or even if they’re currently incarcerated, Hampton said. 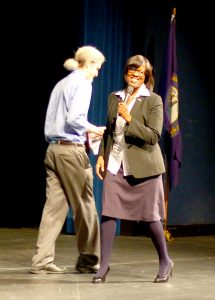 “I’m betting there are some budding entrepreneurs right here in this room,” she said. “And even if you don’t win, you will learn so much … maybe if you’re exposed to it, you’re more likely to start your own business.”

Hampton also shared some of her personal story with students, including how she grew up in Detroit and was inspired to reach for greater things by following NASA’s work and listening to Martin Luther King Jr.

NASA sparked her imagination and along with reading science fiction books, “it really expanded my universe beyond Detroit,” she said.

“I remember him when he was alive. I can hear his voice in my head to this day,” she said of King. “I’ve never lived my life focused on others’ skin colors or that of my own and I firmly believe that is why I have had a successful career.”

Hampton encouraged students to take courses that they think they will hate, that push them “way outside your comfort zone.”

“Each one of you is capable of way more than you think you are,” she said.

Each team that participates must have two to four students and two adult mentors. The deadline to declare an intent to compete in the challenge is Feb. 1.

Further details about the entrepreneurship challenge are available online at www.kylgec.com.