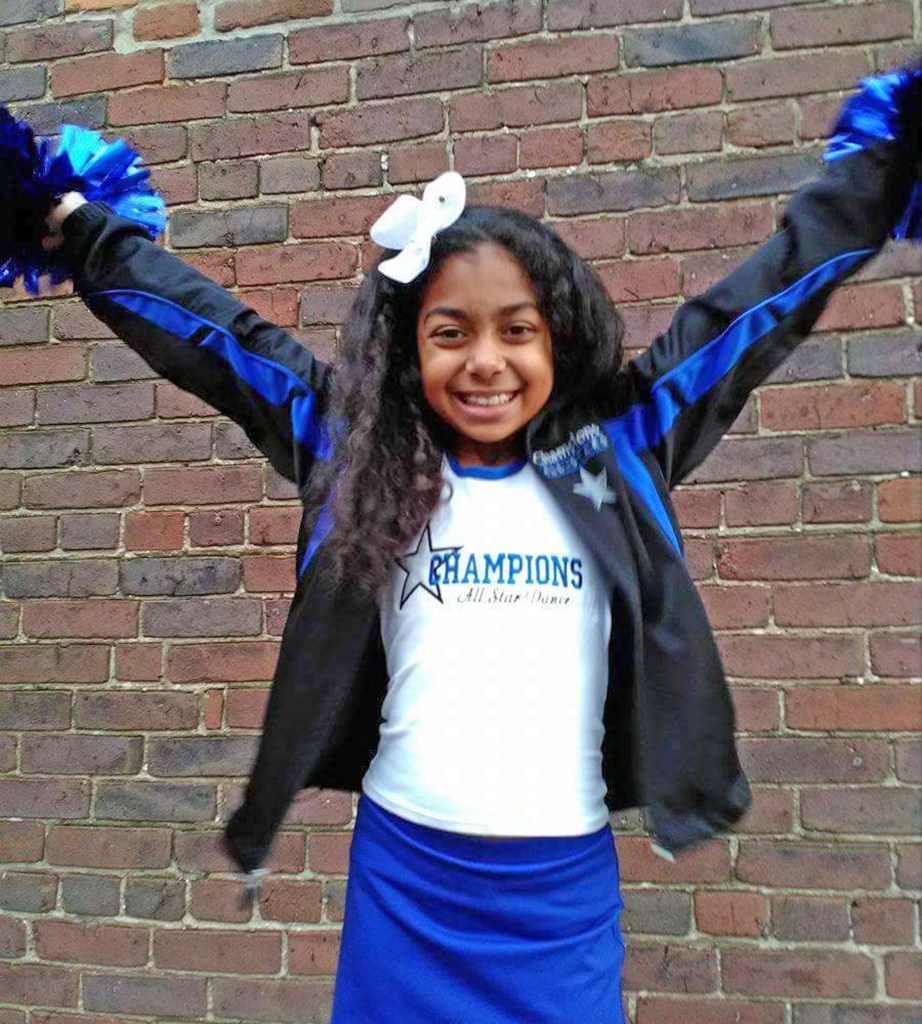 While eight seems young to know a passion, for one Danville girl it was easy.

“She just always danced at home when she was little. We put her in a beginner’s class at 18 months,” said Danielle White of Danville, speaking of her daughter Dre’Ana White. “It’s her happy place.” 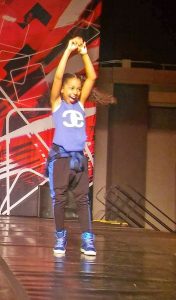 For Dre’Ana, there’s something about the music that just makes her happy, and “free,” she said, smiling as she explained.

Dre’Ana now dances for Champions Elite All Stars in Lawrenceburg, which has taken her to various competitions and performances. Monday, she will perform with her team in Lexington during the Harlem Globetrotter performance.

Dre’Ana dances hip hop but has done jazz, tap, ballet and “pom” —  a combination of cheer and dance — along with other styles of dance. Hip hop is her favorite, she said.

Dre’Ana admits she sometimes gets nervous. But her love of dance and the support of her family pushes her through it. Especially her two biggest fans, her little sister Da’Chelle and her little cousin Devoni. 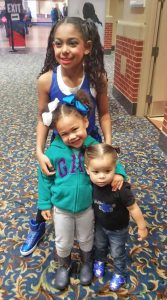 “It kinda makes me get over my fears when I see them,” Dre’Ana said.

Her other big supporters include her “Nana,” Daphne Belcher; her “Rae Rae” (aunt), Desiree White; her mom’s fiancé, Timmy Quisenberry; and her papaw and grandma, David and Judy Belcher.

But the young girl said her number one support comes from her mom, who she calls the reason she started dance and the one who helps support her through it all.

Besides loving her dancing, Dre’Ana also loves her dance teacher.

“They all look up to ‘Miss Andi,’” said Danielle.

“Miss Andi,” as the girls call her, is Andrea Masters. She travels to judge dance competitions around the world, including going to Japan regularly.

Someday, Dre’Ana said, she would like to do what Miss Andi does — have a dance studio and judge dance competitions. 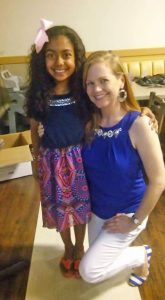 Miss Andi also has connections to the University of Kentucky dance team, and brings those girls down to teach and help her girls from time to time.

Dre’Ana said it’s pretty cool to get to meet the college dancers.

She also gets to work with other older dancers at the studio, called “big sisters” to her squad. They help the younger girls perfect some of their moves — Dre’Ana’s favorite at the moment is a headspring, where you flip over using your head and hands as a support.

Sometimes, Dre’Ana said, things don’t always go as planned on the stage, but it’s important to just keep dancing and smiling — even if she loses a hair piece or a shoe.

When she isn’t dancing, Dre’Ana loves coloring, painting and other creative things. She said art is her favorite class in school, at Hogsett Elementary. She also enjoys the soccer club.

It’s not always been easy to balance the busy schedule. Dre’Ana said she has a lot of friends at school who cheer and do other activities and they don’t like it when she can’t join them. But for the young girl, her dancing is more important because she just “loves dance.” 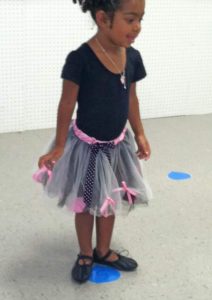 It’s not easy, admits Danielle, to keep the young girl in dance class, but it’s important.

Sometimes that requires getting creative in fundraising, selling t-shirts, finding businesses willing to support — anything they can do to keep you Dre’Ana dancing because, Danielle said, it’s important.