Poland to retire after 40 years 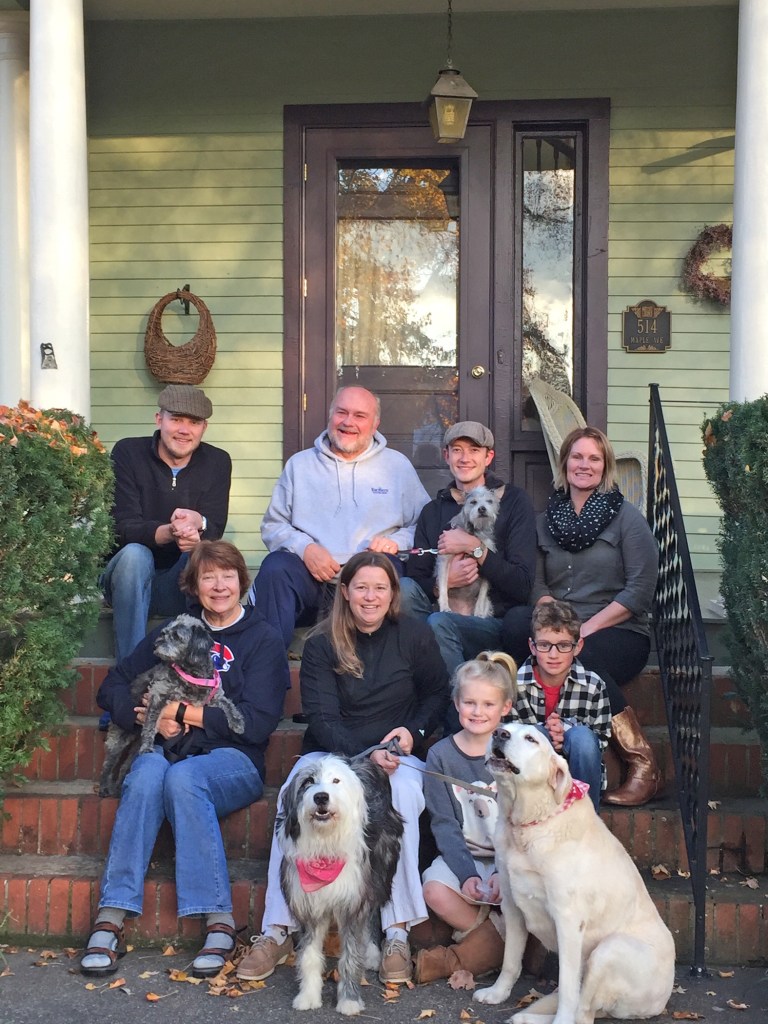 Tom Poland has spent much of his life in the banking industry, and soon will retire, marking the end of his 40-year career.

He started as a youth, working summers in banks near his hometown of Owensboro.

Eventually, he found his way to Centre College, where he met Bettie, now his wife of 40 years. Poland graduated in 1975 as an economics and religion double major. When he graduated, he had a job in insurance, but said he knew he wanted to get into banking.

So, he followed an opportunity to Madisonville, where he started with a The Kentucky Bank as a teller.

“Back then, it was a lot of cash money. My first job was with checks, where I would file them,” Poland said.

He then ventured into lending, joining the First Federal Savings and Loan, where he stayed for 10 years.

“I did their home loans. It was great. It was like an ‘It’s A Wonderful Life’ type thing … I was the head of lending,” he said.

Poland and his wife built a house and had three children — Kyle, Tommy and Libby. 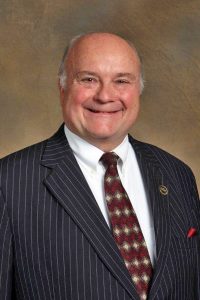 Photo submitted
Tom Poland will retire in February after 40 years in banking.

“Life was really good then … Our youngest was three months old. It was great. It was what you hope for at that point in your career,” he said.

At a conference for young bankers in Louisville, Poland learned of an opening in Danville, at Central Kentucky Federal.

“It was a dream come true,” he said. “This community’s amazing.”

The world of banking was different, Poland said, than it is now.

Eventually, the bank went public. It was good for the bank, and a dream to be public, he said. For Poland, it was time to move on.

Greg Caudill and Louis Prichard at Farmers National Bank invited Poland to join them, so he made the leap, becoming a commercial loan officer In 1998. In 2003, he went into private banking and then became the business development officer in 2015.

About 12 years ago, Poland was planning to retire.

“I had a cake. I was leaving,” he said. “My car was packed. I was gone, and (Greg Caudill) said, ‘Would you mind sticking around a little bit?’”

Farmers had evolved into the financial services realm, which Caudill wanted Poland to be involved with. He ended up staying on, and a “little bit” turned into about 12 years.

Poland said he sees himself as a “community banker.”

“I had this really great friend, a neighbor, who was this big time banker in a big organization, in an ‘ivory tower’ — I always kid about this being the ivory tower — he commuted. He said, ‘What’s it like, being in a fishbowl like that? I couldn’t do that.’ I said, ‘Man, it’s great.’ In the fishbowl, you’re held to really high standards, but you get to look out,” Poland said. “You’re involved in all these things. Your clients are your neighbors, your friends. You’re involved with them at church and everywhere. You see them all the time … It’s personal. It’s very personal.”

“This is a personal philosophy. When I started this, we didn’t have computers. Now we have analysts who look at things and the numbers are so much more advanced. You have to look at those type things. But, being a community banker, you can look at people … Sometimes that’s a hindrance, but at least that’s an opportunity.”

Poland said he’s experienced six recessions; seen the Dow go from a low of 2,000 to an all-time high of 20,000; made loans at a time when 21-percent interest was the norm and now, when 3 percent is standard.

“When I started, everything we did as far as papers, was with typewriters. The balancing at the end of the day, there were no computers. Everything was done with an adding machine. There were checks and a lot of cash,” he said. That’s not common anymore. “If somebody brings a lot of cash into this bank, that’s crazy.”

Poland said he’s grateful to the many mentors he’s had.

“I’ve had so many wonderful mentors in all of this. People like Bruce Montgomery, John Stigall, John Hill Bailey. Then when I came here, with Nelson Rodes and Greg Caudill. There’s so many,” he said. “Not to mention, my colleagues — they’re family. This whole place, I’m going to miss this a lot.”

Now that retirement is on the horizon, Poland said he looks forward to spending time with his two grandkids, Elliott and Quinn, his children and his wife.

He’s also planning to serve in another capacity on the Danville-Boyle County Economic Development Partnership board, which he formerly served on for the bank. He said he would like to potentially teach some financial literacy classes for those in the community.

“(The world of finance) is an art; it’s not a science,” Poland said.

He and Bettie plan to do more traveling, kicking retirement off by visiting some friends in the Gulf Coast region. But they’ll be back, he said.

“Danville is home,” Poland said. “We’ll be around.”