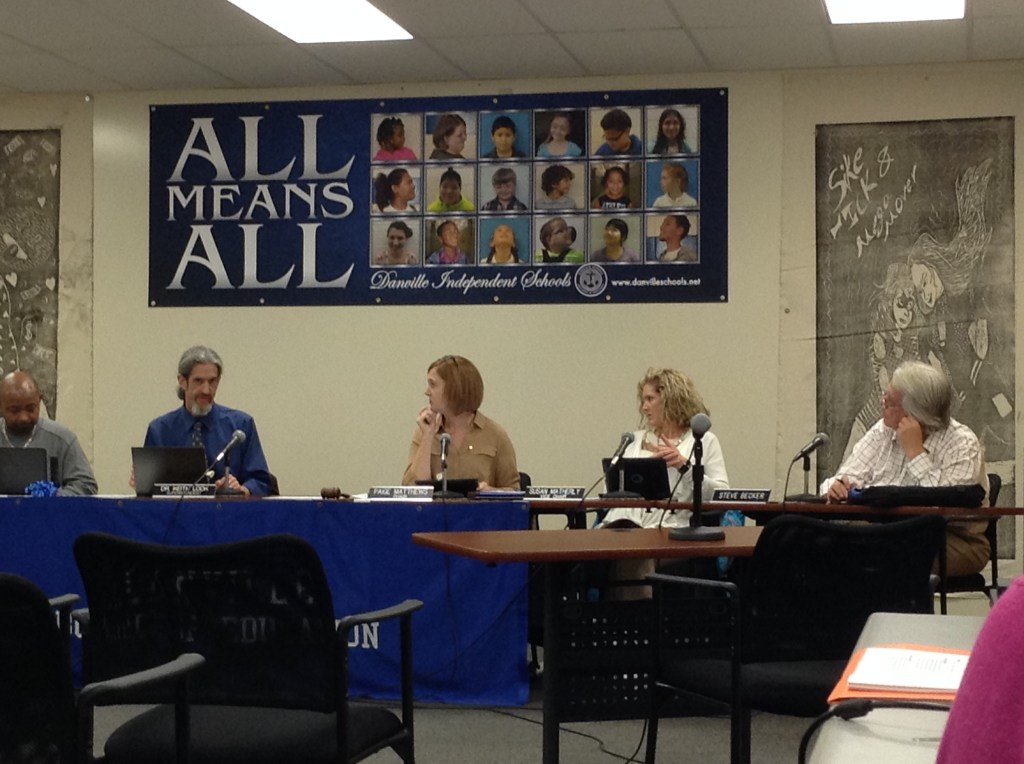 The Danville Board of Education has changed the cut-off date for kindergarten enrollment to Aug. 1, meaning some parents may not be sending their children to school this fall like they expected.

The board revised the district’s administrative procedures and policy regarding kindergarten students to reflect a state change requiring children enrolling in kindergarten to have turned 5 years old on or before Aug. 1.

Previously, the cutoff date was two months later, on Oct. 1. The Aug. 1 policy goes into effect for students entering kindergarten this fall.

“This will be the year that this matters the most,” said Superintendent Keith Look, explaining that there will be some parents who had expected their children to start school this fall but because of the new cutoff date, their children will either not be in school or they will have to apply for early admittance.

Judy Spellacy, director of elementary education, said school districts have been conducting Brigance testing on all students entering kindergarten. Tests are designed to tell if children are ready for school.

“They have found that there’s a significant difference in that birthday cutoff. That few months makes a huge difference developmentally,” Spellacy said.

The revision also means the district must select a testing method to determine if students qualify for early enrollment. Spellacy suggested that Danville use a test called “Dial IV.”

“Other districts in our co-op that I have talked to also feel that Dial IV is a good test for early assessment,” she said.

The Dial IV test is used by many preschools, too, she said.

Early enrollment petitions must be submitted by June 15 each year under the new procedures. That will give officials time to assess students and parents individually, Spellacy said. A child must score in the 95th percentile both socially and academically in order to qualify for early admittance.

• approved a draft budget as required by the state;

• heard the yearly nutrition and physical activity report, which highlighted the success of the summer feeding program and of the district’s ability to feed all students at no cost to parents; and