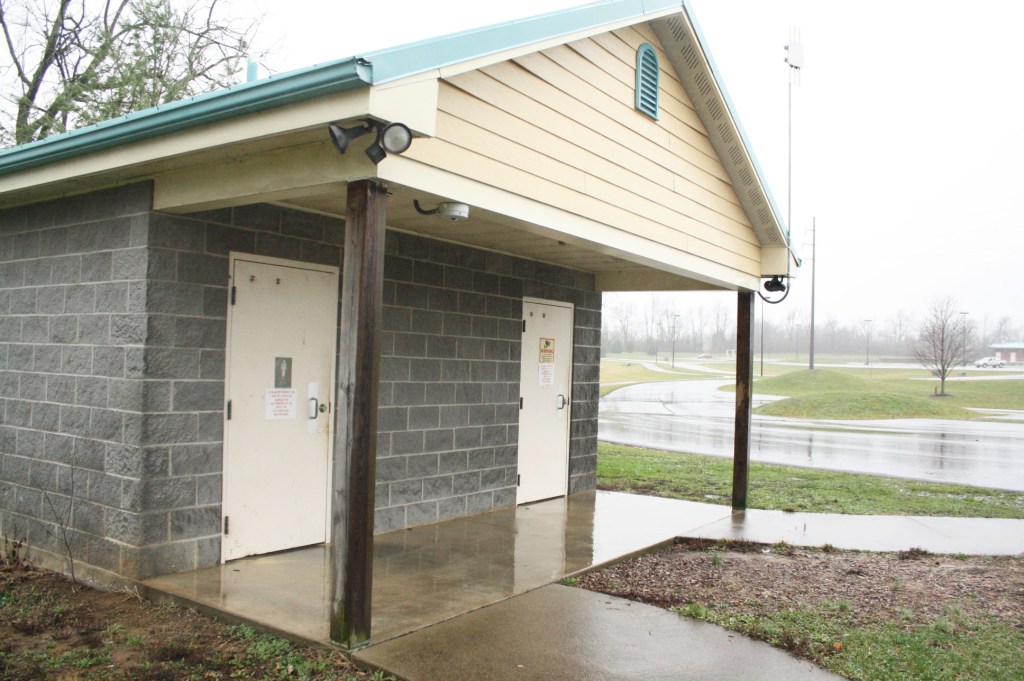 (Photo by Kerry Steinhofer/kerry.steinhofer@amnews.com)  The Ad Hoc Committee approved on Monday to use leftover money from the Millennium Park capital projects to start upgrading the restrooms, which is their top priority for this year.

Money leftover from the addition of new athletic facilities at Millennium Park will be used to begin upgrading the park’s restrooms. Parks and Recreation’s ad hoc committee voted in favor of the plan Monday.

Officials said about $7,000 is anticipated to be left over from a project that added a new softball field, basketball court and volleyball court to the park. Those funds may now go toward restroom improvements, which Parks and Recreation recently decided to make the top priority for 2017.

Judge-Executive Harold McKinney said officials are not sure at this point exactly how much of the estimated $7,000 there will really be left once finishing touches on the athletic facilities are complete. But the ad hoc committee voted to use whatever amount is left for the restrooms. 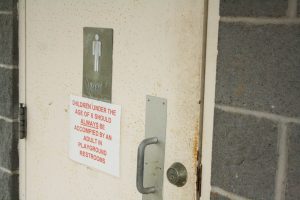 (Kerry Steinhofer/kerry.steinhofer@amnews.com)
The restrooms at Millennium Park are top of the list as far as needed improvements go, according to the Parks and Recreational Committee.

The idea was previously brought up in a fiscal court meeting.

“A couple of magistrates mentioned … if we have any money left over on this years budget, to try to go ahead and do some of the restroom work as soon as possible, rather than having to wait until July,” Magistrate Jack Hendricks said at the time. “And I agree they should be first priority.”

City Manager Ron Scott said he has heard a number of complaints from about how often the restrooms are cleaned.

Parks and Rec Director John Drake said the restrooms are cleaned daily. They are cleaned every morning, but there are times during the weekends and popular sports seasons when it is difficult to keep up with them, Drake said.

There are three people who maintain the restrooms in the morning, but when there are more people using the park, there is no one who is checking them and cleaning them throughout the day, he said.

The leftover funding would go toward improvements to the restrooms, not additional cleaning.

A total of eight public restrooms in Millennium Park have been slated for improvements.

According to Parks and Rec Chairman Roger Ross, painting has already begun with leftover paint and materials on hand.

Another improvement will be LED lights, he said, which will help cut electricity costs. The lights will be equipped with a motion detector to further limit how much they’re used, Ross said. Automatic toilets will help reduce smell issues, he said.

Hendricks said other issues include a lack of changing tables and doors that do not close or lock.