Taking it by storm: Local woman and horse rack up awards 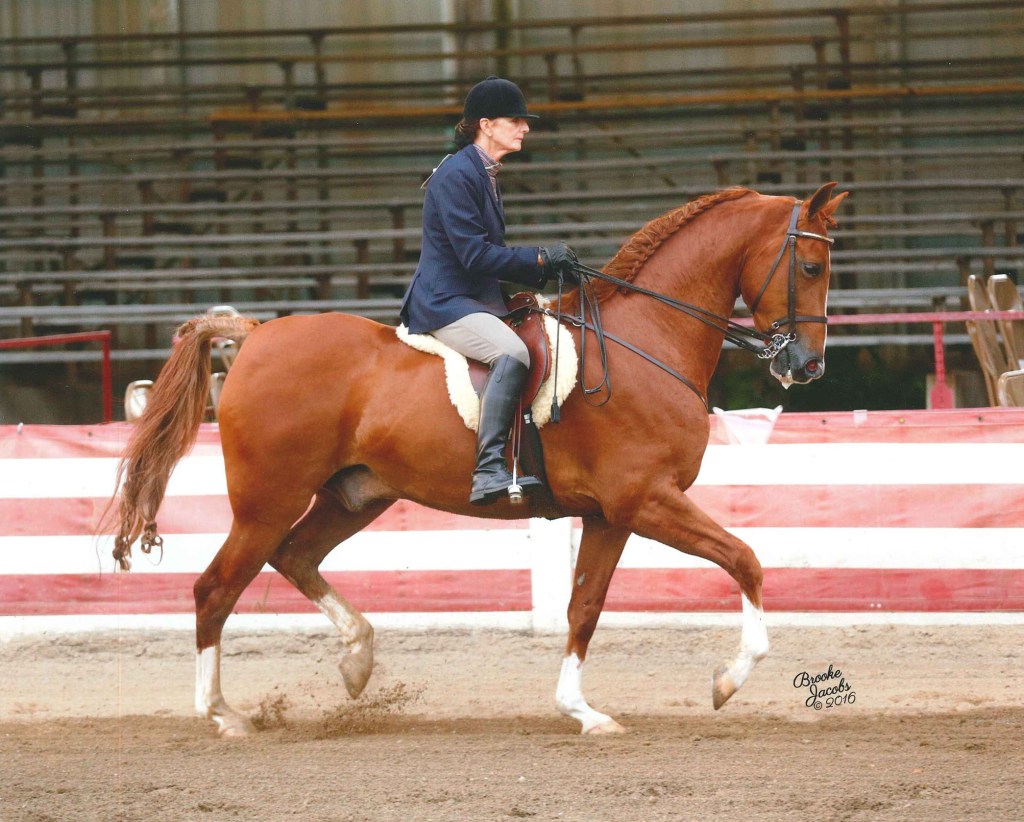 Pamela Kincaid shows her horse Magic Storm at a horse show in 2016 where she won several awards.

When Pamela Kincaid was 17-years-old, she trained her first horse and showed it in a Detroit horse show in the equitation and pleasure division.

“I got reserve champion in equitation and never had a riding lesson, and my mare placed third in the pleasure class and that was the first big Saddlebred show that I had ever shown in, and that was in 1965,” Kincaid said.

“The Saddlebred breed — I fell in love with them — the way they think, the way they move and how you train them,” she said. “I’ve always been enamored by the breed. There’s just nothing like them.”

Kincaid currently owns a horse named Magic Storm, who was born in Danville.

Magic Storm is a 12-year-old Saddlebred that has been in numerous horse shows since he was three. 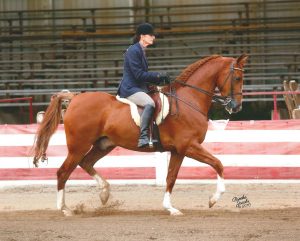 Pamela Kincaid shows her horse Magic Storm at a horse show in 2016 where she won several awards.

“I’ve owned him, trained him and raised him,” she said.

Kincaid bought him as a yearling from a farm in Danville in 2007.

“He has so much personality,” she said. “He’s so kind. And it’s just like your children — whatever you put into the horses, you get back.”

In 2016, Kincaid showed him for the first time in the hunter division and ended up winning reserved champion at the Kentucky American Saddlebred Pleasure Horse Association show.

In the hunter division, Magic Storm also won the Mercer County show in 2016.

While last year was the first year for Magic Storm and Kincaid competing in the hunter division, she said she has shown him in several other shows and divisions and has won a total of 15 blue ribbons — winning eight last year, and has won numerous reserved champions, as well.

“He’s just a pleasure to be around,” she said. “He’s just so willing and wanting to please and he enjoys his job and he enjoys making his mother happy. And I love him right back for it — and he’s spoiled.”

She described how a trainer once told her that she needed to quit spoiling her horses and she said “Well, as long as they keep winning blue ribbons, I’m gonna keep spoiling them.”

Kincaid is originally from Michigan but eventually moved to Florida where she had her own farm, raised and trained horses.

She moved to Kentucky in 2001 to be closer to the horse shows, as it would take her nine hours or more to travel to shows from Florida. She first moved to Versailles, then lived in Stanford and has been in Danville for two years where she lives on a farm and keeps her horses in Harrodsburg.

Due to the number of states she’s traveled to for horse shows, she said she will see friends from all over that she doesn’t see very often.

“The horse world is really small,” she said.

Although she get’s to see several human faces she knows and loves, “For me, it’s about the horses, I’m interested in the horses that are out being shown. They just bring me so much joy.”

Kincaid shared that her favorite thing about the shows is being able to train the horse, being with them in the show ring and having them do well. 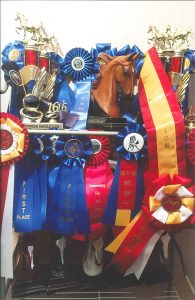 Pamela Kincaid displays the awards Magic Storm has won over the years.

“It’s not about just getting the blue ribbon, it’s the fact you’ve trained them and put so much time and love in and then he ends up winning and enjoys going to the horse shows,” she said. “I enjoy it so much. Words can’t describe what satisfaction you get from having horses and loving the breed and also having them perform for the division you put them in.”

Even though she’s been owning, training and riding horses as an amateur for so long, it’s always been a gratifying experience for her.

“I’ve done it so long and I hope I can keep going,” she said.