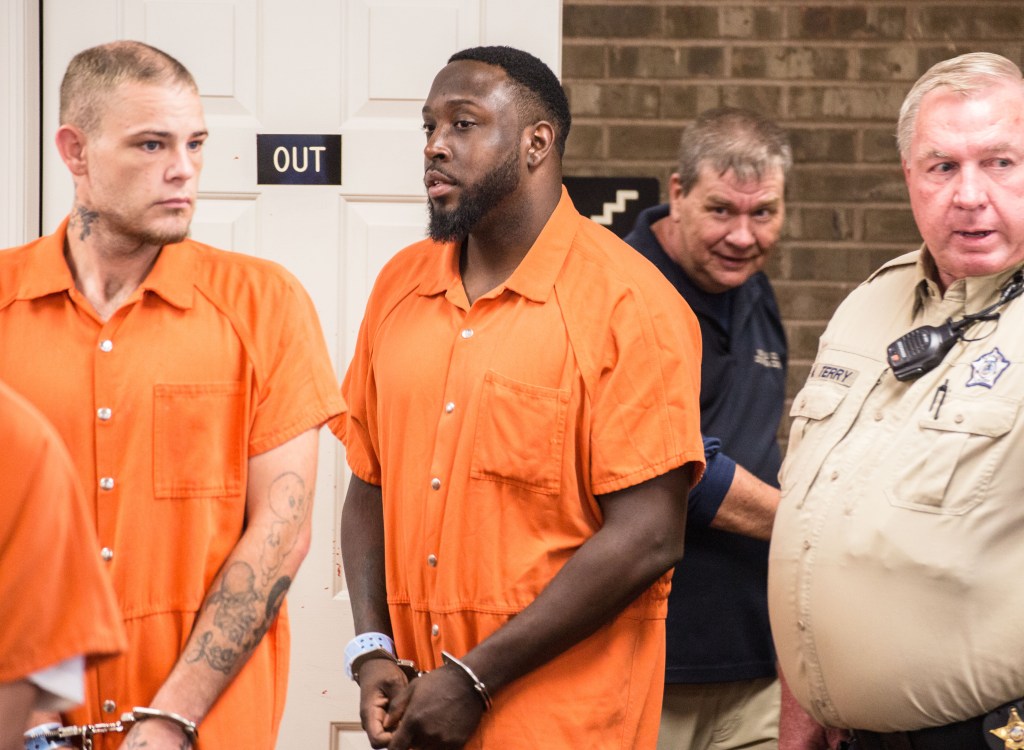 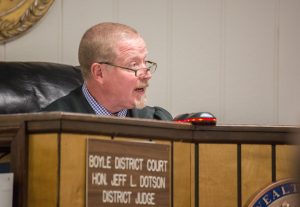 A former Northpoint Training Facility guard accused of sneaking drugs into the prison faced Boyle County District Court Judge Jeff Dotson with his public defender by his side Wednesday, as he waived his right to a preliminary hearing and asked for a bond reduction.

Rahjon Roberto Neal, 26, of Stanford, via his public defender Chad Cole, requested a bond reduction for the current $10,000 cash level to either being released on his own recognizance or to $5,000, 10-percent.

“I’m aware that he is a low-risk. He’s been working as a corrections officer. But the circumstances underlying the case are very serious,” she said. “Four inmates were hospitalized as a result of the contraband he brought in.

“The commonwealth feels that he would be a danger to others if released and a potential flight risk as well.”

Dotson said he would make a decision within 24 to 48 hours. He also said if Neal is not indicted during the next Boyle County grand jury hearing, he would entertain requests again. 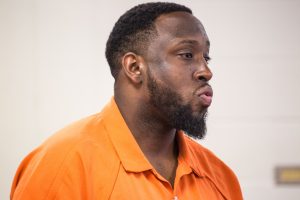 According to an arrest citation obtained on Tuesday from the Boyle County Attorney’s Office, Neal is accused of bringing drugs into the Northpoint Training Center, where he was employed. Inmates then overdosed on the drugs.

The file states Neal admitted to sneaking a drug identified as “Spice” into the center.

“(Neal) had met with a girlfriend of one of the prisoners and snuck the ‘Spice’ into the prison in his boot,” the citation reads. “Several inmates of the prison have ‘overdosed’ and have been transported for medical treatment.”

The file states that Neal brought the drugs in around 4:30 p.m. Friday, and was arrested about six and a half hours later. He is being held on one count of first-degree promoting contraband, a Class D felony.