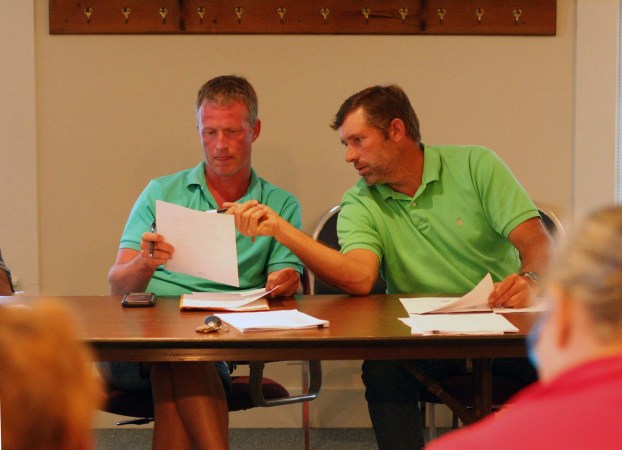 Taxpayers in Perryville are expected to see a rate increase in their real and personal property tax rates, while the motor vehicle rates will decrease, based on Thursday night’s first reading of the rates at the Perryville City Council meeting.

Last year, the rates dropped compared to the previous year, to the vocalized delight of the council. This year, however, council members felt the difference that could be made in a few extra cents per $100 was too big to skip.

“I feel like we need to take the 4-percent growth rate, not the compensating rate,” said council member Julie Clay. “That’s a difference in 33.4 cents versus 34.7 cents, but it will produce us a whopping almost $3,000 more a year.”

“We’ve always tried to kind of stay to the compensating rate,” he said. Caldwell was one of the members who help set up the budget for the coming year, and said he felt it was necessary to take the increase.

“Police and fire don’t get any cheaper,” Clay said. “Neither do sidewalks.”

The city, pointed out council member Steve Bailey, “has to operate.”

“And we have to provide public safety … streetlights. It makes more sense,” Clay said.

Garbage rates being passed on to the city are also expected to increase, based on a new solid waste plan being rolled out.

The tax rate discussion also included conversation regarding the city’s abandoned urban property tax rates, which were $7.50 per $100 for the 2016 roll. The rate had gone up from $5 the year before.

On Thursday, the council decided to lower that rate for the 2017 roll to be $2 per $100 for any property that finds itself on the Abandoned Urban Tax Roll as of Jan. 1.

“Our ordinance is fairly punitive. I feel like we need to be in rehabilitation rather than punishment,” she said. “That’s been a hotbed for us all.”

Caldwell agreed with lowering it.

“I don’t think we have a problem with it anymore,” he said.

HARRODSBURG — What does the future of incarceration look like in Boyle and Mercer counties? No one knows right now,... read more