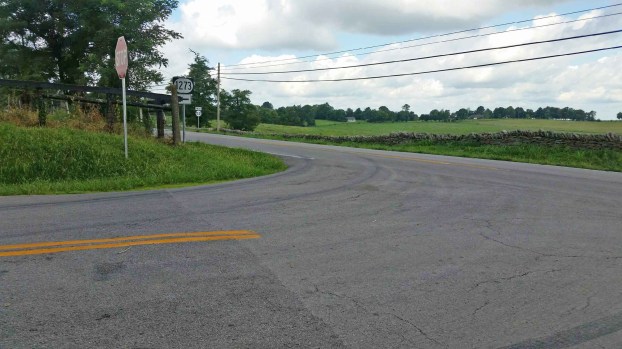 A Lexington man was killed in a motorcycle crash at about 9 p.m. Thursday night on Ky. 52 near the intersection of Chrisman Lane.

Matthew Alsept, 34, of Lexington was driving a blue 2004 Kawasaki and traveling toward Lancaster, according to Boyle County Sheriff’s Deputy Philip Dean.

Dean said Alsept was following a friend in another car.

Dean said it is believed Alsept lost control before the motorcycle left the road, flipping multiple times. Alsept was not wearing a helmet.

“It appears weather was a factor,” Dean said.

That section of Ky. 52 is fairly straight, but that there was a “heavy downpour” at the time Alsept would have driven through there, making driving difficult, Dean explained.

Alsept was transported to the Ephraim McDowell Regional Medical Center, where he was pronounced dead.

A toxicology report is pending, and Dean said the investigation is ongoing.

The road was closed for about an hour after the wreck.

The historic Second Street Christian Church in Danville will be getting a needed update after the Danville Architectural Heritage Board... read more