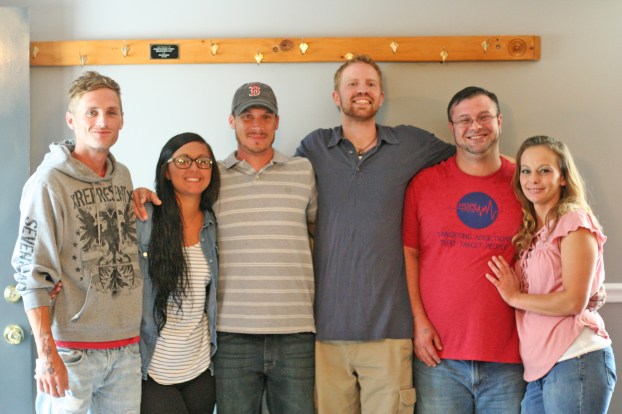 The first class of the Shepherd’s House intensive outpatient program graduated on Monday, celebrated before a crowd of community leaders and residents, and fellow program participants. 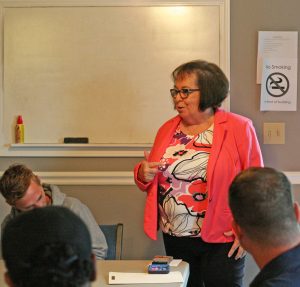 “They’re walking out of here today, hopefully, as free men and free women,” said Patsy Harmon, office manager of the facility. “It’s a new adventure. They’re going to have control of their life again … Sometimes people give up on people. We’re not giving up. They’re special to us.”

The Danville facility officially opened in February, accepting 17-20 clients from the Boyle County Detention Center for the first class. They were to be residents of Boyle or Mercer counties to participate.

Shepherd’s House has other locations, and is based in Lexington as a 12-18 month transitional residential treatment location for men. Shepherd’s House also operates the Substance Abuse Program in the Boyle County Detention Center.

Roger Fox, program director at the Shepherd’s House outpatient facility in Danville, said he was proud of the six graduates. 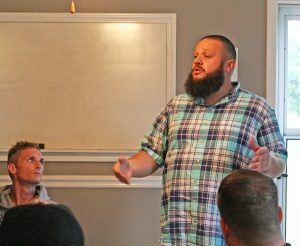 “I’ve been around a lot of graduations, being around the Shepherd’s House and in and out of a dozen treatment centers in my life. I’ve never been more proud than of this group,” Fox said. “I’m excited — I couldn’t sleep last night.”

Fox, who took over as director following Shannon Gillespie’s departure, said he had learned a lot from her, starting with how important it was to meet the clients where they were in their process of rehabilitation and help them to move forward.

“These six put in 100 percent. We matched them. They left here mad at me some days, but they know I care. What’s important is, the next day, we both showed up. We tied our bootlaces a little tighter and we just kept digging,” he said. “It is an honor to present these certificates.”

All six of the participants have full-time jobs and pay taxes, Fox said, and they have learned so much. Other clients still in the program told their predecessors to make sure to stay clean, that they would miss them in the group and they still needed them to visit sometimes. 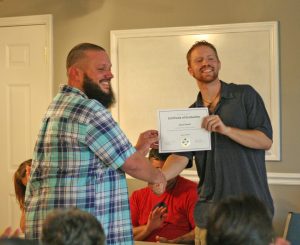 Graduate Jason Bizzell said he was grateful for the staff because they believed in him more than he believed in himself when he started. Bizzell is now considering a management-related position at his job and looking toward potentially going to college, Fox said.

He was followed by client Justin Morgan, who said he had burned a lot of bridges over the years and, prior to Shepherd’s House, had built up a routine of falling into the same lifestyle.

Morgan said he did mess up, but was able to work through it this time, instead of having to “hit the brakes” and go back to jail. “To learn how to work through it and not have those bad days again is the most amazing thing ever,” he said. “I feel like now I can help others better, having that sort of understanding and the feeling of what that is.” 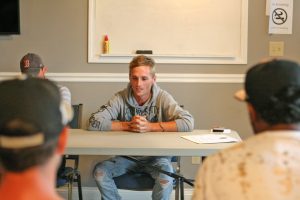 Kendra Peek/kendra.peek@amnews
Justin Morgan says a few words during the Shepherd’s House graduation on Monday. He was one of six graduates from the non-residential treatment program.

Morgan now works at the Danville-Boyle County Humane Society, which he says he fell in love with and gave a shout out to his boss at the shelter, Dan Turcea.

“He gave me a chance,” he said. “I didn’t have a lot of doors open and he threw the doors open and said come on in. It’s been absolutely life-changing. I love it. I know what career I want … I have a plan moving forward, for the first time.”

The participants also heard from Boyle County Judge-Executive Harold McKinney, Magistrate Phil Sammons and County Attorney Lynne Dean who said she had spent time prosecuting some of the clients in the past for drug-related charges, and was happy to see them be able to turn things around. 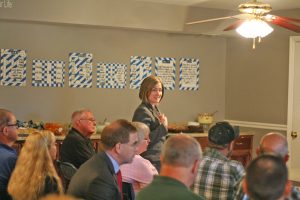 Kendra Peek/kendra.peek@amnews
County Attorney Lynne Dean congratulated the graduates on Monday, and said she was proud to see the changes in them, some of whom she had prosecuted at some time prior. 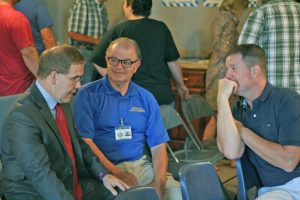 ‘Wonderful and glorious’ Planned changes in the structure of the Danville-Boyle County Economic Development Partnership are already liberating the Convention... read more