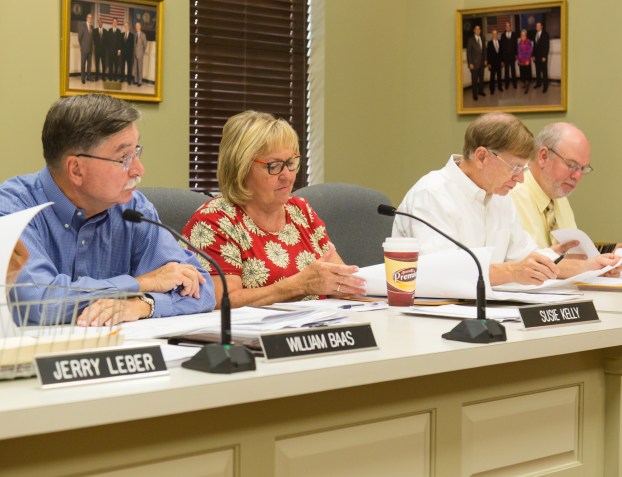 A pair of issues that previously faced substantial debate and discussion received swift approval during Wednesday’s meeting of the Danville-Boyle County Planning and Zoning board.

Board members voted to recommend approval of new design guidelines for the downtown historic district; and they gave the OK to a site plan for a rebuild of the McDonald’s on Jane Trail.

Previous public meetings held to discuss the design guidelines have been at times contentious, as residents have argued with Architectural Heritage Board members about how permissive the guidelines would be.

At Wednesday’s P&Z meeting, there was no debate: AHB member Julie Wagner presented the basics of the guidelines; P&Z member Vince DiMartino asked one question confirming people can appeal AHB rulings to the city commission; no members of the public made any comment; P&Z attorney Henry Smith said he saw no problem with approving the guidelines; and a vote to approve them passed unanimously.

It’s now up to Danville City Commission to give a final nod to the guidelines before they could take effect.

The design guidelines dictate how building renovations and construction are done inside the historic overlay district, in order to preserve the historical value of the area.

AHB members say the new guidelines would substantially relax the rules, allowing them to approve more projects and giving owners more leeway to make repairs without coming to the AHB.

Some members of the public have taken issue with the phrase “not appropriate,” which is used frequently in the new guidelines. They have said they want further loosened language to guarantee more freedom to property owners. AHB members have said the “not appropriate phrase” already gives the AHB a lot more freedom than it previously had to say yes to projects, and that changing the phrase would interfere with the AHB’s main purpose of granting “certificates of appropriateness.”

The P&Z Commission voted unanimously to approve a site plan for the rebuilding of a McDonald’s restaurant along Jane Trail near Walmart in Danville.

The restaurant’s request to rebuild had been held up at the Board of Adjustments for a few months, as officials considered a complicating factor — a high-pressure gas line that runs underneath the property.

Last month, the BOA approved a variance allowing the restaurant to be constructed in such a way that it encroaches on a 25-foot setback created by local ordinance, but not on the actual easement over the gas line owned by the utility company.

P&Z Director Steve Hunter said now McDonald’s will have to get an approval at the state level before coming back to the local P&Z board for a zoning permit.

“They’ve got a long road ahead of them to basically start getting this project moving,” Hunter said.

The current Jane Trail McDonald’s has been around since at least 1981, according to Roderick Saylor with GRW Engineers, who presented to the BOA in June.

The dual-drive-thru “Ribbon and Blade” style building that McDonald’s plans to build in its place is the international restaurant chain’s newest architectural design, Saylor said in June.

Representatives for Kinder Morgan, the owner of the gas line, plan to be on-site to monitor construction of the new restaurant and ensure the line is protected.

• accepted the resignation of recently appointed P&Z Commissioner Clyde Mullins, who wrote that work-related requirements prevented him from continuing to serve;

• approved a site plan for a new dialysis clinic at 100 Woodlawn Way; and