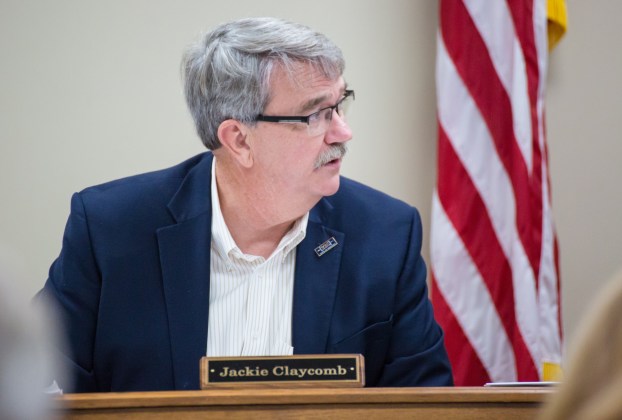 The Boyle County Detention Center has “a host of deficiencies, deferred maintenance issues and is severely overpopulated,” according to a jail and justice system assessment report released by the National Institute of Corrections Jails Division on Friday.
The report states that Boyle and Mercer counties are “willing to begin” the evaluative process of fixing the jail, but doing so will require a lot of work — “the formation of a number of planning committees, including the already(-formed) Joint Jail Committee, and the potential use of outside resources to support this effort.”
It makes seven recommendations for next steps:
• formation of a criminal justice coordinating committee as a new entity or an expansion of the Joint Jail Committee;
• development of a criminal justice system master plan “that includes detailed data analysis and cost-benefit evaluations of all potential options for improving the criminal justice systems;”
• correction of “a number of health and safety issues” with the detention center building;
• continued use of NIC’s free New Jail Planning Initiative;
• development of an “objective inmate classification plan,” as “the current classification system used by Boyle County has not been verified and appears to be lacking;”
• completion of a staffing analysis to determine if there are enough workers at the jail to operate it safely; and
• development of additional alternatives to incarceration that could relieve overcrowding in the jail.
NIC completed the study at the request of Boyle County Judge-Executive Harold McKinney, who was working on behalf of the Joint Jail Committee. Dave Boucher and David Bostwick were chosen by NIC to conduct the study, which included an in-depth tour of the detention center facility and more than a dozen interviews with local officials.
“The team found the jail has a host of deficiencies, deferred maintenance issues and is severely overpopulated,” the executive summary of the report reads. “A regular community meeting was not held at the request of Judge-Executive Harold McKinney. Therefore, a Powerpoint presentation of slides from the facility tour and other regular information contained in the program was not developed and presented. In lieu of a more general community meeting, a closed-door discussion of the consultant’s impressions and elements of the planning process was held instead.”
The consultants emphasize in the report that “this isn’t just a jail issue, but a criminal justice system issue.”
The Joint Jail Committee sought the NIC report while it also solicited companies to conduct more comprehensive studies of the jail’s issues and offer recommendations on what improvements to make.
Three finalists to conduct a jail study — Brandstetter Carroll, CGL and HDR Inc. presented to the Joint Jail Committee in early August. Joint Jail Committee members have since said they’re most interested in either Brandstetter Carroll or HDR.
HDR would conduct a four-month study at a cost of $75,000. Brandstetter Carroll initially said its four-month study would cost $78,500, but Mercer County Judge-Executive Milward Dedman said Friday that the company has now submitted a letter lowering its price to match HDR at $75,000.
At the Joint Jail Committee’s regular August meeting, members delayed choosing a company while they awaited the NIC report. They passed a motion from Dedman that they would decide “one way or another” at their Sept. 8 meeting, regardless of whether the NIC report had been released.
But McKinney said Friday he hadn’t had enough time to digest the content of the NIC report and wanted to wait to choose one of the companies until the next Joint Jail meeting in October.
“I think we make that decision next time, unless somebody thinks I’m wrong,” McKinney said.
Other members agreed.
Dedman said he has read the report “but very quickly.”
Boyle County Attorney Lynne Dean said she has “gone over several things” in the report, but would “like some more time to let it soak in.”
Mercer County Attorney Ted Dean said he had been skimming the NIC report during the Joint Jail meeting, but couldn’t give it a good read while he was also participating in the meeting.
“I think we hold this … decision until the next meeting, but we make a decision at that point,” McKinney said. “I’ll make that motion.”
Lynne Dean seconded and the motion passed unanimously.
You Might Like

Stuart Powell, giant of autos and aviation in Boyle County, dies at 89

IF YOU GO Funeral arrangements for Powell are through Preston-Pruitt Funeral Home in Danville. Visitation will be 2-4 p.m. and... read more