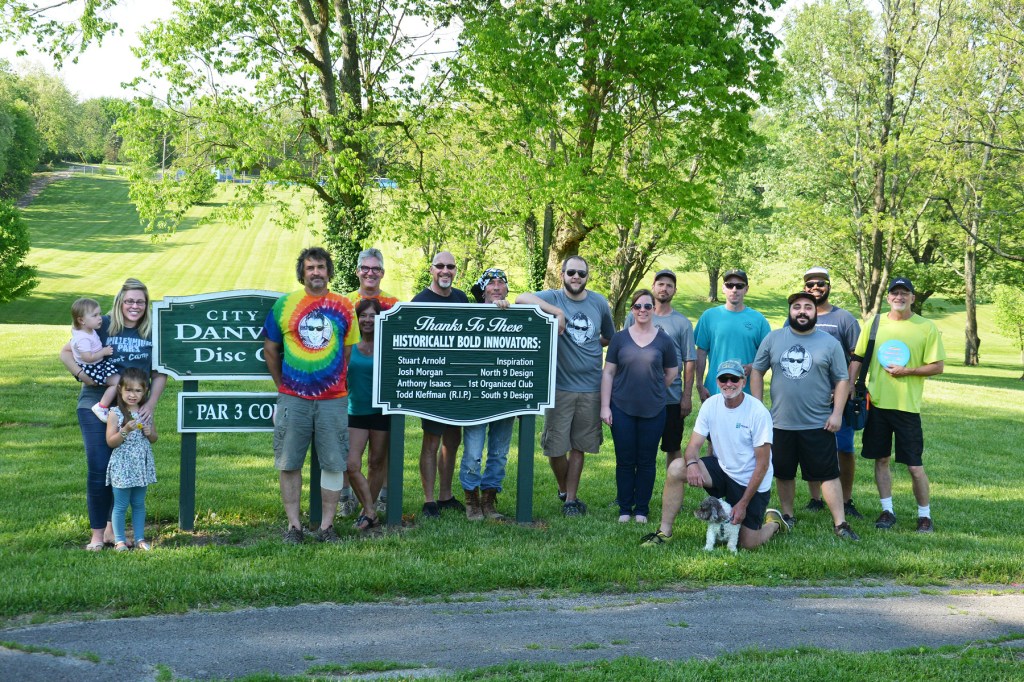 A group of disc golf enthusiasts gathered Thursday evening at Jackson Park to recognize and dedicate a new sign featuring the names of those who were instrumental in creating the 18-hole, par three course, then played disc golf until dark. Danville City Commissioner Rick Serres was on hand to talk about each of the men named on the sign: Stuart Arnold is credited with being the “inspiration” for the course; Josh Morgan is credited for design of the north nine holes; Anthony Isaacs is credited for the first organized disc golf club; and the late Todd Kleffman is credited for design of the south nine holes. 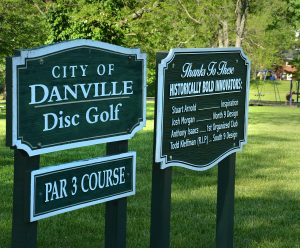 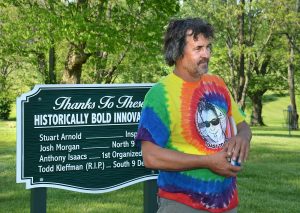 Troy Kleffman stands near the sign thanking his late brother, Todd Kleffman, before playing a round of disc golf Thursday evening at Jackson Park. 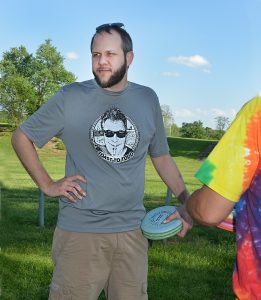 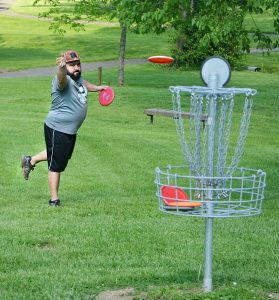 Derrick Lange practices a putting throw before the dedication of the new sign. 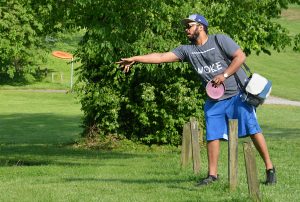 Arthur Denman, of Stanford, a putting throw before the dedication of the new sign.

City Commissioner Rick Serres talks to a group of disc golf fans about each of the men who were responsible in creating the 18-hole disc golf course at Jackson Park Thursday evening.