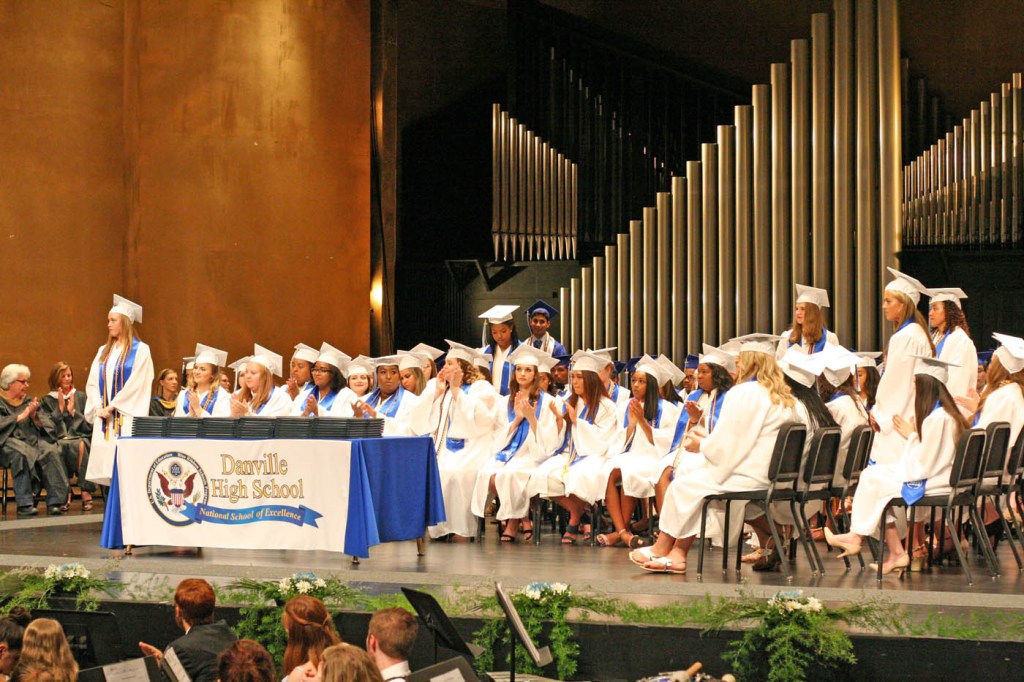 Kendra Peek/kendra.peek@amnews.com Students who spoke during the Danville High School Graduation stood after speaking to be recognized. 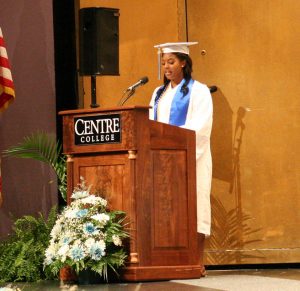 Students laughed and cried their way through Friday’s Danville High School graduation, as 122 students participated in the school’s commencement ceremony at the Norton Center for the Arts on the campus of Centre College.

Jaden Mays, senior class president, teared up as she took classmates on a journey, giving a shout out to her grade school friends and those who “kept her sane” in high school.

“I ask myself daily, how did it go by so fast? It seems just yesterday we were skinny little freshman,” Mays said.

She thanked her little brother for “playing school” with her, teachers for sharing their time and her classmates, smiling as she teared up at the end.

Kirby Harrison-Alcorn, president of student council, echoed similar sentiments about the ways students had excelled, academically and athletically throughout their four years at Danville High School. 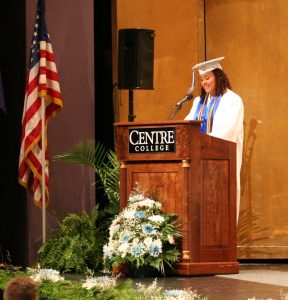 “We put the fun in dysfunctional,” she said, as the crowd laughed.

Valedictorians Haley Akers, Elizabeth Joiner, Elisabeth Naismith and Saif Siddiqui also brought out laughter from the crowd as they introduced themselves one word at a time, because they were “only given five minutes,” the four-some said.

Siddiqui shared that the four had taken every class together in the school, so it was fitting for them to finish out the student speeches together. 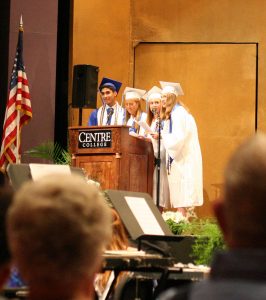 The valedictorians also shared individual things about different teachers in the school, giving some a hard time and showing all their love.

There were 122 students to graduate from Danville High School on Friday: 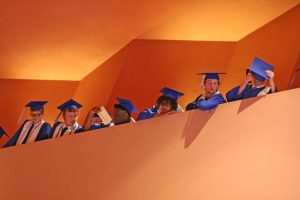 Kendra Peek/kendra.peek@amnews.com
A group of graduating Danville High School boys line the rail waiting for their turn to enter the ceremony Friday night. 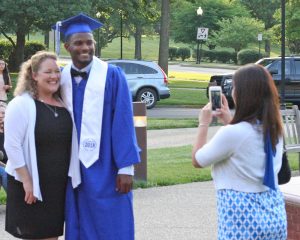 View more photos from the graduation.