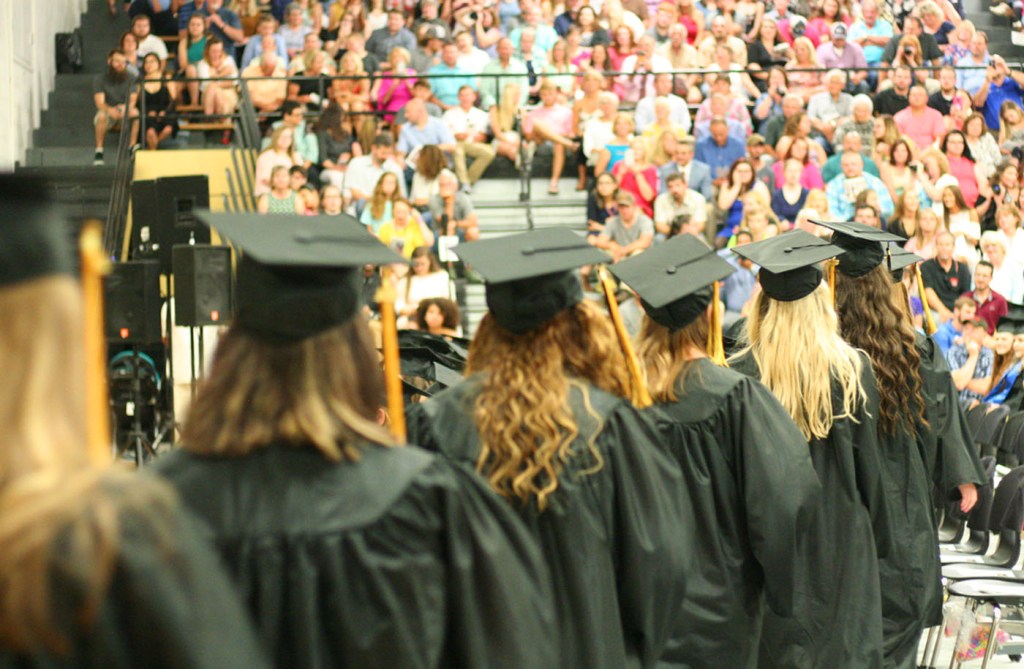 Kendra Peek/kendra.peek@amnews.com Students return to their seats after receiving their diplomas. 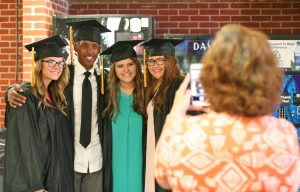 Change is a good thing — and so is failure.

“Failure is worth the risk if you’re lucky enough to have the opportunity to follow your dreams,” she said.

She encouraged her classmates to stand up for their passions and realize that change is a good thing.

Burns, Kendrick said, “is living proof that it must be possible to be in two places at once.”

The two embraced as Burns took the stage.

“Chance has contributed so much to the atmosphere of Boyle County High School,” Gilliland said, sharing more of Naylor’s activities. Naylor was also a Governor’s Scholar. 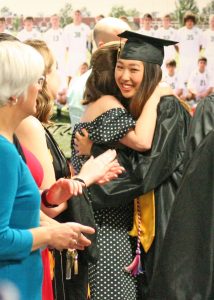 Naylor shared some of his class’ achievements, including winning the first football state title for the district in several years; multiple state championships for the girls’ track team; and the distinction of the class of 2018 having the highest ACT average in school history.

Naylor told his classmates it was up to them to decide their futures.

“The Merriam-Webster dictionary defines the future as — actually, who cares? So what if people think they know what the rest of your life will look like? So what that others have plans about where they’re heading? So what if your future looks cloudy right now? So what?” Naylor asked.

He encouraged his classmates to blaze their own trails to the future.

“You don’t have to be what anyone else wants you to be. You have unlimited freedom to be what you want,” Naylor said. “So be something great.”

Earlier in the program, students recognized all teachers by having them stand. Graduate Danielle Roney said it was especially important to recognize teachers in light of “the year teachers around the state have had.”

“You are loved, you are appreciated, you are valued and we are very grateful. When we hug you tonight and tell you ‘Thank you,’ know that we mean it from the bottom of our hearts,” Roney said.

One teacher in particular, Paula Thomason, was recognized. Thomason is retiring this year. Graduate Rebecca Tarter said Thomason was the perfect mix of “class and sass,” and that she had been much more than a teacher to all of her students. 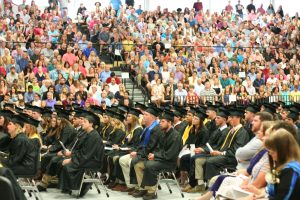 There were 242 students who graduated Friday night: